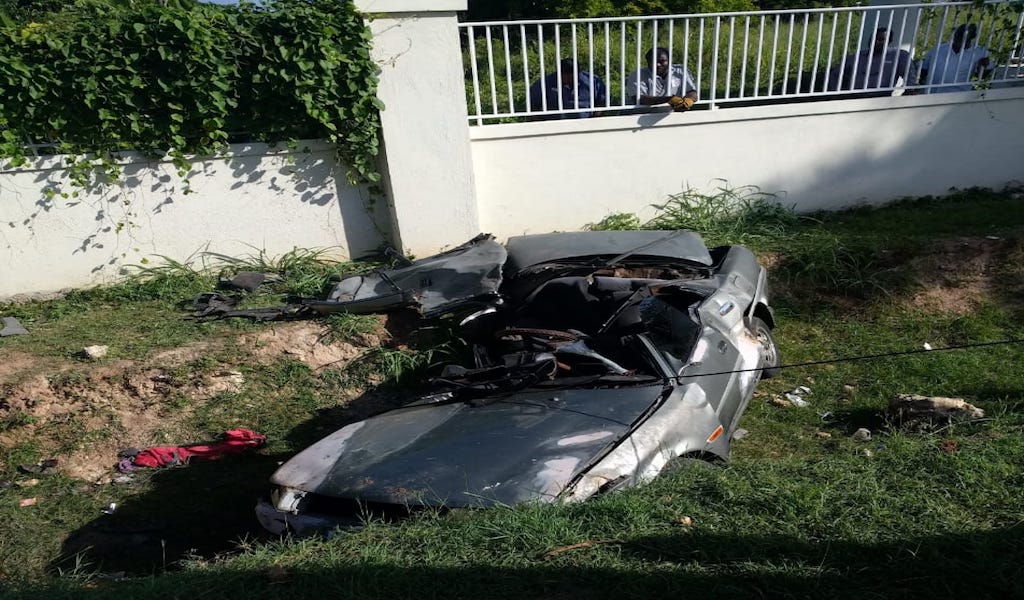 The mangled remains of the Toyota  Cressida motor car that was involved in the fatal crash on Tuesday.

Three students of the John Rollins Success Primary School remain in critical condition at the Cornwall Regional Hospital, following a motor vehicle accident in which two of their schoolmates and the driver of the motorcar were killed Tuesday morning.

The two dead students have been identified as eight-year-old Tiara Thompson and six-year-old Latisha Williams, both of Providence Heights, St James; and the driver, Kevin Hamilton of the same address.

Reports are that, shortly after 7:00 pm, Hamilton was driving his Toyota  Cressida motor car along  the Rose Hall main road in St James when he lost control of the vehicle which ran off the road and overturned.

The impact of the crash caused multiple injuries to all the occupants of the vehicle. The driver succumbed to his injuries on the spot while Thompson and Williams, who were among the five students taken to hospital, passed away while being treated.