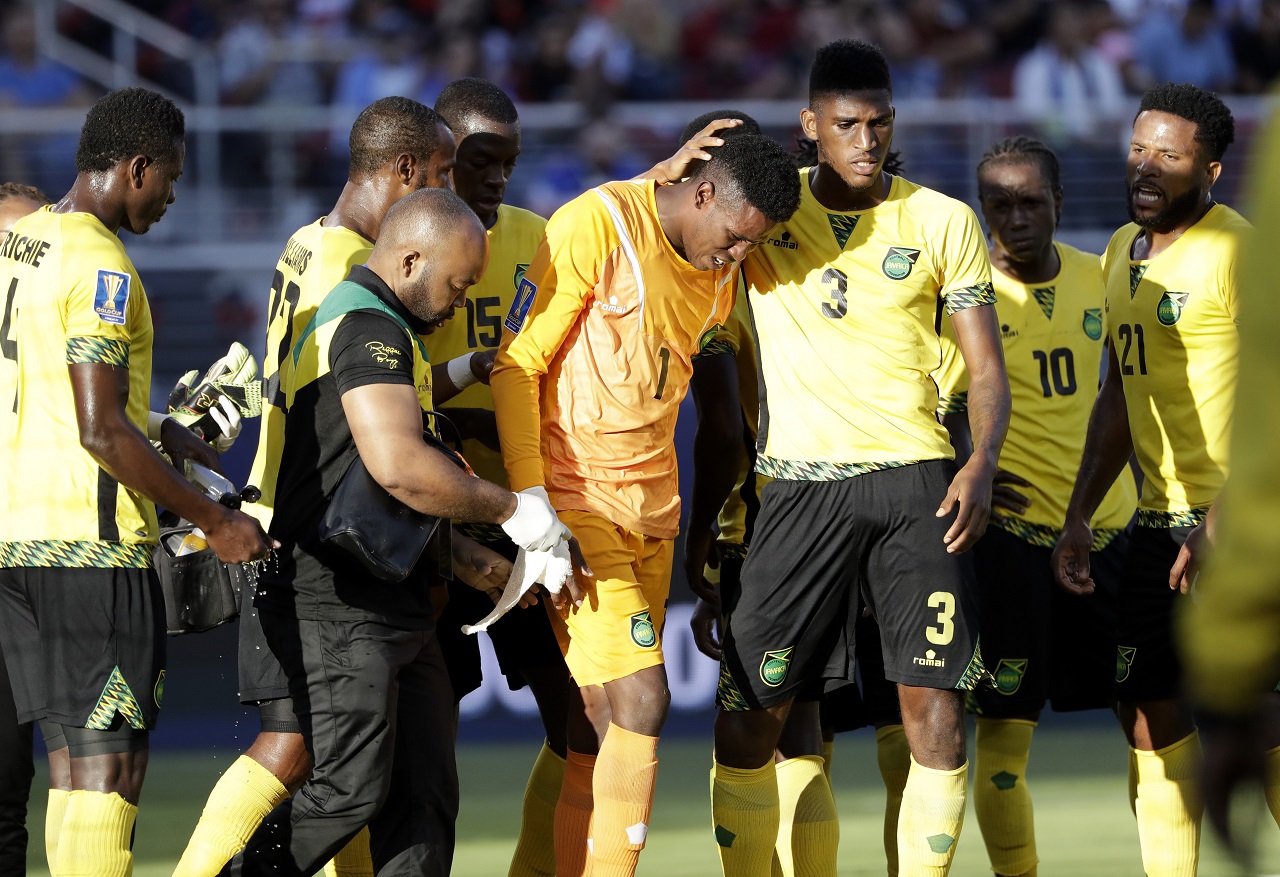 Jamaica goalkeeper Andre Blake, center, walks off the field after being injured during the first half of the Gold Cup final against the United States in Santa Clara, Calif., on Wednesday night.

Beaten Gold Cup finalist Jamaica have been rewarded with three spots in the tournament's Best Eleven, while after winning Wednesday's final, the  US earned plenty of honours.

The Reggae Boyz included in the tournament's Best Eleven are goalkeeper Andre Blake and defenders Kemar Lawrence and Jermaine Taylor.

Blake, who was injured in the tournament finale received another honour. He won the Golden Gloves as the tournament’s best goalkeeper.

Blake showed why he was named the 2016 MLS Goalkeeper of the Year in leading the Reggae Boyz to the final.

After conceding just one goal in the group stage to El Salvador, Blake was at his best in the 1-0 semifinal win over Mexico by making a number of reaction saves.

Lawrence was the hero of the Reggae Boyz stunning semifinal win over Mexico. He also enjoyed a very solid tournament at the left-back spot, frustrating opponents with his close-down speed.

After heading a ball off the goal line in a 0-0 draw against Mexico in the group stage, Taylor was back again tormenting Mexico in the semifinal and helping Jamaica secure that historic 1-0 win. He was just as good against the U.S. in the final.

American midfielder Michael Bradley took home the Golden Ball as tournament MVP. He was called into the group stage and played all 270 minutes of the knockout rounds.

The tournament's Best XI is completed by Giancario Gonzalez of Costa Rica and Edson Alvarez of Mexico.

In Wednesday's final, Jordan Morris scored an 88th-minute winner as the United States claimed a dramatic 2-1 victory over Jamaica's Reggae Boyz for their sixth title at the Levi's Stadium.