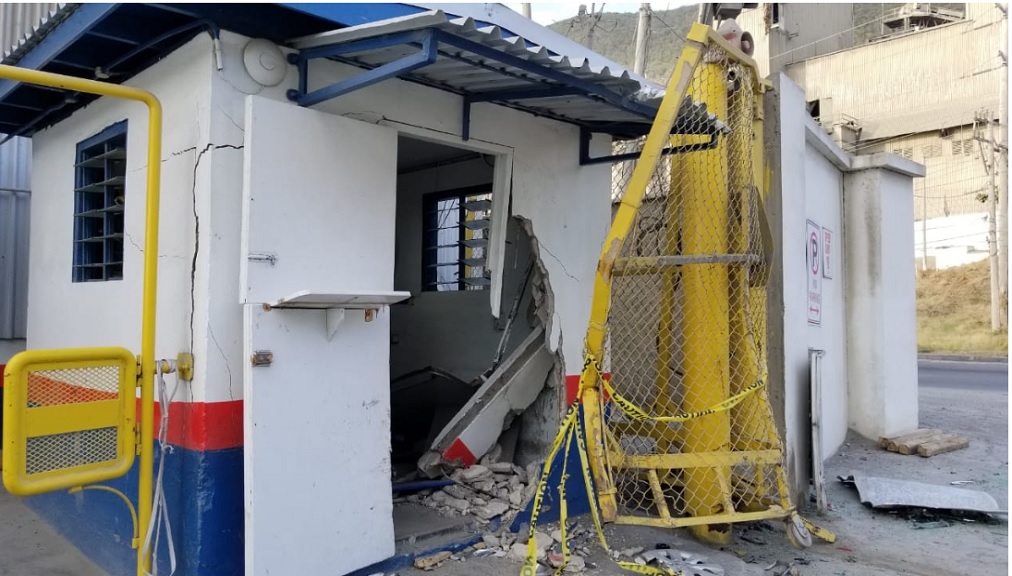 Three males, believed to be students of the University of Technology (UTech), died from injuries they sustained in a motor vehicle crash in the Rockfort area of the Sir Florizel Glasspole Highway in Eastern Kingston on Thursday morning.

A pregnant woman was also injured in the single-vehicle collision.

Reports are the students were traveling in a vehicle which the driver lost control of, resulting in the unit slamming into a guardhouse at the exit from Caribbean Cement Company.

Further reports are that about 2am, a Toyota Premio motorcar was being driven towards downtown Kingston when the driver lost control of the vehicle, resulting in the collision.

The three male occupants of the vehicle died on the spot.

A pregnant security guard who was in the guardhouse at the time of the crash, suffered minor injuries from the incident.

The police believe speeding was the cause of the crash.