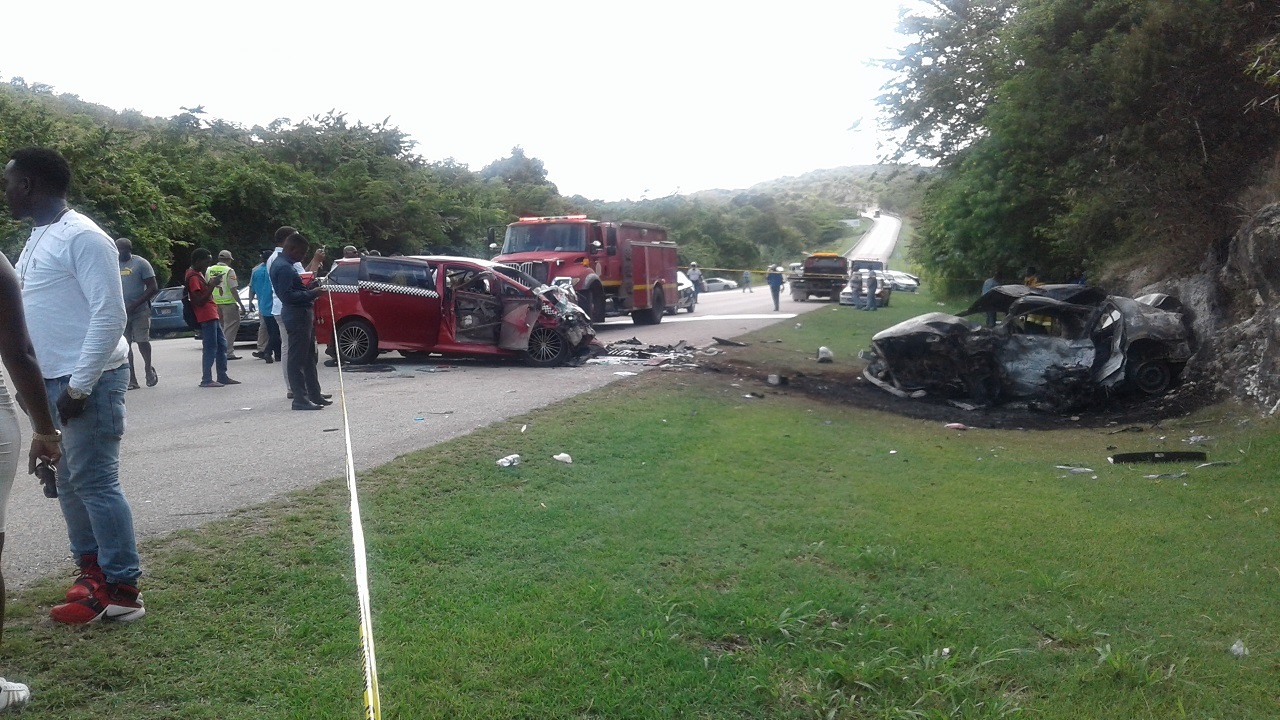 The tragic scene where three persons died in a two-vehicle crash along the Duncans main road in Trelawny last Monday.

Up to late Saturday afternoon, the Trelawny police had still not identified the three persons, including a female, who died from injuries they sustained during a fiery motor vehicle collision involving two cars   along the Duncans main road in Trelawny on Monday afternoon.

However, a police source indicated that the Nissan Tiida which was involved in the crash, and which burst into flames, had been rented from the owner in Montego Bay.

The two occupants of the Nissan Tiida were burnt beyond recognition after the car burst into flames following the impact of the collision.

A female passenger from the Toyota motorcar received multiple injuries and also died on the spot.

The Trelawny police are asking anyone with information that can lead to the identification of the three deceased persons to come forward and assist with the investigation.