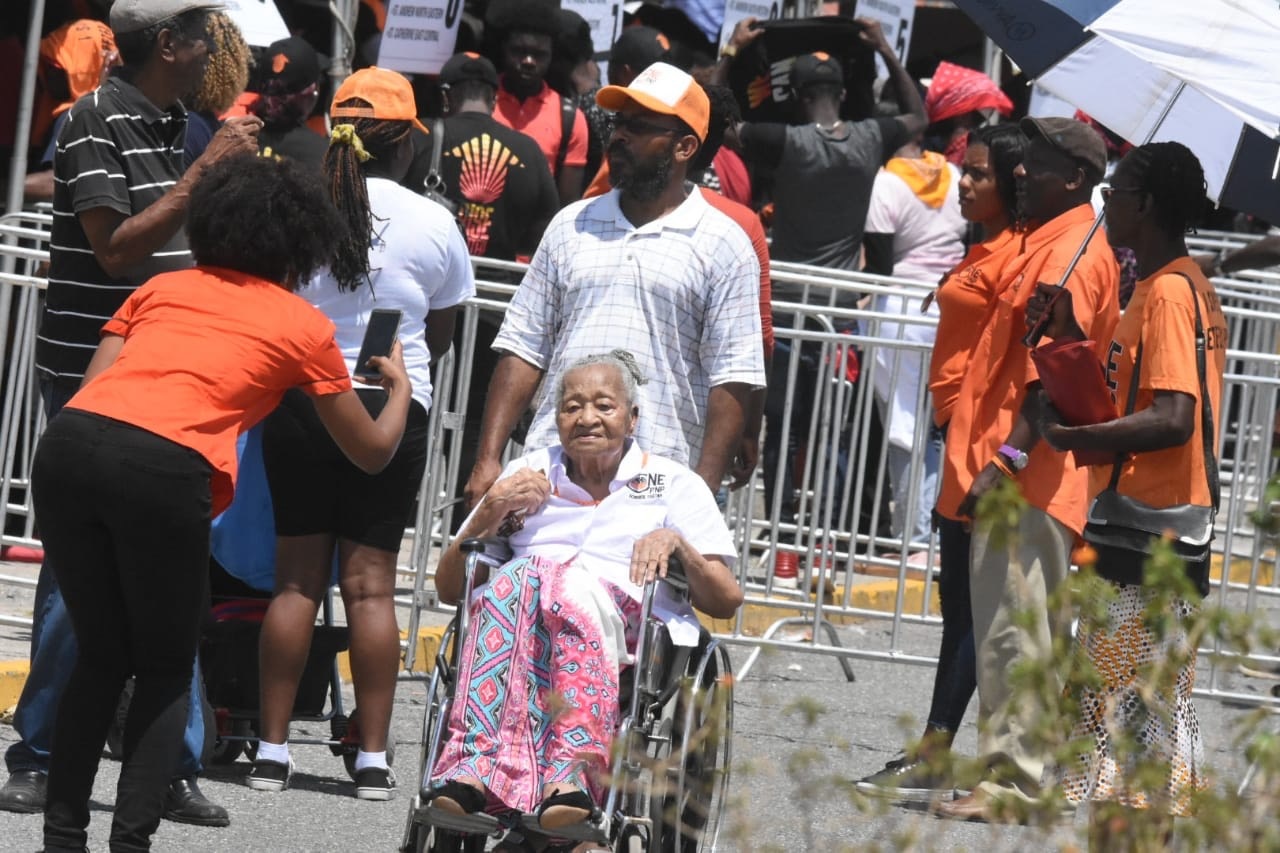 Independence Park was a beehive of activity on Saturday as members of the Opposition People's National Party (PNP) converge on the complex to cast the ballots for their candidate in the presidential election.

The venue has been split into two designated areas with incumbent leader Peter Phillips and his throng of supporters occupying the section beside the National Area. Challenger Peter Bunting and his merry band of supporters, brought party vibes to the car park close to Mass Camp.

Both camps have sound systems upping the energy level of the supporters through a mix of music that includes current chart-toppers as well as those from yesteryear.

At the time when Loop News reporter Job Nelson visited the camp of Peter Bunting, the selector drew dup plates from til acts that further excited the crowd.

Supporters of both camps are confident of victory as delegates enter the National Arena where the voting is being conducted, by Electoral Office of Jamaica officials.

Anthony Johnson, who is supporting Peter Phillips said, "we know that Peter Phillips will win as his track record in politics is stellar and the delegates will not be fooled."

The festive atmosphere started long before reaching Independence Park, as busloads of PNP supporters, some donning paraphernalia of their favourite candidate, headed to the venue with flags waving through windows.

Leading to the complex, Arthur Wint Drive was lined with the usual political flags of Phillips' One PNP campaign, with the Mountain View entrance having feather banners with Bunting's Rise United messages.

The vendors were also doing brisk business in the mid-morning sun heat.

Time come for the real Peter to stand

Fitz Jackson says all is in place for PNP presidential election