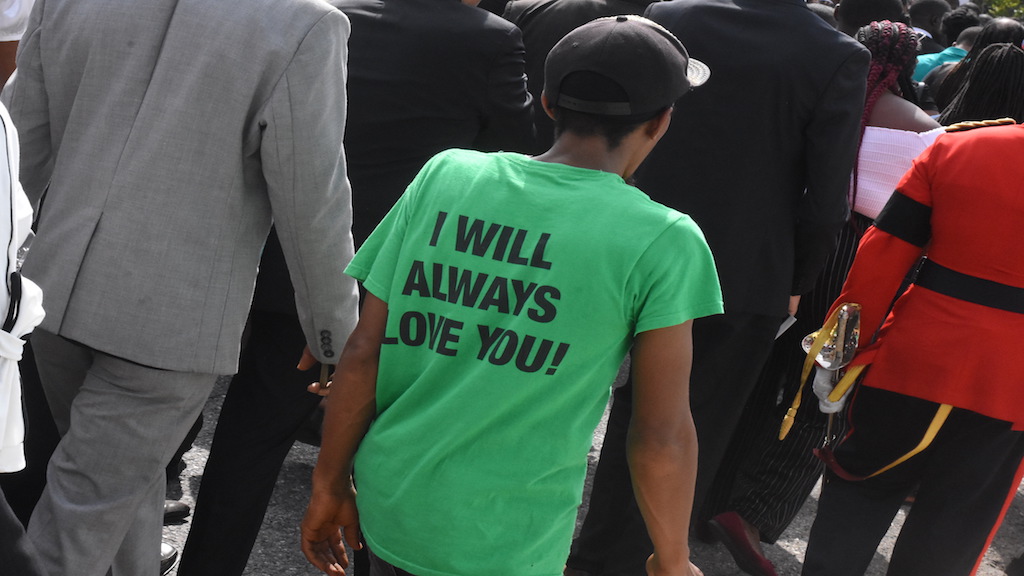 The trek to the National Heroes Park was arduous, but for the selected members of the island's uniformed corps, they battled the rays of the fierce sun gallantly to escort the body of Edward Seaga to its final resting place.

With sweat flowing profusely from their skins, drenching the uniforms that they wore proudly, they marched mostly behind the hearse of Roman's Funeral Home from the service at Holy Trinity Cathedral to Heroes Park.

The journey started at the front of the cathedral and travelled west along North Street to Duke Street, before turning north to the National Heroes Park. Though fairly short, the burning mid-afternoon sun made it a difficult task for even the brave. 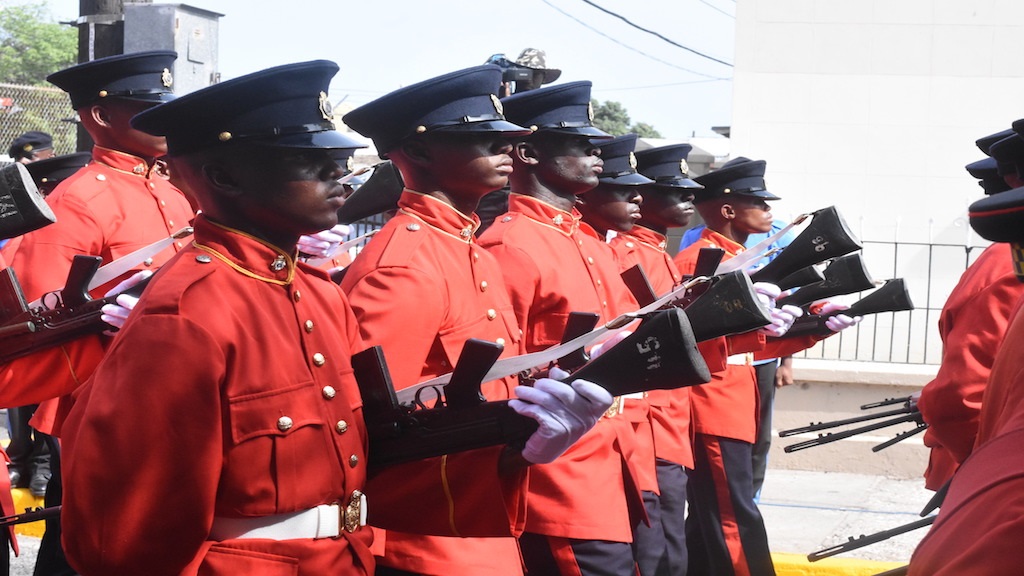 Jamaica Defence Force personnel marching along the route to the National Heroes Park.

The procession was led by an unofficial throng of individuals wearing mostly green-coloured attire and ringing bells, who went in front of the lead ambulance, which was followed by the Third Battalion Jamaica Regiment (3JR), more popular called National Reserves.

They were followed by the hearse carrying Seaga's body, with the Jamaica Constabulary Force Band coming next and being the sole provider of music for the occasion, as they blew and beat melodic tunes that matched the sombre occasion. 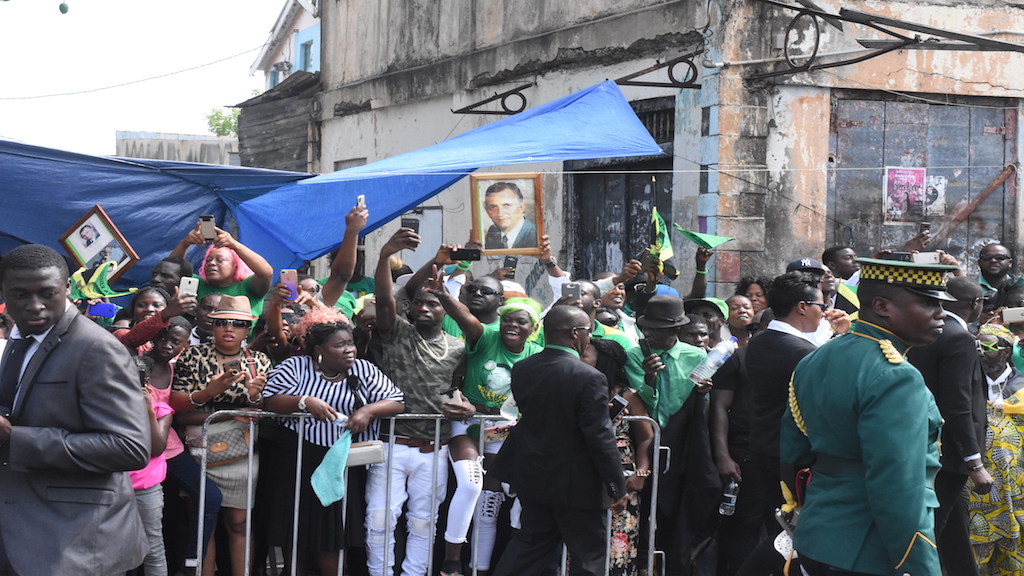 Members of the JCF marched some distance behind, with the Department of Correctional Services (DCS) next, followed by the Jamaica Fire Brigade.

The Boys' Brigade and Girls' Guide were large in numbers, unlike the St John's Cadet who followed, as Pathfinders followed and they were in front of the Royal Mission Cadet Corp, the National Cadet Force and Inter-school Brigade.

Along the journey, members of the JDF and JCF stood at attention with rifles affixed with bayonets, and they were joined on North Street by the Jamaica Combined Cadet Force, who were used for the occasion as street liners.

On Duke Street, the Tivoli Marching Band, which was started by Seaga, also lined the street, with regular members of the Jamaican society walking outside the marching boundary all the way. 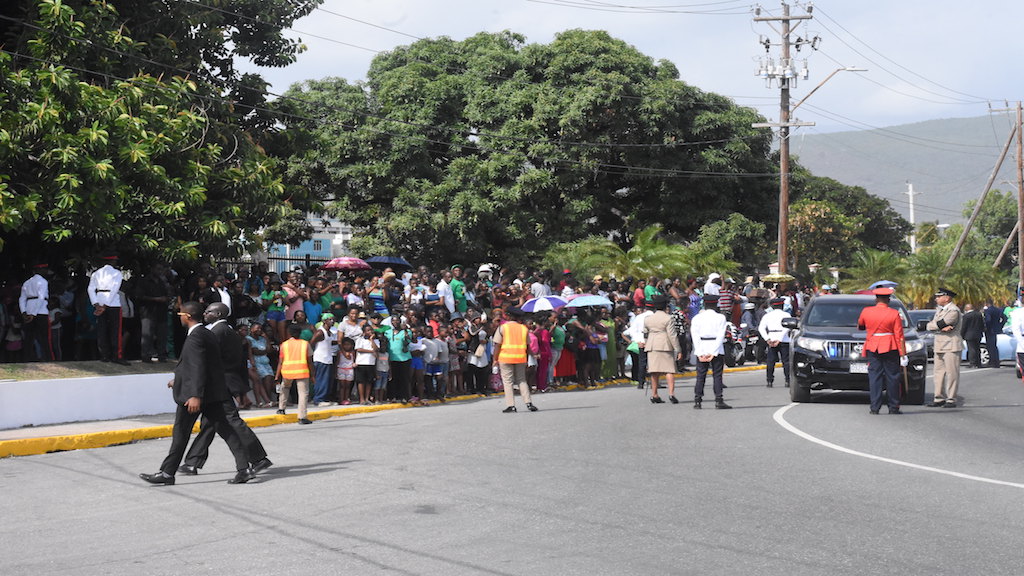 End of the route at National Heroes Park.

Seaga, Jamaica's fifth prime minister, died in Miami, Florida in the United States of America on his birthday, March 28.

He had gone to the USA for medical treatment after ailing for some time.