Thompson, Fraser-Pryce, McLeod to compete in Stanford on Sunday 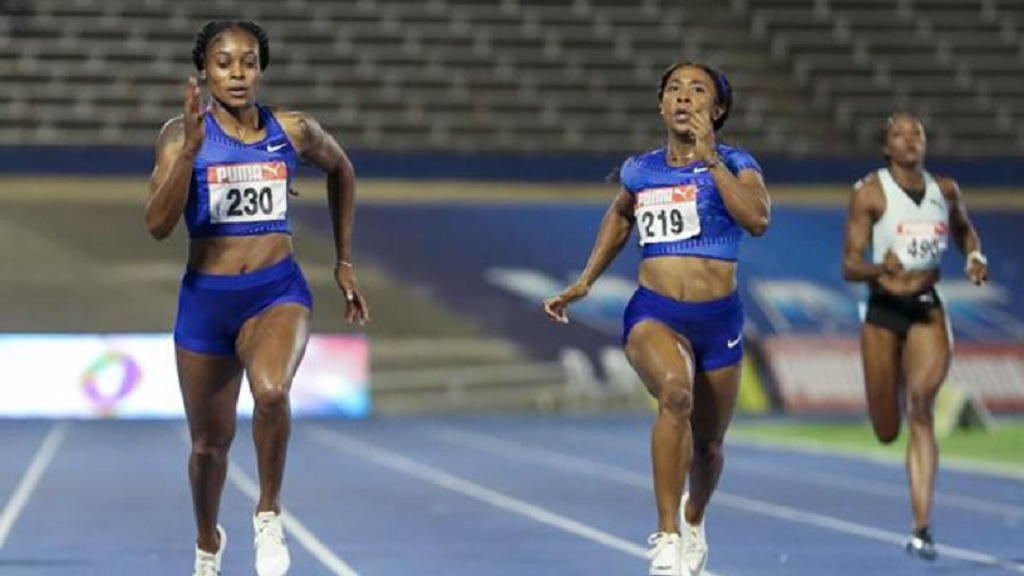 Elaine Thompson (left) moves away from Shelly-Ann Fraser-Pryce to win the 200m at the Jamaican trial on Sunday, June 23, 2019 at the National Stadium. (PHOTO: Marlon Reid).

Shelly-Ann Fraser-Pryce, Elaine Thompson and Omar McLeod are among eight Jamaicans invited to compete at the Prefontaine Classic, the seventh meeting of the 2019  IAAF Diamond League, which will take place in Stanford on Sunday.

Fresh from setting world U20 records of 10.75 and 22.17 at the NCAA Championships, USA’s Sha-Carri Richardson will make her professional debut in Stanford. The 19-year-old lines up in the women’s 100m and will face the resurgent two-time Olympic gold medallist Fraser-Pryce, who clocked 10.73 at the recent Jamaican trials.