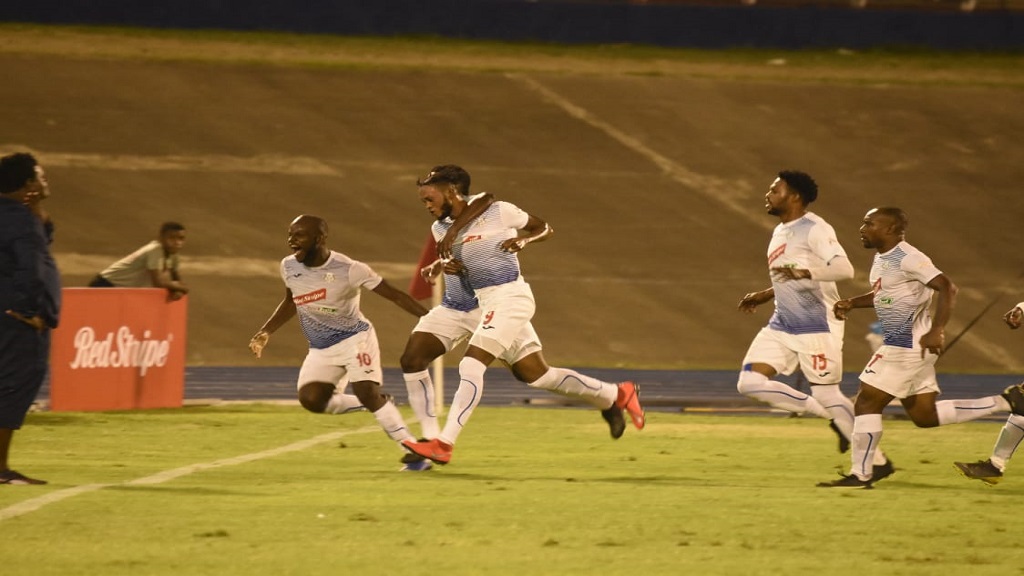 Thomas made the comment after his team secured a 2-1 victory in the semi-final first-leg tie on Monday at the National Stadium.

It was the first match for Portmore United since March 21 and as a result, Thomas said that the team was affected by ‘rustiness.’

“We will get it together in the second match,” said Thomas, who will take up coaching duties in the Turks and Caicos Islands following the end of the RSPL season.

Portmore United were out of action for 18 days because of the structure of the competition.

At the end of the preliminary round,  the top two teams on points earned automatic places to the semi-finals.

Third to sixth place had to enter into playoff for the other two semi-final spots.

Portmore United, which finished atop the points’ table at the end of the preliminary round, and second-place Waterhouse have been inactive for 18 days ahead of the semi-final stage of the competition.

On Sunday, a 43rd-minute strike by Javon East and another from Roshane Sharpe, two minutes into second-half added time, handed  Portmore United the win.

Jourdaine Fletcher had equalised for Mount Pleasant two minutes into the second half.

The winner of that clash will meet the aggregate winner of the semi-final tie between Waterhouse and Cavalier.

Waterhouse will take a 2-0 advantage going into the return-leg after Keithy Simpson (34th minute) and Tramaine Stewart (40th minute) handed them victory in their first-leg semi-final time, the second game at the National Stadium.

Rudolph Speid, technical director of Cavalier, says despite a 2-goal deficit going into the deciding leg his team is not out of the competition.

Speid cited that the second-half performance of Cavalier indicated that the team stands a good chance of getting back.

Speid pointed to his team’s 55 percent of possession in the second half as a positive sign of harbouring hopes of a comeback.

He further said that injury to his centre half affected the team.