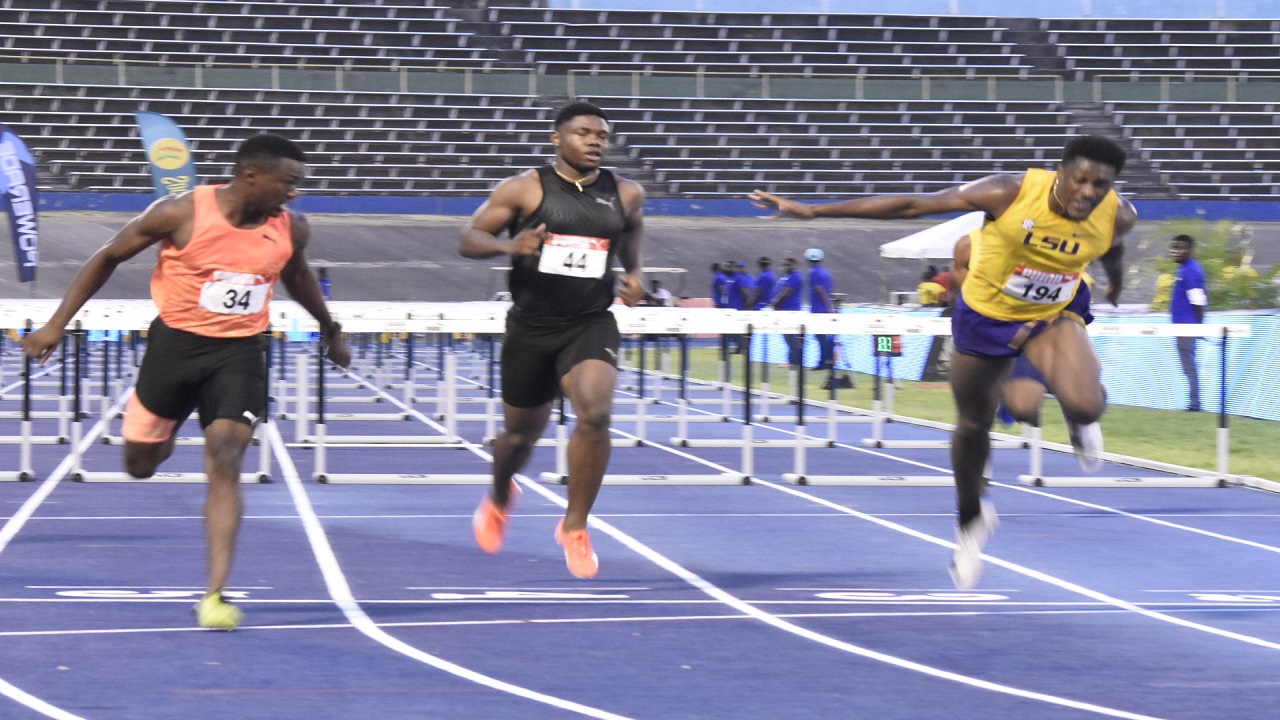 Damion Thomas of Louisiana State University equalled the world junior record when he won the Boys' Under-20 110-metre hurdles on Saturday at the National Junior and Senior Championships, at the National Stadium.

Running in lane 3, Thomas ran the race in a sizzling world-leading 12.99 second to equal the world junior record set by France's Wilhem Belocian at the IAAF Junior World Track & Field Championships at Hayward Field in 2014.

The time was also a new national junior record and a new personal best for Thomas, who becomes the second junior hurdler to dip below 13 seconds.  The previous national junior record was held by Tyler Mason, who recorded 13.06 seconds to finish second behind Belocian at the IAAF Junior World Track & Field Championships.

Thomas crossed the line ahead of the Calabar High School pair of Orlando Bennett (13.00), also a new personal best, and the big favourite Dejour Russell (13.26).

Action on Day 3 of National Trials

Only two competitors turned up for the Boys' Under-18 110-metre hurdles and Jordani Woodley secured the national title in 13.85, beating Joshaun Park of St Elizabeth Technical High School, who came home in 13.92 seconds. Both athletes achieved new personal best times.

Earlier, Excelsior High's Ackera Nugent, the only competitor in the Girls' Under-18 100-metre hurdles, powered home in a decent 13.47 seconds.

Dwyer the fastest qualifier into 200m semis at National Trials