Thomas Cook repatriation ramps up as bosses slammed over pay 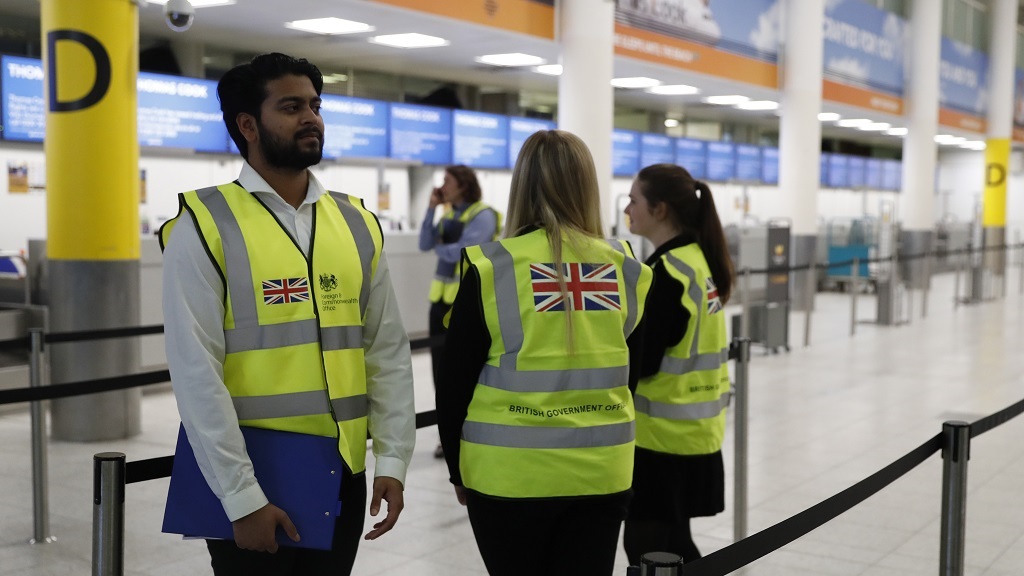 Britain's biggest repatriation effort since World War II ramped up on Tuesday as questions swirled over the pay Thomas Cook executives received in the run-up to the tour operator's collapse, which left thousands stranded globally.

As uncertain Thomas Cook customers made their way to airports around the world, Britain's Civil Aviation Authority said Tuesday it brought back 14,700 people to the UK on 64 flights on Monday. That amounts to around 95 per cent of the tourists who were originally booked to fly home that day.

A further 135,000 passengers are expected to be brought back on rescue flights over the next 13 days, including 16,800 on 74 flights on Tuesday. Everyone will be brought back regardless of nationality or whether they are protected by the government-backed travel insurance program.

"A repatriation of this scale and nature is unprecedented and unfortunately there will be some inconvenience and disruption for customers," said Richard Moriarty, the aviation authority's chief executive. "We will do everything we can to minimize this as the operation continues."

Moriarty said tourists should not fret about how they will get back.

"We want people to continue to enjoy their holiday, so we will bring them back to the UK on their original departure day, or very soon thereafter."

Debt-laden Thomas Cook ceased all operations Monday after failing to raise the money it wanted from shareholders, leaving hundreds of thousands stranded around the world as well as its 21,000 employees, including 9,000 in the UK out of work. The repatriation is expected to cost the British government approximately 100 million pounds ($125 million).

It was still unclear how many of the 600,000 total that were travelling with the company as of Sunday would remain stranded. German authorities were still mulling a request for a bridging loan from airline Condor, a subsidiary of Thomas Cook. The company's Dutch subsidiary said all flights scheduled for Tuesday were scrapped and customers won't be able to use accommodation they booked.

The 178-year-old travel agency that helped pioneer the package tour was brought down by a number of factors including changing travel habits, online competition, heat waves in Europe over the past couple of years as well as uncertainty related to Britain's departure from the European Union, which has seen the British pound fall sharply, making holidays abroad more expensive.

British Business Secretary Andrea Leadsom has called on the country's Insolvency Service to "fast-track" its investigation of the collapse of Thomas Cook.

Company executives over the past few years have been accused of failing to adapt to industry changes and for rewarding themselves inappropriately high salaries and bonuses. Top executives reportedly shared up to 20 million pounds between them in pay and perks over the past five years at a time Thomas Cook's profits were in sharp decline, with the last two chief executives, Peter Fankhauser and Harriet Green, netting around half of that.

In a speech to members in Brighton in southern England, Jeremy Corbyn, the leader of Britain's main opposition Labour Party, slammed the behaviour of Thomas Cook's directors who "were able to fill their pockets with unearned bonuses while their workers face redundancy and 150,000 holidaymakers are stranded because of their failure."

The union that represents 3,000 Thomas Cook workers, including cabin crew and engineers, said a review of the collapse of Thomas Cook by Britain's Insolvency Agency was "too little, too late" and further highlighted Britain's financial regulatory system was "broken" and in need of an overhaul.

"Yet again the government is guilty of being asleep at the wheel," said Unite assistant general secretary Diana Holland. "The collapse of Thomas Cook has not been allowed to happen in other countries as their governments and regulators have mechanisms to stop such a disastrous and immediate collapse as has happened in the UK."