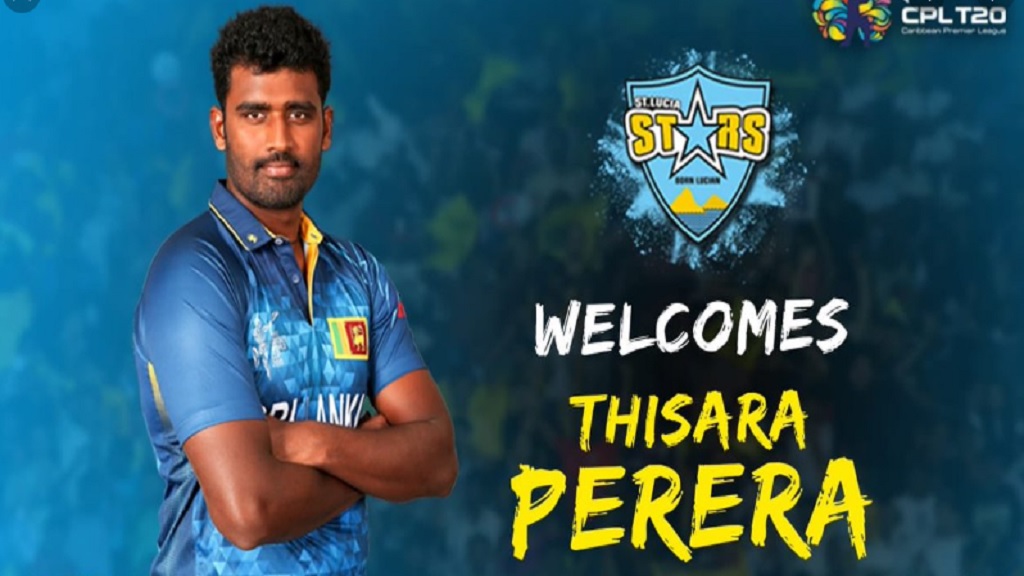 The St Lucia Zouks have confirmed that Thisara Perera is now available for the duration of the Hero Caribbean Premier League (CPL).

The tournament gets underway on September 4  with the Zouks playing their first match on September 5 when they travel to face Guyana Amazon Warriors at Providence Stadium.

Perera was part of the Sri Lanka squad during the 2019 ICC Cricket World Cup and has a huge amount of experience of playing T20 cricket around the world.

Perera has appeared in 79 international T20 matches and has played 260 T20 games in total, including in domestic leagues in India, England, and Pakistan, as well as his native Sri Lanka. He has previously played at the CPL, representing St Kitts & Nevis Patriots.

First started in 2013, the Hero Caribbean Premier League (CPL) is a franchise-based T20 format cricket tournament that combines two of the most compelling aspects of Caribbean life – dramatic cricket and a vibrant Carnival atmosphere.

The 2019 tournament will take place between September 4 and October 12.