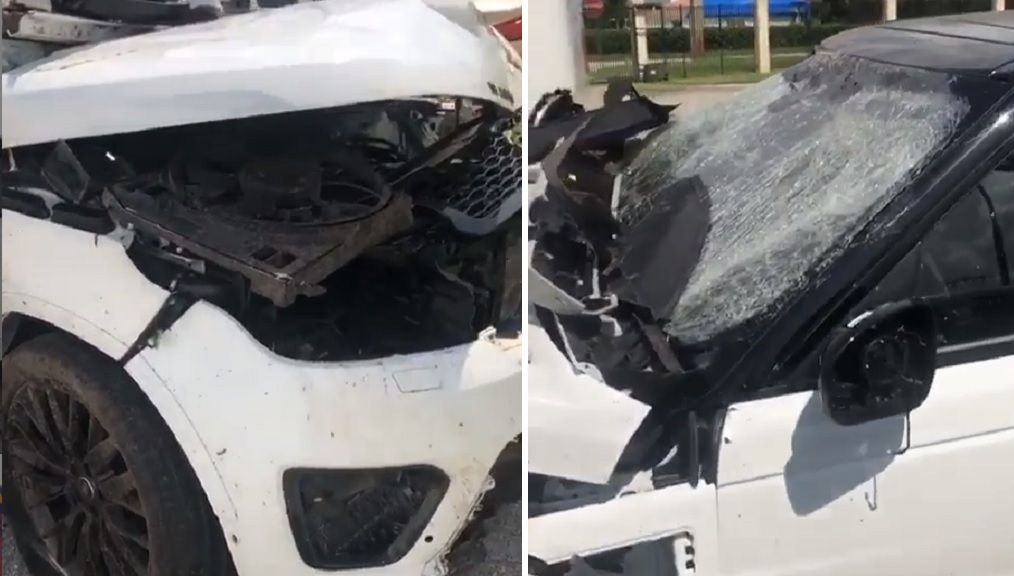 The mangled remains of the Todds' Range Rover SVR which was stolen from their home.

Music industry insiders, the Todds, owners of the Taboo chain of nightclubs in Jamaica, were the victims of a burglary Monday night when two persons stole their Range Rover SVR from their South Florida home. The culprits then crashed the vehicle into a tree after a high speed car chase trying to elude the cops.

"My daughter said she heard something outside, then said 'where's daddy going with the car so early?", and when I stepped outside to investigate, the vehicle was gone, so I called the cops. Later, we heard that the vehicle had crashed in a tree while trying to evade the cops, a man and a woman were injured, the woman is in a critical condition, and the man is also hospitalised," Corey Todd, who is also the manager of dancehall star Masicka, said.

Shemara Todd, the manager of social media maven-turned-recording artiste DyDy, shared a video of the vehicle's wreckage on her Instagram account with the caption, "it could be worse". The vehicle, which reportedly values over US$115,000, was totaled in the crash.

On a sombre note, the crash happened two years to the day that Shemara Todd was involved in a shooting incident where her vehicle was attacked by gun-toting men riding motorcycles. She sustained injuries during the shooting incident and the crash, but made a full recovery.

Police warn of new carjacking scheme being practised by criminals