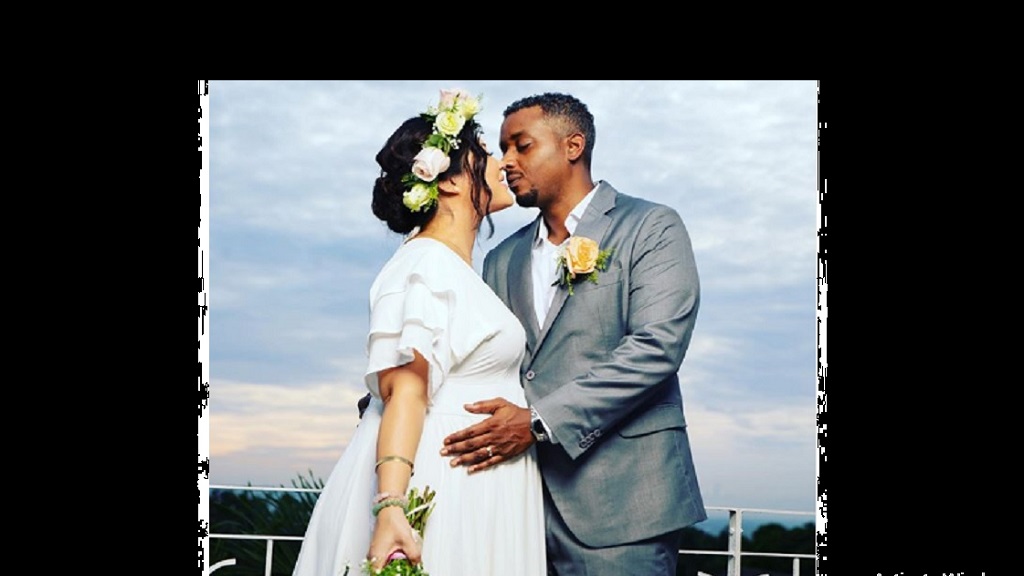 Tessanne Chin in marital bliss in the arms of Brandon, the father of her unborn child.

Songstress Tessanne Chin appears to have tied the knot with Brandon, the father of her unborn child, as 'The Voice' winner posted a photo of herself with the former 'mystery man' on her Instagram page.

The photo showed the singer in a wedding dress that hid her baby bump, alongside her impeccably attired husband - a portrait of wedded bliss - and the outpouring of love on IG was immediate.

Member of Parliament (MP) for South East St Ann, Lisa Hanna, sent a congratulatory tweet, while media personality, Terri-Karelle Reid, wrote: "This is beautiful! Congratulations!!! All the best! Happy for you in every way”!

Last month, social media exploded with joy when Chin announced that she is expecting a baby girl in 2020.

Chin shared the baby news and a photo of her kissing a ‘mystery man’ in the background of a photograph with pink baby shoes in the foreground.

Now she has gone one better with her nuptials to Brandon.

This is Chin’s second trip through holy matrimony after her marriage to broadcaster, Michael Anthony Cuffe Jr in 2011, failed four years later. The couple confirmed that they were having marital problems.

Chin is mostly known for her international hit, 'Hideaway', and for winning season five of The Voice in 2013. The popular American TV show affords an unknown talent a chance at international stardom under the guidance of international stars in front of millions of viewers.