Tensions reportedly high in Portland after stabbing death of painter 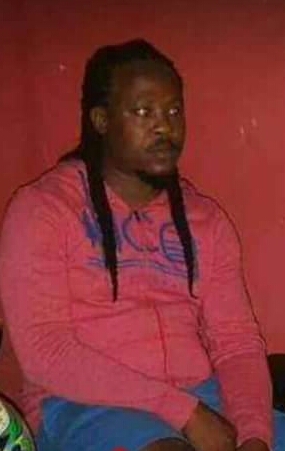 Kadian McKenzie, who was stabbed to death on Saturday, December 2.

Tensions are said to be running high in Portland following the stabbing death of a 36-year-old man in the community of Prospect on Saturday, December 2.

The deceased has been identified as Kadian McKenzie, popularly known as ‘Kadie’, a painter of Fairy Hill in the parish.

Sources have said that associates of McKenzie have threatened to take the law into their hands if the killer is not apprehended or turns himself over to the police.

Reports are that about 3:00 p.m. on Saturday, McKenzie and another man got into an altercation in Prospect in the parish.

It is alleged that during the dispute, the man used a knife to stab McKenzie multiple times in the neck.

The killer later fled the scene.

McKenzie was rushed to the Port Antonio Hospital, where he later died.

He became the seventh person to be killed in the parish since the start of the year.

The news of McKenzie's death has sent shockwaves throughout the parish, with many hailing him as a "good father" and a helpful man.

A close friend shared: "Beyond sad bredda, we grew up next door, u teach mi fi cook the first pot of rice. U always there for me like a big bro should. It sad to c u gone like this. RIP."

Another comment came from a female user, who questioned what was happening in the parish of Portland.

"What the hell is going on in my quiet and peaceful parish? We do not want Portland to be like St. James, the murder capital of the island. May his soul rest in peace," she said.

Meanwhile, the Portland police have since released the name of a person of interest who they wish to question in relation to the killing.

The person of interest has been identified as Garfield McDonald, otherwise called ‘Archie’, a taxi operator who frequents several communities in Portland, including Fairy hill, Boston and Prospect.

Anyone with information about McDonald's whereabouts are being asked to contact the Port Antonio police at 993-2546, the nearest police station, the police 119 emergency number, 311, or use the Stay Alert app.

Teen in custody for stabbing death of May Pen vendor