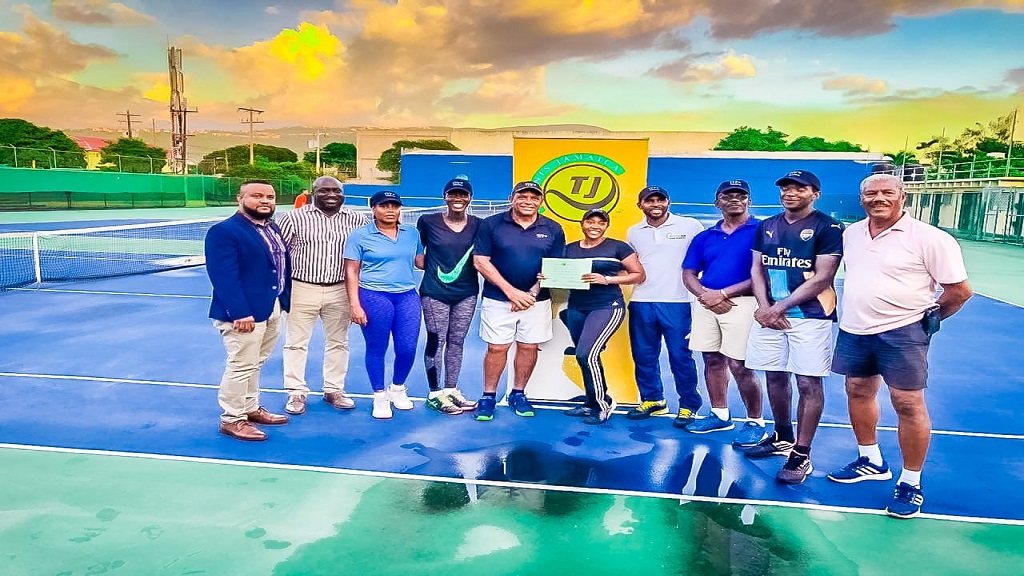 Tennis Jamaica made a big serve towards raising the standard of the game with its staging of an International Tennis Federation (ITF) Level One Coaching Certification course at the home of the sport, the Eric Bell Tennis Centre, in Kingston.

“Part of our development programme at Tennis Jamaica is to enhance, cultivate and improve the level of coaching at a technical standpoint to be able to administer the development of the game. Without proper coaching, instruction and education I don’t think we’re going to go anywhere,” said Aswad Morgan, President of Tennis Jamaica.

He added: “We’re building a strong infrastructure to be able to move the development to a totally different level. Our mindset is we want to change to a very high-performance organisation in every respect. Our Board is very keyed in on that, we’ve set forward a 10-year strategic development plan.”

The course, which ran from October 26 to November 6, was conducted by the ITF’s Regional Director for the Caribbean, John Goede, a Surinamese who has been involved in the sport for 35 years and served in several ITF capacities, and Evan Williams.

It included athletic and academic content, with about 75-80 percent of on-court training, plus studying ITF manuals at home and covered four main areas: coaching the coaches to teach beginners of all ages; developing tennis lesson plans to both teach and coach players; working on group and individual athlete's tennis development; and adding more quality tournament formats and systems in play for the various tennis levels.

“The ITF has a strong syllabus on teaching this course, a well-balanced number of hours and items gathered from the best tennis coaching education system in the world and that is what we use worldwide, so the quality of this course is a worldwide-recognised ITF course wherever you go,” explained Goede, noting its emphasis on beginners and intermediates.

“It’s for everybody who starts the game. The emphasis is 80 per cent on kids and the rest is on adults,” said Goede.

The Surinamese also said he will recommend course participants Joel Jones and Tinesta Rowe, who dominated and won every age-group to the senior national title as a player in Jamaica, for the ITF’s Level Two course in Valencia, Spain, next year.

Tennis Jamaica is positioning itself to collaborate with the ITF and Jamaica Olympic Association (JOA) in an effort to stage development projects over the next year and beyond.

Ryan Foster, CEO of the JOA, said the program aligns with their vision and remit to strengthen member associations.

“The JOA will continue to empower our members and I think training programmes such as these and the accreditation and certification of our coaches will go a far way in ensuring the development of the sport because now we’ll have not just Level One, but these coaches will go on to Level Two and Level Three. To have certified and qualified coaches to impart that knowledge on our athletes that’s the only way we can grow the sport,” said Foster.

“We’re not as fortunate at all times to get a Usain Bolt, but it any shape and sphere Usain Bolt had a coach. We believe this move by Tennis Jamaica is straight and in line with what JOA represents. We believe in education and the education of our coaches,” Foster reiterated.

Goede indicated firm belief that the relationships will take the game to another level in Jamaica.

Commenting on its growth, Goede said: “I’m convinced that they will be able to do that (grow) together with the support of the ITF, the support of Tennis Jamaica and the cooperation with the JOA, which we’ve established now as a strong bond to further develop coaches education in Jamaica from this basic course and move towards the highest level, eventually recognising Jamaica’s coaching education as an independent institution where they can independently develop coaches here in Jamaica with their own experts.

“The ITF wants to create that opportunity for all member nations that they develop their own coaching system.”

Course participant Alison Watson was encouraged at the prospects, given the knowledge and fusion with Jamaicans’ natural athletic abilities.

“The first stage of development is taking children from age three and we’re now equipped, based on what this course has taught us, to give our children, who we know are at the summit of athletic performance generally as we won the genetic pool as it relates to athletics. Now we have something that will give us an advantage in tennis. That’s very exciting, it’s exciting times, we’re looking to see what we can do with it,” beamed Watson.