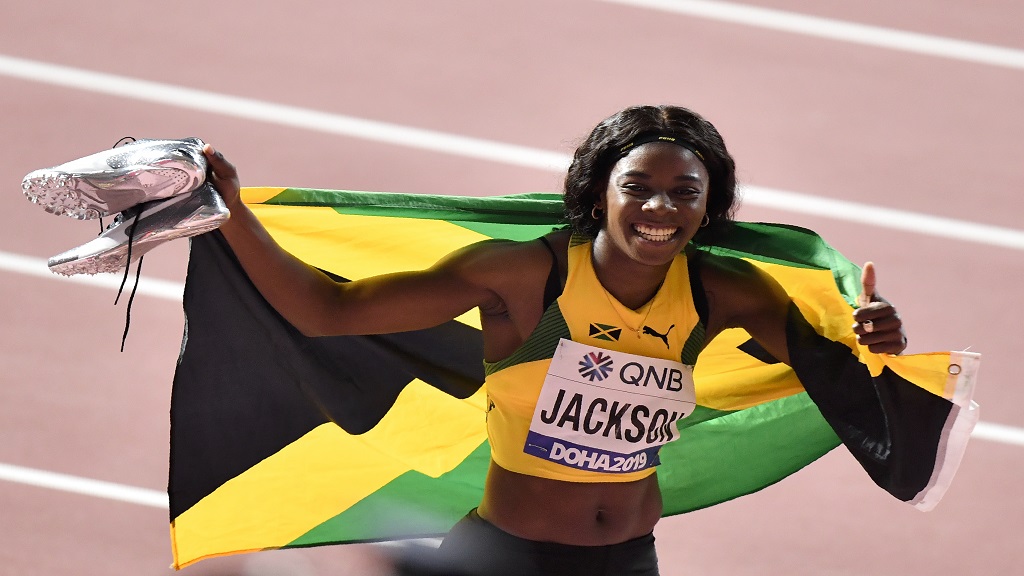 Jamaica’s Shericka Jackson won her second individual World Championship medal over 400 metres when she ran a big personal best of 49.47 for the bronze in a blistering one-lap race inside the Khalifa International Stadium in Doha, Qatar, on Thursday.

This follows her bronze medal run in the 2015 edition of the World Championships in Beijing, China.

Jackson’s medal this time around was special as she competed in one of the fastest 400-metre races ever run.

Pre-race favourite, Shaunae Miller-Uibo of The Bahamas, ran a personal best of 48.37 but was well beaten by Bahrain’s Salwa Eid Naser who ran a blistering 48.14, the third-fastest time ever over the distance.

Below are 10 things to know about Shericka Jackson:

2.  The St Ann native is based at the MVP Track Club at the University of Technology in Papine, St Andrew. She is trained by world-renowned coach, Stephen Francis.

3.  Jackson attended Vere Technical High and while at school competed in several events, including the 100 and 200 metres.

4.  The former Vere Technical standout has won the 200m at the National trials and has represented Jamaica in the event from the youth level.

7.  The MVP athlete has had a good run of form since 2018. She finished second in the 400m at the 2018 Commonwealth Games in Gold Coast, Australia and that same year won the 200m at the NACAC Championships in Toronto, Canada. At that same meet, Jackson helped the 4x400m team to the silver medal.

9. Shericka Jackson was signed by Puma in January 2017.

10. In August 2015 after qualifying for the final of the 400m at the World Championships in Beijing, Jackson said that she hated the event.  Jackson pointed out then that she was more of a 200-metre type of athlete.