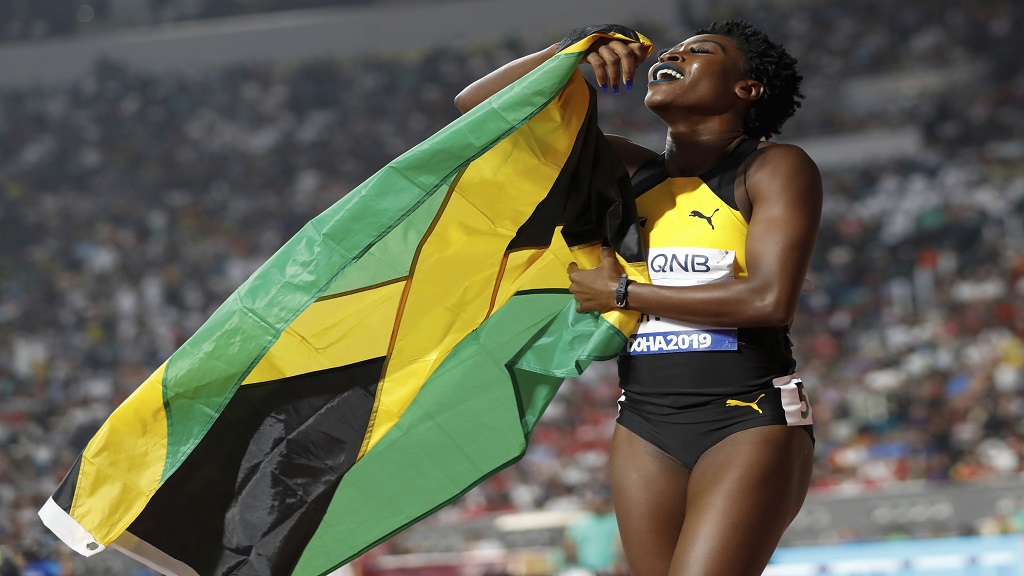 The national trials in June now seem distant, but Rushell Clayton, who surprised many then, when she won the 400m hurdles thus booking her ticket to the World Championships in Doha, Qatar, on Friday proved that win was no fluke when she won the bronze medal in the final of the global event inside the Khalifa International Stadium in the Gulf state.

Clayton came home third in a lifetime best of 53.74 seconds behind the two Americans - pre-race favourite, Dalilah Muhammad who won in a world record 52.16 seconds and her teammate, Sydney McLaughlin who took silver in 52.23 seconds.

Having now won her first World Championship medal, the track and field world is expecting much more from Clayton going forward.

Below are 10 things to know about Rushell Clayton.

2. Clayton's World Championships time of 53.74 represents the fifth fastest in the world this season.

4.  Since high school, Clayton has represented The Mico University College and The University of the West Indies.

5.  Clayton has been coached by the wily Fitz Coleman and it was under his guidance that she won the event at the Penn Relays in 2015.

6.  Clayton is presently a member of the Swept Track Club where she is coached by Okiele Stewart.

7.  In August, Clayton finished third at the Pan Am Games in Lima, Peru.

9. Clayton strained her sartorius muscle earlier this year and that took her out of competition for a few months

10. She ran her first hurdles race for the season in June,  just a few weeks before the National trials.