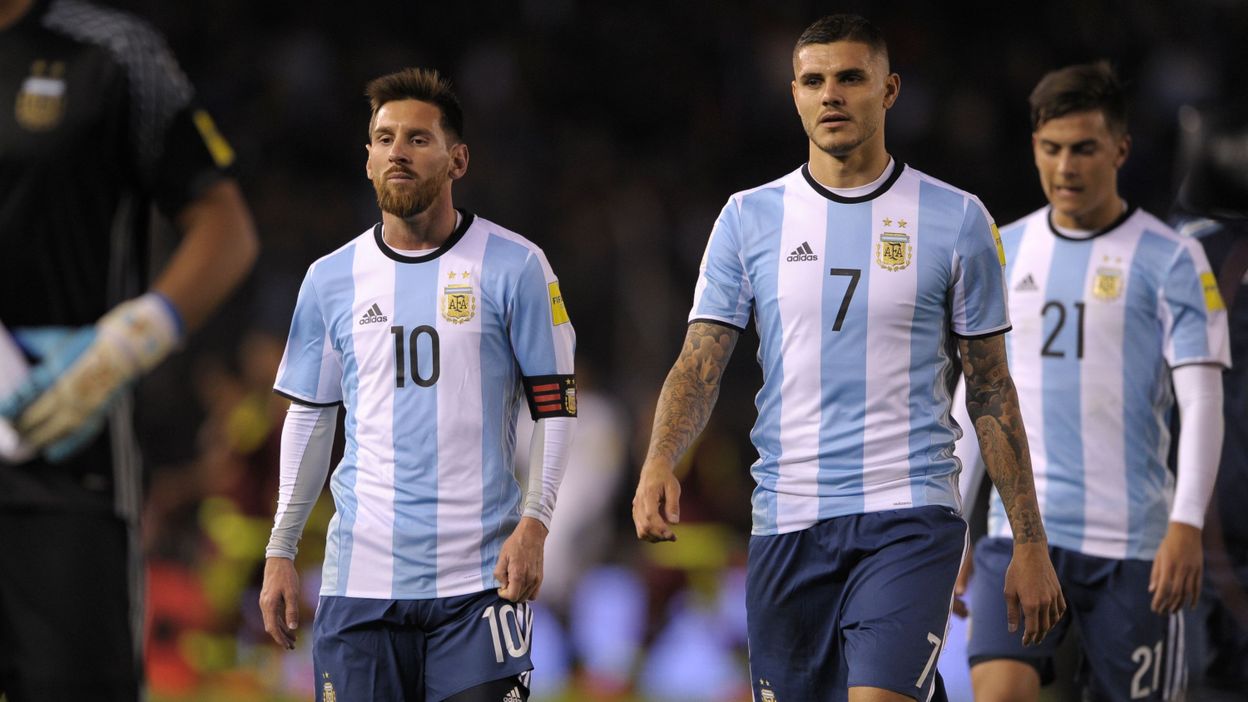 The World Cup game in which Iceland managed to secure a 1-1 draw with Argentina on Saturday has triggered a number of heated debates across several communities in the Corporate Area.

“Right now don't  want no man tell me anything about greatness when it comes to Lionel Messi,” said Dwight Brown, a football fan in the community of Duhaney Park, just minutes after the match ended.

He was one of several persons who spoke to a Loop News team following the opening match of Group D in the World Cup.

Brown, said he was always skeptic when it came on to Messi, the man who many considered to be one of the 'greatest of his era'.

"The performance of the player in his first game has sent home the point that he lacks the killer instinct needed to be labelled among the greatest players in the game," said Brown.

But there were some fans like Luke Davis in Pembroke Hall who had his own explanation as to why Messi ‘failed to deliver’.

“People tend to look at Iceland as a minnow team but Iceland are no push over what has happened to Messi is unfortunate especially with his penalty miss but he will grow into his own as the competition progresses,” said Davis.

But while some fans were bold enough to step up to the plate and provide their explanation as to why they thought Messi did not play at the level many expected of him, there were some fans who just went into hiding.

Evidence of this was seen in the community of Maverley where one man who identified himself as Diego could not be found when the game ended.

Several calls were made at his home and the word was that he had gone to the country.

There were still other fans who said the performance of Cristiano Ronaldo, who scored three goals to bring his team to secure a 3-3 draw with Spain on Friday, was the evidence to show that CR7 was supreme compared to Messi.

“CR7 has that killer instinct and is able to rise to the occasion when the big games comes, this is totally the opposite for Messi,” said Samuel Barnes in Washington Gardens.

He made the comment as he joined a group of men in a heated debate about the match.

“Right now Messi have to develop that attitude like Deigo Maradona who when things not going his way he can just take over the game and create magic,” said Carl Williams another man in Washington Gardens.

But not all shared his views.

"Right now Ronaldo peaked too early he knows he will not go to the final of the World Cup so he is trying to leave his mark from now and on the other hand Messi is confident of going all the way so he is measuring his games getting better as he goes long," said Paul Whyte, another man in the group.

This statement did not go down well with some and triggered another shouting match.

The fans and supporters who spoke made it clear that they would be closely monitoring other matches to see what the end result was.

Argentina will hope to inject some impetus into their campaign when they face Croatia in Nizhny on Thursday, while Iceland go up against Nigeria in Volgograd the following day.

What are your view on the developments?