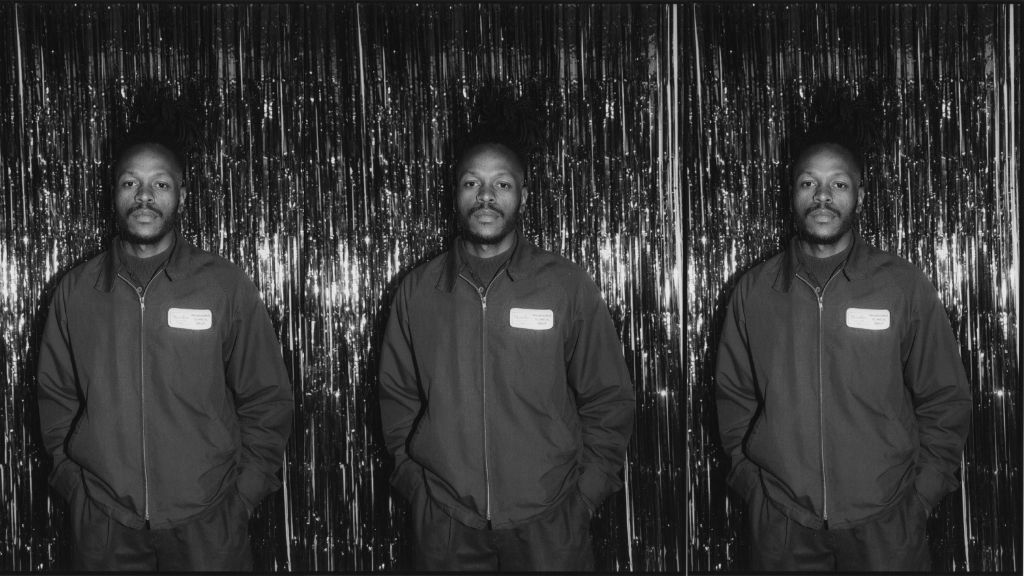 When he thinks of his artistry, the Goldsmith’s graduate Jeano Edwards likens himself to an image-maker, not a photographer or a videographer, or any singular category.

In fact, like many his age, every time he picks up his camera, his sole intention is to transcribe images (whether moving images or stills) to tell a story, a story of home, and of identity.

He decided to capture elements of home and identity in a way Jamaican’s living overseas can understand.

The Jamaican born-and-bred artist, who has lived something of a nomadic lifestyle in Spanish Town, the UK, St Thomas, Kingston, and New York — where he now resides — was ready to Tell Us More…

Loop Lifestyle (LL): Who is Jeano Edwards? What makes you unique?

Jeano Edwards (JE): I’d describe myself as someone who’s curious about the world, and has a lot to say about myself, and my upbringing.

That curiosity drives me to explore my identity and capture it in any one image or set of images.

In terms of me being unique, that’s a tricky thing ’cause I lean on so many other great people – their work, their influences – and I bring that into my work, so it’s hard to think of myself as unique.

LL: What’s the first thing that comes to mind when you think of home?

JE: Identity. That’s how you present yourself when living abroad. Being a Jamaican overseas comes with certain stereotypes, pre-conceived notions and expectations.

LL: How has growing up in Jamaica and the US influenced your work?

I lived in Jamaica until I was 16. I’ve lived in Spanish Town, Kingston, and mostly in St Thomas. I went to St Georges College until the 10th grade, and then I moved to New York.

It’s very difficult to [ascertain] what influenced what. I think living outside of Jamaica makes you look at yourself and think about ‘what makes you, you’.

I lived in London for a while, and I think that was most impactful in shaping how I go about making work.

LL: Is image-making your true love and what other creative passions do you withhold?

JE: Definitely. Whether I’m working with stills or moving images, that’s my thing; that’s how I see the world.

I think it’s very difficult to move beyond that anytime soon, because I have tonnes more to say through images.

Sounds. That’s how I know to tell a story: with images, and with sounds; that’s something I really love that kinda feeds back into what I do.

I don’t see myself doing anything with much dialogue, anyway.

LL: Who are some of your greatest influences?

JE: American artist Kerry James Marshall, who’s mostly known for his paintings. I’m really drawn to his work because of the way he creates a scene to tell his stories.

Henri Cartier-Bresson, because I was always obsessed with lines, symmetry and a sense of balance, I was interested in objects for a while until I came across his work and I started to insert people in my images.

Gordon Parks. He was super influential for me because he’s black, making work about black people at a time when no-one else was.

LL: What are some of the foremost ideas that centered on Thinkin Home?

JE: It was centered on Essence and trying to go about distilling what it means to be Jamaican, what certain aspects of the Jamaican identity meant, and put it into something that feels like right.

Also, working with different people in Jamaica and [adding varying] backgrounds and influences into the mix as well, while trying to make it feel as elegant and as Jamaican as possible.

LL: Music – particularly dubstep – played a major role in the inception of GWB’s collection. How important was music for you throughout the production of Thinkin Home?

JE: I think it was huge, and based on the conversations that I’d have with [Grace], music was always at the forefront of creating the film.

Even when James Blades, the sound engineer, did the first score, it motivated us to reshoot some bits, go beyond what we’d shot for the main film and reshoot some intimate parts.

LL: How was working with Grace?

JE: It was really great and it felt natural because of how I work and how she works as well, which is kind of research-based and having a clear vision from the onset.

It started from concept and ideas to sharing research; we watched a lot of films like Rockers and The Harder They Come, and ideas from the research collection that would be relevant and prominent in the film.

Grace’s style is very soft and elegant, but also very powerful, so trying to get those influences in the film was all about alignment and making sense of both our interpretations.

LL: How important was it for you to interact with the garments prior to recording?

JE: That was key to ‘getting certain vibes’, seeing it on the models, understanding those references, etc.

When we first started talking about the film and [Grace] sent over the lookbook, that’s when I really got excited about doing this film because I was able to see real images of the garments that were actually going to be in the film.

LL: Maxine Walters produced the film. At what point did she come on board and how was working with her?

JE: Maxine was a part of Grace’s research from the beginning. GWB was heavily inspired by the Maxine Walters-curated exhibition Exposure, which featured a collection of images by Jamaican photographer Johnnie Black (held at the National Gallery in February).

I think of Maxine as someone who’s able to move mountains to make things happen. She’s really lovely.

LL: What have you learnt during production that you’ve now incorporated in the way you create?

JE: Every time you make something and you put it out there, and you see how people react to it, you get a sense of confidence that you can take into the next project.

It might not be tangible, but is very impactful. It’s the sense of ‘I am doing something that makes sense…I am on the right track’.

LL: What was the one thing you wanted viewers to think after watching the video?

JE: I wanted viewers to feel something. Instead of taking anything away from it, I want them to feel how I feel about the ocean…Jamaica…the sunset…music…and sounds.

LL: What, if anything, would you have done differently?

JE: Nothing. I just think things flow how they flow… they happen how they happen. It was a great opportunity for me to be able to come to Jamaica and work with Grace, who I’ve admired for years and a team of really brilliant Jamaicans.

LL: What’s next for Jeano?

JE: I’m working on some personal projects – three definite photo projects. Mostly photo-based work, working on a book. I want my work to exist outside of the digital space, and maybe one more film.