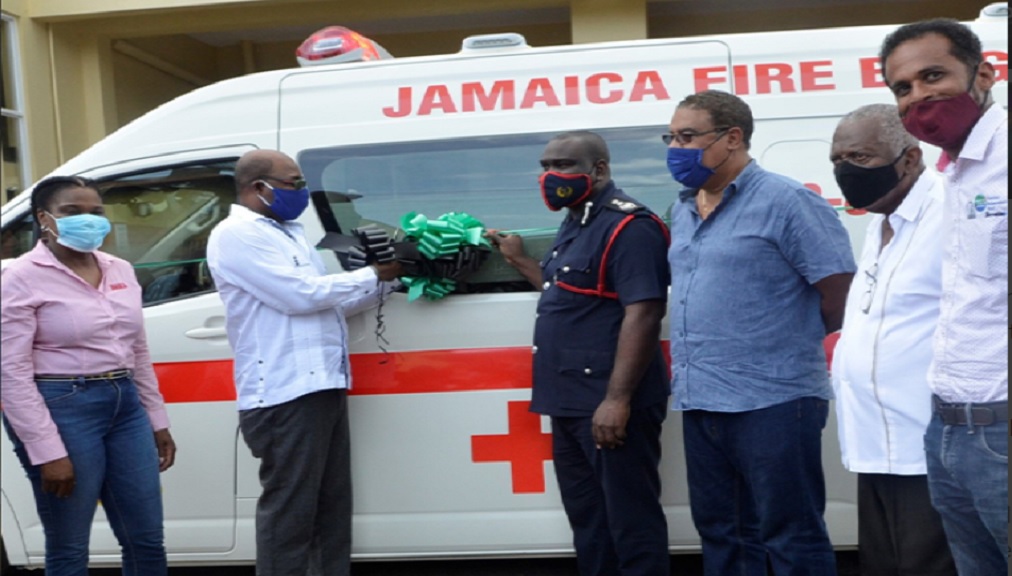 The Tourism Enhancement Fund (TEF) has donated an ambulance to the Negril Fire Department in Westmoreland, which was procured at a cost of $18 million.

Minister of Tourism, Edmund Bartlett, in his remarks at the handover ceremony held emphasised that fire departments are important in ensuring visitor safety on the island.

Meanwhile, Executive Director of the TEF, Dr Carey Wallace, noted that the handover was a “collaborative effort with the Jamaica Fire Brigade and it’s a great project”.

For his part, Deputy Commissioner in Charge of Operations at the Jamaica Fire Brigade, Kevin Haughton, expressed gratitude to the TEF.

He noted that the TEF’s contribution to the brigade has helped to enhance its capabilities, primarily in the area of emergency medical response.

“Today’s partnership does not only ameliorate the aesthetics of the Negril Fire Station but has lifted the morale of the over 48 members of staff who work at this facility,” Mr. Haughton said.

He noted that the staff at the station is committed to ensuring that the newly rehabilitated building and the ambulance are maintained.

Mayor of Savanna-la-Mar, Councillor Bertel Moore, commended the TEF for making the donation, as it is much needed at the station.

Meanwhile, Member of Parliament for Western Westmoreland, Dr Wykeham McNeill, also expressed gratitude to the TEF for the donation.

Over $330 million in claims from CCRP Health Insurance Plan