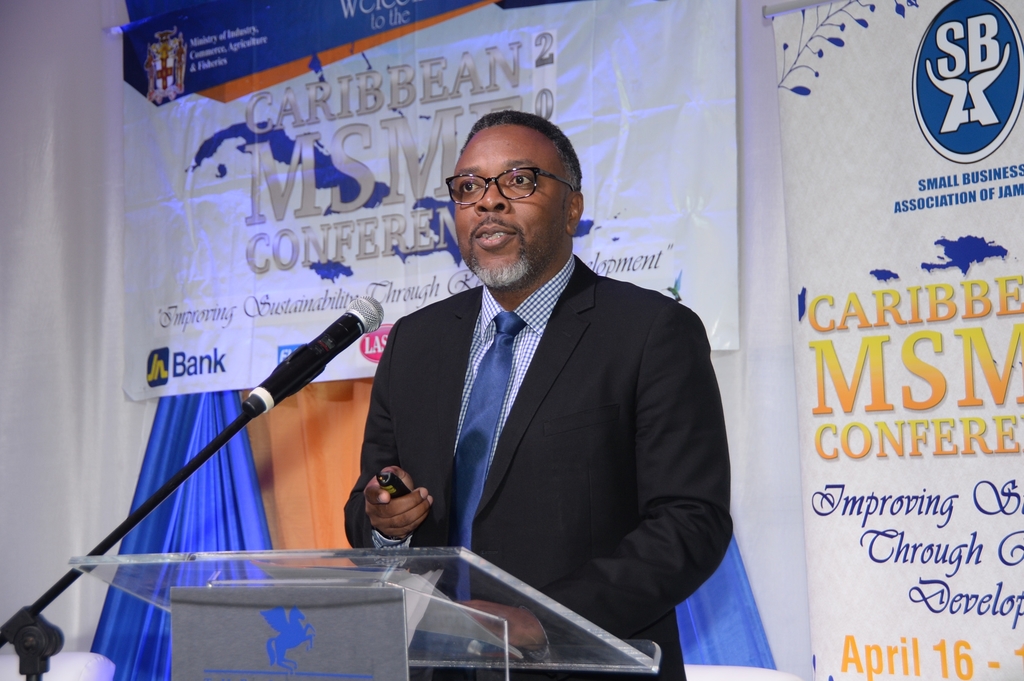 Dwayne Russell, general manager of MC Systems, said the main objectives of the workshop are to promote technology reporting as an area of specialisation for journalists and to deepen reportage on technology.

Management Control Systems (MC Systems), the technology arm of the MCS Group, has partnered with the US Embassy in Jamaica, and the Caribbean School of Media and Communication (CARIMAC) to host a two-day technology reporting workshop for journalists, from June 1-2, 2019.

The MCS Group is the non-financial arm of The Jamaica National Group.

The workshop, aptly named “Tech as A Beat,” will be held in the CARIMAC, Annex Building II, at The University of the West Indies, Mona campus. The event has been endorsed by the Press Association of Jamaica (PAJ).

Dwayne Russell, general manager of MC Systems, said the main objectives of the workshop are to promote technology reporting as an area of specialisation for journalists and to deepen reportage on technology, which plays an increasingly important role in the country’s economic and social life.

“This workshop will include, but will not be limited to, technology coverage beyond the basics of breaking stories and new-product reviews. It will encourage insightful stories which are investigative in nature, as well as demystify technology issues and make them more relatable to Jamaicans,” he related.

Russell pointed out that journalists will benefit from shared experiences and guidance in the development of technology stories from Alan Deutschman, a 27- year career journalist and professor of journalism at the University of Nevada, Reno, USA, where he teaches business journalism and data journalism courses.

Deutschman is the former Silicon Valley correspondent for Fortune Magazine. His articles have also been published in the New York Times Magazine, and the Wall Street Journal; as well as, Wired, a monthly American magazine which focuses on the effects of emerging technologies on culture, the economy and politics.

Deutschman, the guest presenter, has also been a commentator on NBC’s Today Show; CNBC’s Squawk Box; Bloomberg West; and has participated in documentaries on CNN, CNBC, Bloomberg TV and the Discovery Channel.

Dr Livingston White, director of CARIMAC said the institution welcomed the partnership; and noted that it will benefit the industry and open avenues for more reporting on the subject.

George Davis, president of the PAJ said a workshop of this nature will benefit the media fraternity and will build capacity in this area. “The Press Association of Jamaica endorses this workshop and we encourage journalists in the field to attend,” he said.

Eric Khant, Chargé d’ Affaires at the US Embassy in Jamaica, commended the partnership with MC Systems and CARIMAC.

“The US Embassy maintains a longstanding relationship with the Jamaican government and people, through partnerships such as this journalism exchange. One of the vital roles of journalists is to provide citizens with the information they need to make the best possible decisions about their lives, their communities, their societies, and their governments. We are confident that journalists attending the workshop will benefit greatly from the presentations,” Khant affirmed.

PAJ voices concerns about provisions of the Data Protection Act