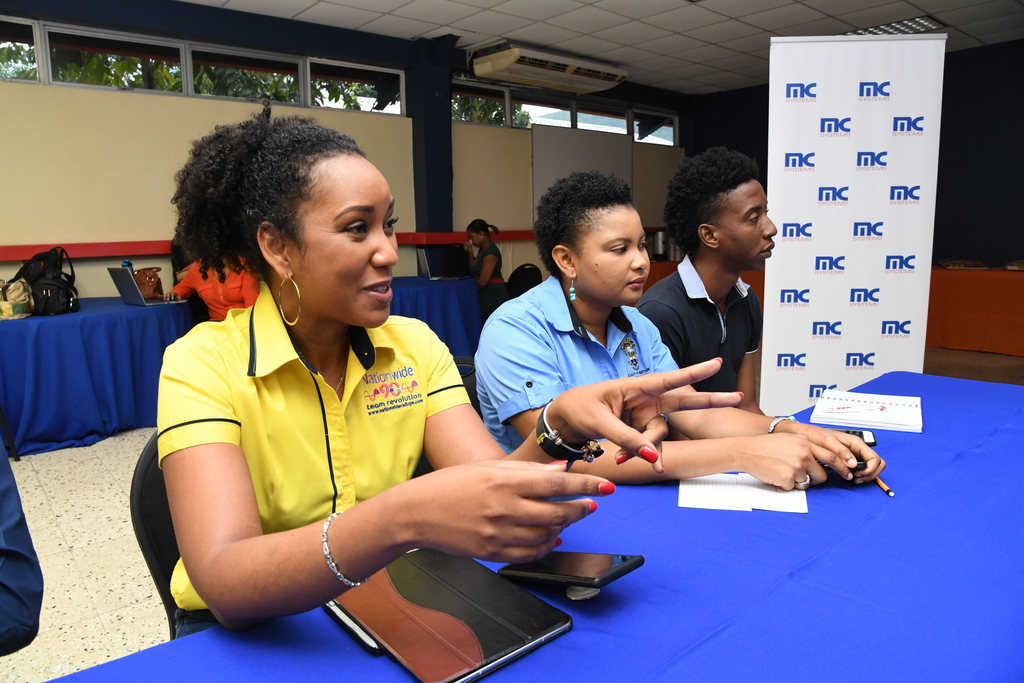 Kalilah Reynolds (left), business editor at Nationwide advising on how to protect one’s work. In the background are: Marilyn Allen, lecturer in communications at the University of Technology (UTech) and Namiko Harris, acting technical officer at UTech.

Greater access to technology, such as the availability of smartphones and mobile devices, are resulting in infiltration of the abuse of intellectual property rights and copyright, said a group of journalists who participated in a roundtable discussion entitled “Journalism in an Emerging Digital Landscape in Jamaica”.

The journalists made the observation during discussions with lecturers in media and communication; as well as, the technology company Management Control Systems (MC Systems), about technology as an area of specialisation for journalists.

The event, which took place on last Friday, was the precursor to a two-day technology workshop for journalists, aptly named Tech as a Beat, organised by MC Systems in partnership with the US Embassy in Jamaica, the Caribbean School of Media and Communications (CARIMAC) and the Press Association of Jamaica (PAJ).

MC Systems is a member of the MCS Group, the non-financial arm of The Jamaica National Group.

“…those rules [seem to] have become irrelevant because everybody now has a smartphone. So there are multiple people who are filming important things,” said George Davis, president of the PAJ, as he pointed out that content can be used on any platform without credit being given to the source, and it is difficult for someone to claim the footage as theirs.

He pointed out that this was in contrast to a few years ago when the rules of copyright and intellectual property rights were rigid. “This has become a major advantage to some content provider,” he said. 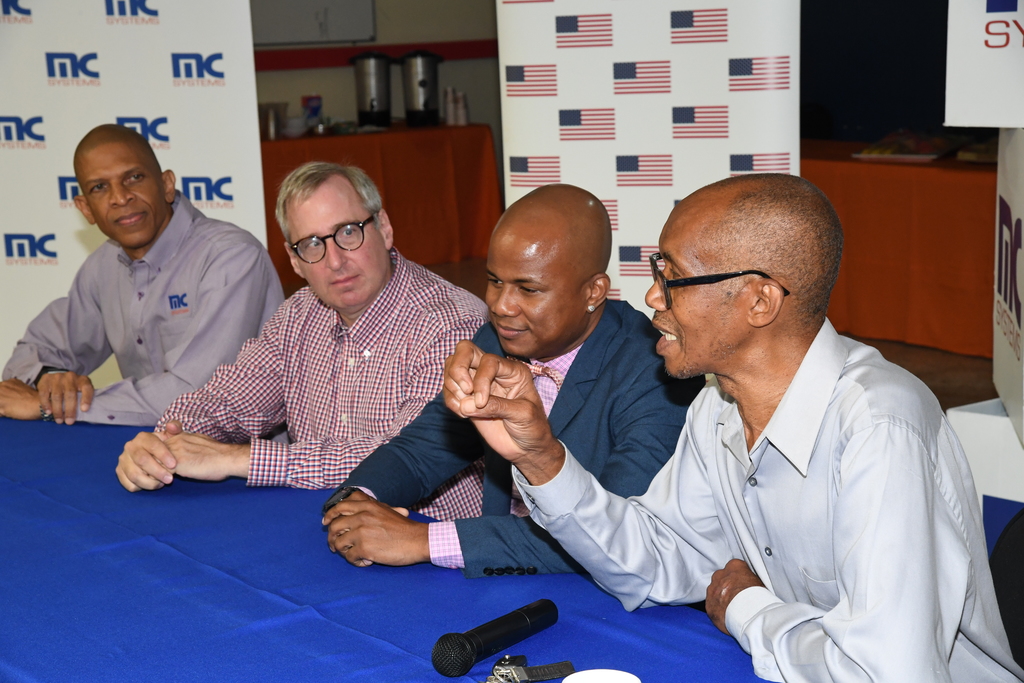 Franklyn McKnight (right), veteran journalist and adjunct lecturer at CARIMAC makes a point at a roundtable discussion with journalists. Looking on (from left) are Colin McGann, assistant general manager MC Systems; Alan Deutschman, professor of journalism, University of Nevada, USA and George Davis, president of the Press Association of Jamaica.

Damion Mitchell, integration editor at The Gleaner, said that the practice of breaching copyright online via social media platforms should be flagged, especially when the abuse is committed by traditional media houses, which should know better.

Kalilah Reynolds, business editor at Nationwide, who also has a personal online programme, noted that she has been forced to protect her own work online.

“People are starting to take my content and sharing it without credit. There are advantages and disadvantages, but you have to put your logo on your content,” she advised, as being one way to protect your work.

Meanwhile, Reynolds noted that the issue of fact-checking has become even more relevant for journalists, as digital technology has opened a gateway to information being disseminated at high speed.

“You have to make sure that you absolutely have the information correct, before you ‘run with it,’ because people are turning to you like the traditional media to legitimise what they hear on social media,” she noted.

She also emphasised that free access to the internet has put pressure on newsrooms to ensure that the information being communicated in the public sphere is correct.

The discussion was moderated by Franklyn McKnight, veteran journalist and adjunct lecturer at CARIMAC. Other participants in the discussion were: Alan Deutschman, a 27- year career journalist and professor of journalism at the University of Nevada, Reno, USA, who was the guest presenter for the workshop; academic representatives from the University of Technology, CARIMAC and MC Systems.

The discussion also covered areas including how journalists use technology to enhance their craft; how technology affects responsible journalism; ethics, and how journalism schools are preparing students to operate in the new paradigm.