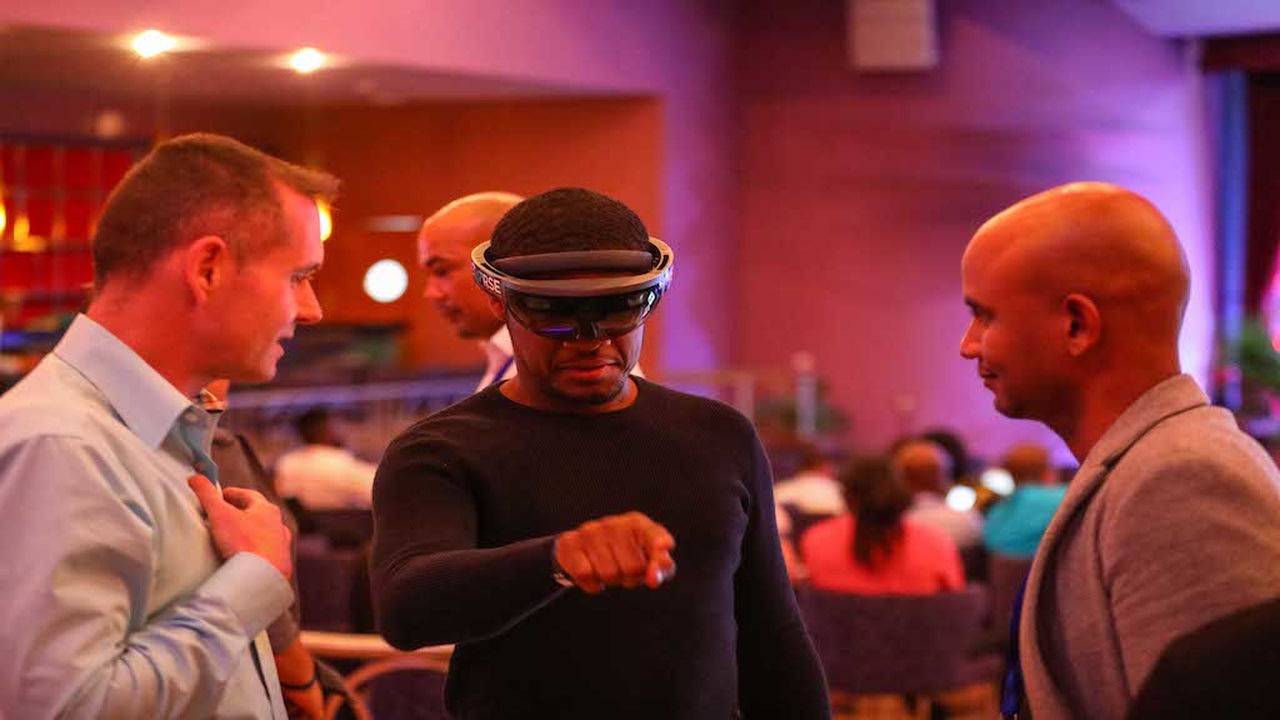 The global community will convene at the luxurious Iberostar Grand Rose Hall resort in Montego Bay, Jamaica, from November 29 to December 1, 2018 for the annual Tech Beach Retreat aimed at connecting wealth and resources with ideas and opportunity.

“We are working to spark an entrepreneurship and innovation revolution in the Caribbean. Our goal is to connect the best in the Caribbean with the best in the world, driving a paradigm shift in the economic outlook of the Caribbean. Our summits are designed to serve as catalysts for big ideas, innovation and investment positioning organizations with the right resources to make their visions happen,” said Kirk-Anthony Hamilton, co-founder and curator of Tech Beach Retreat.

Since inception, the event has evolved into an innovative platform - connecting people, ideas and opportunities with the ultimate goal, through entrepreneurship and engagement, to unlock the full economic potential of the Caribbean region. 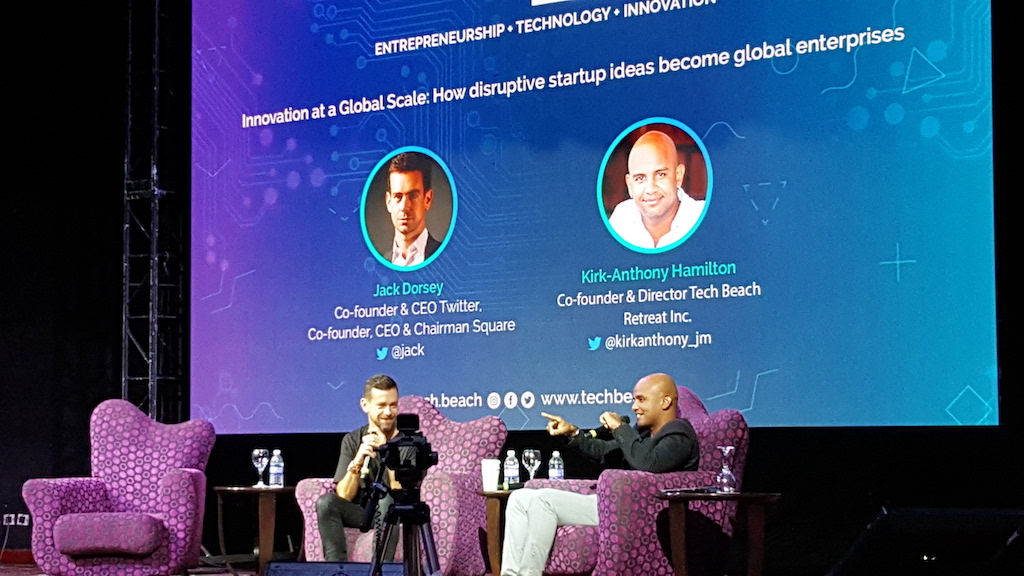 According to the organisers, the hope is to inspire a culture that embraces innovative new ideas, spurring disruptive start-ups into large enterprise.

Last year's staging was a massive success on a global scale with speakers including Jack Dorsey, Founder and CEO of Twitter and Square, as well as Lloyd Carney, the former CEO of Brocade, which was sold for US$6 billion one week before the conference, according to the organisers, who state that the event has emerged as the dominant force driving conversations on technology and innovation in the region and the world, with many in Silicon Valley, associating tech in the Caribbean with Tech Beach Retreat.

Dorsey, who was visiting Jamaica for the first time, last year shared the story of Twitter’s growth from a simple idea shared by friends into a massive global enterprise, which has driven numerous global shifts and played a huge role in discourse on matters of significant consequence. He also revisited the evolution of Square, which was designed to empower people around the world to be more enterprising through the easier acceptance of payments anywhere in the world.

Dorsey, who expressed future interest in the Caribbean, did not shy away from controversial topics as many had expected. He was especially passionate about blockchain technology and bitcoin as the tool millennials will use to change the world and he also touched on the matter of politics, defending Twitter’s unbiased stance and the refusal to silence any single political voice. 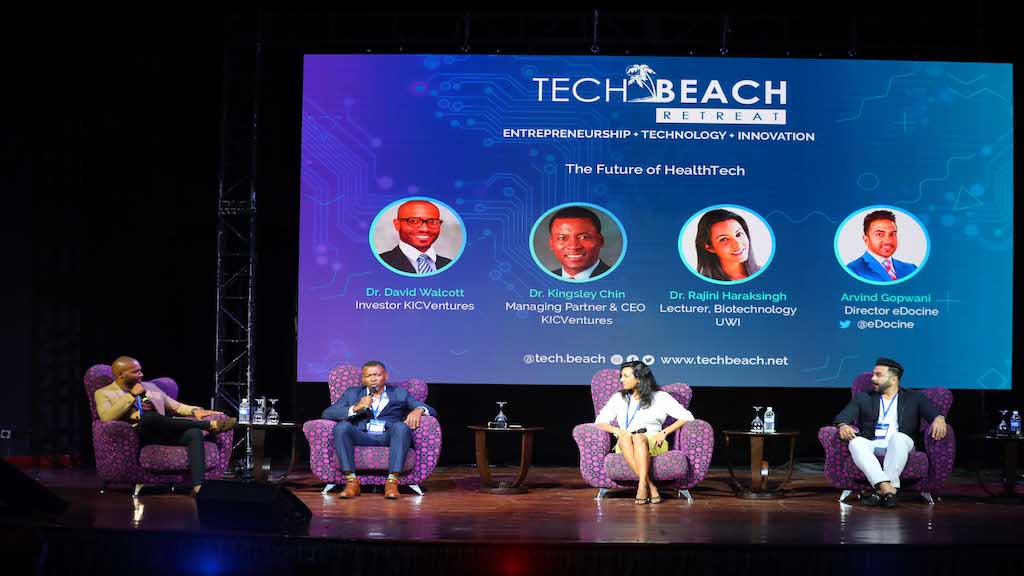 Tech Beach organisers report that the 2017 staging attracted 250 tech entrepreneurs, investors and innovators from around the world. Over 60 per cent of the participants - representing companies including Google, Facebook, Microsoft, Linkedin and Paypal - were international and over 60 per cent reported doing business with another participant within six months after the event.

The 2018 theme is Disruptive Innovation – Exploring the Technological Transformation of Industries. Focus areas will continue to include fin tech, health tech and consumer tech, with special attention being paid to emerging technologies including digital payments, artificial intelligence, robotics and automation, cyber security, big data and blockchain technology and cryptocurrencies, the organisers said.

Co-Founder Kyle Maloney shared,“These are some of the areas which we believe are ripe for adaption in our market and they present the opportunity for the Caribbean to ride waves of new innovation. It’s very difficult for us to jump on the bandwagon of far advanced technologies, but these emerging areas have massive wealth creation potential for the region.”

This year’s staging features Michele Ramanow, Co-Founder and CEO of Clearbanc and a star on Canada’s popular TV show Dragon’s Den, the inspiration for Shark Tank. Other featured speakers include Jeff Pulver, the Founder of Vonage; Arquay Harris, Director of Growth at Slack, the world’s fastest growing startup; Danielle Feinberg, Director of Lighting at Pixar; Erin Teague who leads VR for YouTube and Jason Mars, Founder and CEO of Clinc, considered one of the top ten innovators in the Banking Industry for his cutting edge AI solution. They will be joined by local stalwarts including Nadeen Matthews Blair, Chief Digital and Marketing Officer, the largest bank in the region and one of the most profitable in the world, Matthews has been charged with leading the banks digital transformation by majority shareholder, Jamaican born billionaire Michael Lee-Chin.

Tech Beach Retreat is activated as a partnership with involvement from a number of entities including the Iberostar Resorts, Development Bank of Jamaica, JAMPRO, The ICD Group, Massy Technologies, Regus, Lucid Works from San Francisco, Polymath and Ample Organics from Toronto amongst others.

Tech Beach Retreat is offers an interactive masterclass like no other offering participants an all-inclusive non-hierarchical experience. The organizers have created an experience specifically targeted for the global community of entrepreneurs, investors and influencers to engage and build relationships with the local and regional captains of industry and the most promising start-ups. The forum is designed for relationship building, communication and organic business development. It is a catalyst for change, which exposes business leaders to the challenges and opportunities presented in our increasingly complex technology driven, multi-dimensional global economic environment. Tech Beach’s positive results are based on its core framework: Innovate, Connect, Transform:

Innovate – The successful businesses of tomorrow will look nothing like today. The Caribbean needs to create the enabling environment for her citizens, especially the youth and start-ups, to innovate and catch up with the rest of the tech-developed world. Tech Beach is an early stage reflection of the environment necessary.

Connect - Connect for synergy and to consolidate! The second area of focus is to emphasize on the synergy required between the various stakeholders in the innovation chain of the tech ecosystem, i.e., Startups, Mentors, Investors, etc. for any meaningful impact of innovations to be felt in the society. We connect the best in the region with the best in the world. Tech thrives on frequent idea exchange and collaboration. A more global ecosystem will foster new ideas and greater access to resources and markets.

Transform - It is one thing to innovate and, yet, another to utilize the innovations to transform the lives of the Caribbean people for the better. This is why Tech Beach 2018 will also focus on how to transform innovations to positive life-changing effects on the Caribbean population. We are empowering the next generation to positively shift the region’s economic outlook through entrepreneurship, innovation and technology.

Tech Beach Retreat is a fast emerging and widely celebrated global community of tech entrepreneurs, investors, influencers, enthusiasts and innovators meeting under the idyllic backdrop of the Caribbean sun, sand and sea. The platform offers a deal makers' paradise where the best in the world come together.

Tech Beach Retreat to create gateway for innovation, investment in the Caribbean