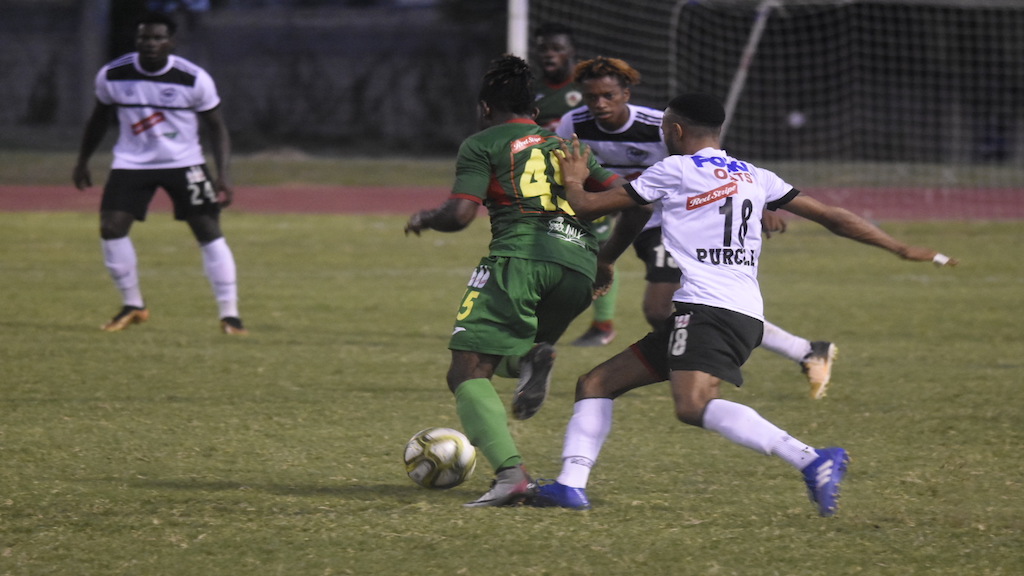 The hunt for the final two spots to complete the top six teams, which will advance from the preliminary round of the 2018-2019 Red Stripe Premier League (RSPL) continues on Sunday with action on Match Day 30.

The top team at the end of the preliminary round is guaranteed a $1 million and Portmore United with an eight-point lead will be trying to secure the reward.

Both Mount Pleasant, the home team, and Cavalier are aware that the outcome of their match can help their ambitious goal of automatic qualification into the semi-finals.

A victory for either Mount Pleasant or Cavalier will place them close to second-place Waterhouse, which will play the Monday night's fixture against UWI FC at Drewsland.

It will be an interesting duel as Mout Pleasant have won their last five matches, while Cavalier have secured a victory, two draws and two defeats during that period.