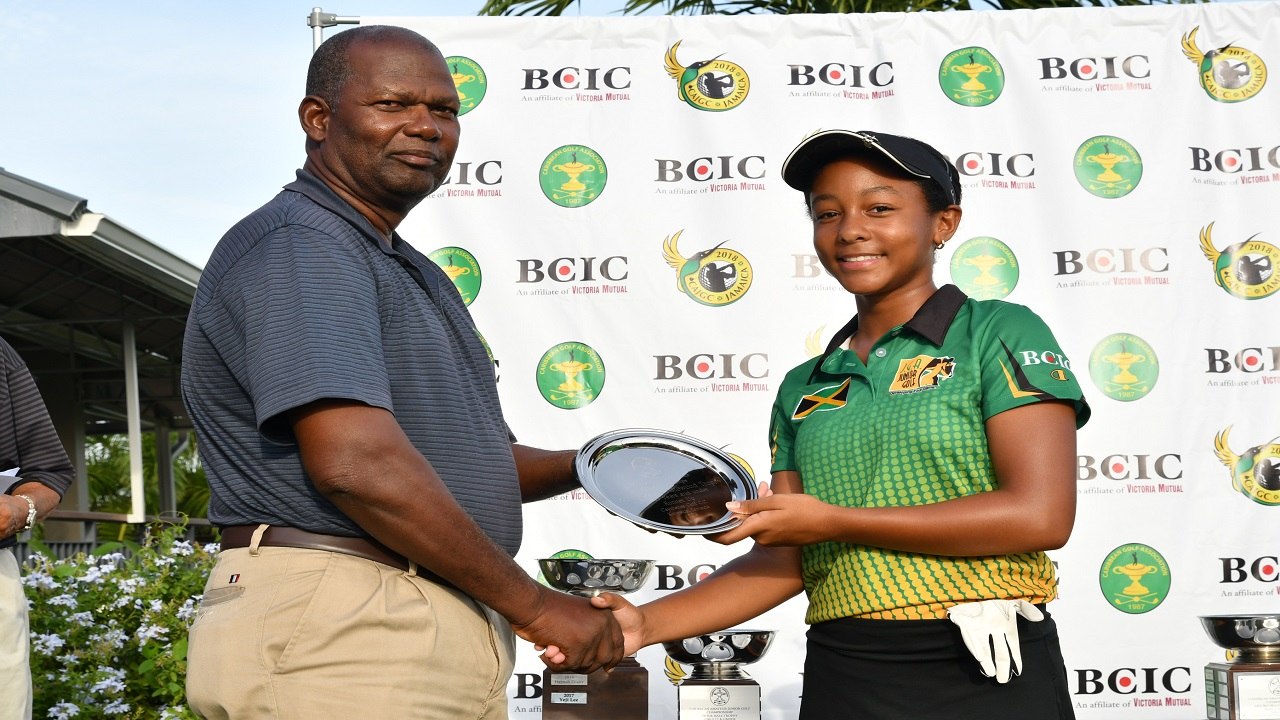 Trenton Weekes, Secretary of the Caribbean Golf Association hands Emily Mayne her 2nd place trophy for the girls 13 & Under competition.

The island's young golfers finished second overall in the competition which was held at Caymanas Golf Club.

It was a tremendous showcase of great promise for the future of young golfers, including females, in Jamaica. Results in the girl's sections included Emily Mayne’s 2nd place finish in the 13 & Under Girls and Kei Harris who not only grabbed 2nd place in the 18 & Under Girls but also took home the Izzy Marley Award for Sportsmanship. Harris is the second Jamaican female to win this award, with Evelyn Lai being the first in 2016.

Peter Levy of BCIC (the event’s title sponsor) was elated with the outcome.

“Golf affords young people the unique opportunity to build character because they compete against their own weaknesses rather than an opponent,” noted Levy, adding “BCIC hopes that developing this trait will turn out strong future leaders for Jamaica.”

BCIC and JGA have teamed up to raise awareness of golf in Jamaica and also entice females to learn the sport.

The company will be launching a mental coaching programme in support of young Jamaican golfers, ‘Think Like A Champion", as well as a ‘Girls and Golf’ campaign via social media to encourage females to get involved with the sport.

BCIC/JGA will be encouraging high schools to participate in an Inter School Golf Championship, with first time trophies for the top female team and individuals.

BCIC/JGA are also developing a mentorship programme for junior girls with current female golfers, and have also pledged to financially facilitate participation in overseas tournaments for these young women. The hole-in-one however, is BCIC’s offer to sponsor a ‘dream golf vacation’ to a world-class golf destination for girls who excel at the sport.