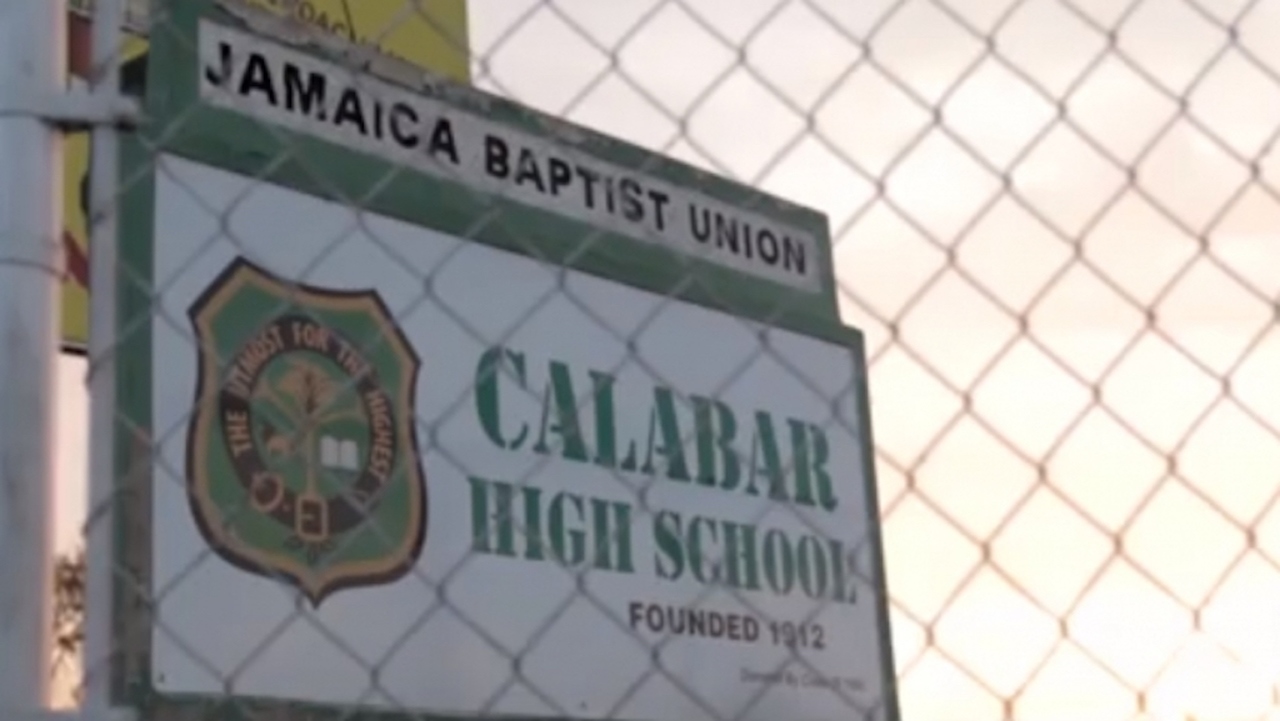 The Calabar High board says teachers were not part of the rowdy group who chanted derogatory slurs against rival Kingston College during general devotion inside the school auditorium on Monday.

"Preliminary reports so far indicate that the teachers present were not party to the unfortunate utterances, which took place during the regular chanting of school cheers. In fact the acting principal, who was also present, took immediate action and stopped the offensive chant once he became aware of the content," board chairman of Calabar High school, Karl Johnson said in a news release.

The board's assessment over teacher involvement runs contrary to the opinion of some social media users as disgruntled and disgusted members of civil society continue to weigh in on a video circulating on social media which shows scores of Calabar High students chanting, "KC ah b****man school', in a loud rhythmic cadence at what appears to be morning assembly in the presence of school officials.

The incident followed Calabar losing their title to KC at the 2019 staging of the ISSA/GraceKennedy Boys’ and Girls’ Athletics Championships over the weekend.

"I think it is a disgrace, it shows the depths that we have reached as a nation when a leading boys school is heading in such a poor direction, and the authorities (in charge of the school) should be brought to book for this incident. I am calling on all old Calabar High school students, including former Prime Minister PJ Patterson to comment on and investigate this incident; this is an utter disgrace," Wright told Loop News reporter Claude Mills.

One member of the Calabar Old Boys Association, who spoke on condition of anonymity, says that the video is a portent of troubling times to come.

"All of us are saddened and disheartened by the video. This is a dark time for the institution, and it is not only Calabar, this is a symptom of a deeper malaise and cancer within our society as a whole. If that is an indication of where Jamaica's future is heading, we are all lost," he said.

Track athlete Warren Weir made a call for the acting principal of the school, Calvin Rowe, to be sacked with a pithy almost slogan-like crystallization of the whole debacle : "Rowe must go".

In the meantime, the Calabar board said it found the content of the video "deeply abhorrent and not in keeping with the values, ethos and principles that we have upheld as a church school for over a century."

Members of the board met with school administrators along with bigwigs from the Education Ministry on Tuesday, following which it was announced that representatives of Calabar will read an apology letter it prepared for Kingston College during devotion at the latter's North Street, Kingston compound on Wednesday.

The incident follows in the wake of a mushrooming scandal involving the school's star track athletes who were accused of beating a physics teacher, Sanjay Shaw, in an incident several months ago. Shaw had reported the incident to the Constant Spring Police.

The students, Christopher Taylor and Dejour Russell were reportedly handed a five-day suspension on March 12. However, it is being alleged that Taylor was still allowed to represent the school at a track meet over the suspension period.

Calabar boys to apologise to KC over derogatory chant