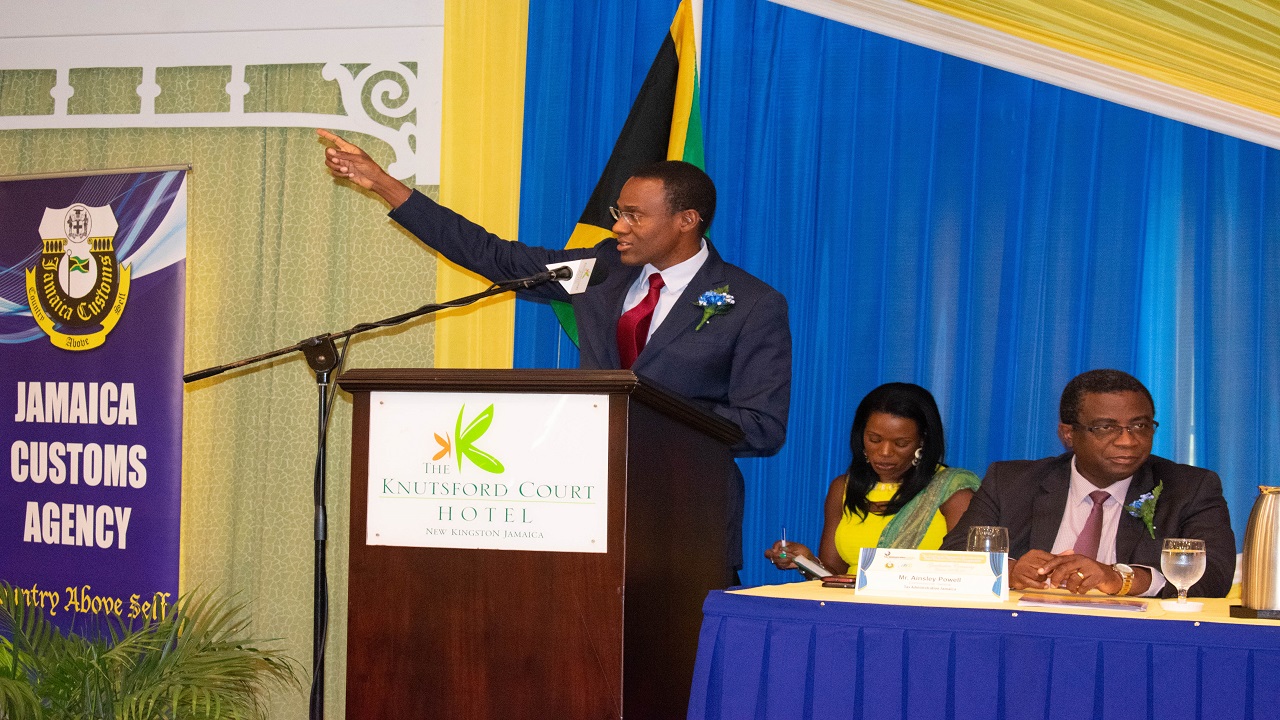 Finance Minister Dr Nigel Clarke says tax revenues are ahead of budget by approximately four percent for the first four months of the 2018/19 financial year.

While speaking at the Tax Audit and Revenue Administration (TARA) Post Graduate Diploma Programme Graduation Ceremony at the Knutsford Court Hotel on Friday, September, Clarke noted that investments in the transformation of Jamaica’s tax administrative services are bearing fruit in an environment where the economic fundamentals are moving in the right direction.

“There is a sense that the practice of increasing taxes each year could mask or hide inefficiencies. The fact that there were no new taxes this year, and for the first four months of the year, tax revenues are four per cent ahead of budget, is very, very significant. And ladies and gentlemen, who work within the Tax Administrative System, have everything to be proud of,” Clarke said.

Clarke further highlighted that as the government continues public sector transformation, the public sector employees have a crucial role to play in embodying the ideals of the preferred Jamaican state.

“In that moment when you are interacting with members of the Jamaican public, you are the embodiment and personification of the Jamaican state.  And since that is who you are in that moment, it is crucial that you internalize, you become, and you project the deepest ideals of Jamaica in your interaction. In the way in which you relate to members of the public, you become who you want Jamaica to be. You are the embodiment of a wise Jamaica, of an efficient Jamaica, of a compassionate Jamaica, and of a just Jamaica” the Clarke told the graduates.

Clarke also acknowledged the role of the US Treasury in supporting the development of the Post Graduate Diploma Programme 30 years ago.

He noted that with the support of the US Treasury, “a simple seed was planted thirty years ago and has yielded this fruit, year after year after year. It is something we can seek to replicate in other areas, and show that when you invest in capacity-building in Jamaica, you are investing for the long-term and it makes a massive impact.”

The minister congratulated the graduates and encouraged them to continue to strive for excellence.

“Your role is a consequential role in the public sector.  Your job is at the heart of the public service, and you can influence the way in which Jamaicans perceive Jamaica,” he said.