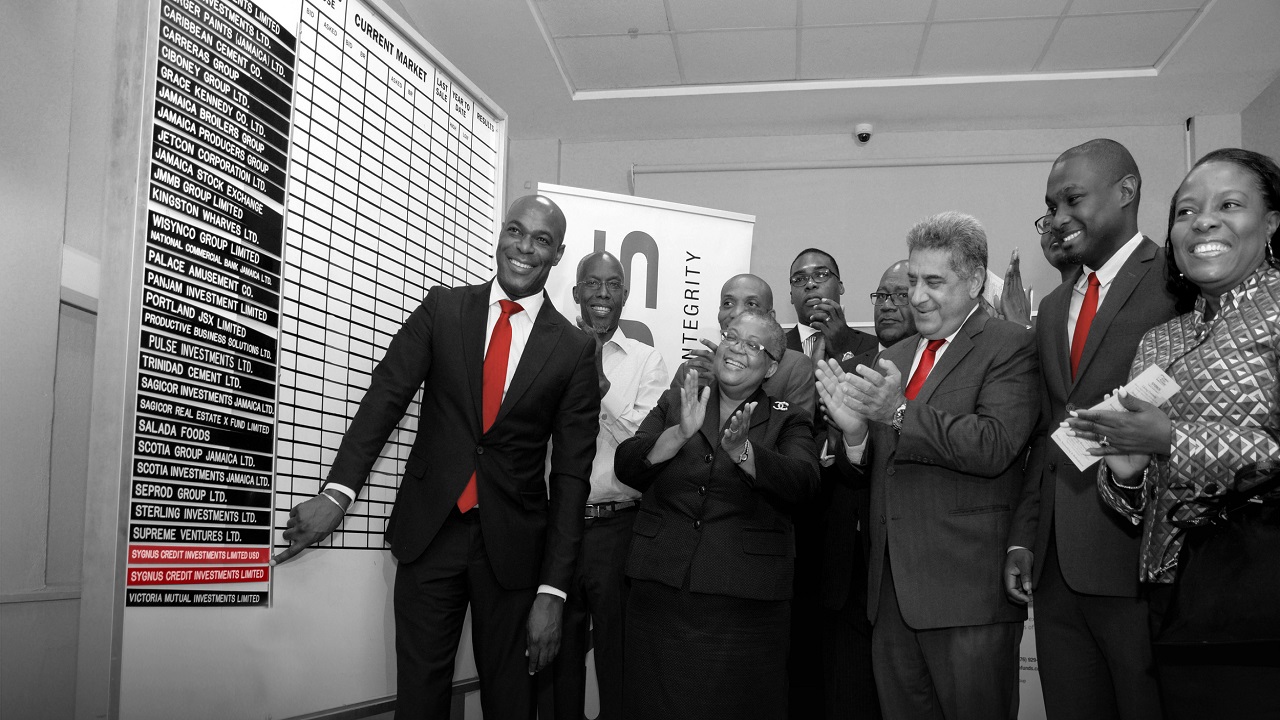 The private credit investment company listed 350,087,563 ordinary shares in total, with 53 per cent of the shares on the JMD market and 47 per cent on the USD market.

SCI listed its shares after its initial public offering (IPO) was three times oversubscribed, making it the largest IPO for a private credit investment company in the Caribbean.

The company initially sought to raise the equivalent of $1.2 billion, but doubled the size of the offer after receiving $4.2 billion in subscriptions, gaining 3,434 additional shareholders during the process.

“This is the first company to cross-list both issues. The move lends itself to greater buoyancy/trading of these securities on the secondary market as investors despite whether they purchased in the US dollar issue or Jamaica Dollars issue can transact in any of the markets. I wish to applaud the company in making this move,” stated. Marlene Street Forrest, Managing Director of the Jamaica Stock Exchange.

This is made possible because the Jamaican shares, SCIJMD and SCIUS have the same international shares identification number or ISIN, which allows a shareholder to trade the shares on both markets. Likewise, the US securities, SCIUSD and SCIJA have the same unique ISIN. Investors can thus switch between the two currencies by instructing their brokers to do so, if this is desired by any shareholder.

Shareholders will receive dividends in the currency in which their shareholding is denominated.

“As a company and board, we have a tremendous responsibility to our expanded stakeholder base of over 3300 new stakeholders. Making the transition from a private company to a public listed company is a very serious undertaking and we at SCI commit and pledge that we treat it as such. Our new investors will be treated fairly & equally. We will ensure the investment you have made will grow and flourish. As a board we commit to good governance, to transparency and accountability. We pledge to be a model listed company and in doing so maintain consistent and honest investor communication,” stated Iton during his opening remarks.

Sagicor Investments partners with Sygnus in $1.2B IPO