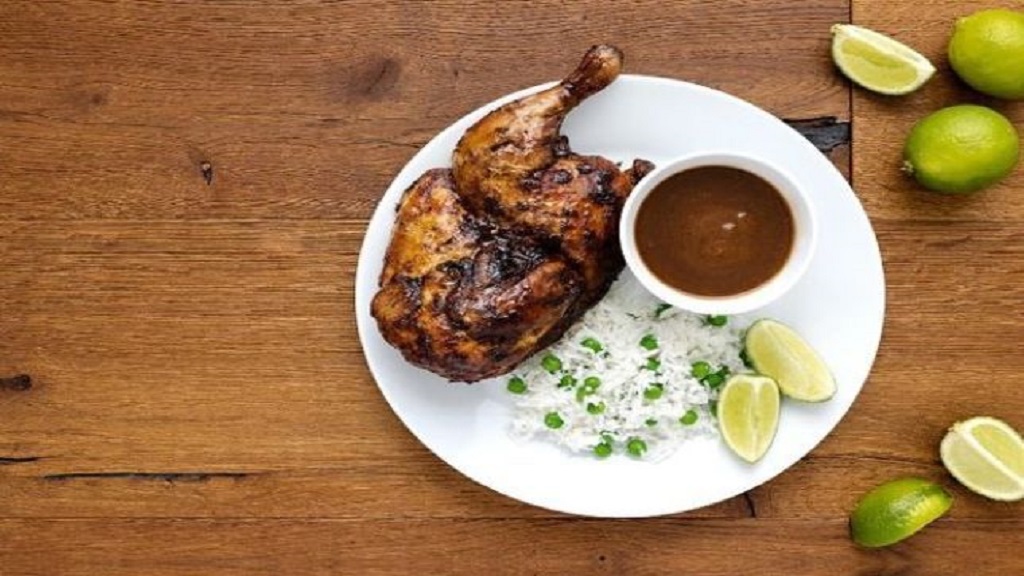 Jerked chicken served alongside white rice with green peas sprinkled over it.

Swedish home furnishing company IKEA got its hands burnt at the fireside after a botched attempt at selling the Jamaican dish, jerk chicken and rice and peas.

The retailer recently added the jerk chicken to its food menu in the United Kingdom, and was met with immediate backlash after a photo of the dish was shared on Twitter.

The jerk chicken may have passed, but it was the traditional Jamaican rice and peas that IKEA got totally wrong.

Jamaican rice and peas is made with coconut milk, red peas or pigeon (gungo) peas, and flavoured with escallion, thyme, garlic and green pepper

“This is IKEA’s jerk chicken and rice and peas and no, I’m not eating it,” a Twitter user shared in a post, along with a picture of the food, which consisted of a piece of jerk chicken next to white rice and green peas.

Other Twitter users were quick to jump on the glaring pea error, calling out the brand for “cultural misappropriation”, and claiming a quick Google search could have avoided the blunder.

In a statement to the British media, IKEA apologised and said it was “re-looking at the dish”.

“IKEA is a Swedish home furnishing company with a much-loved food offer,” IKEA said in its statement.

“We take inspiration from many countries around the world and have always worked to combine different flavours and ingredients to offer delicious, healthy and affordable dishes,” it added of its food service.

“We’re aware that our new jerk chicken, served with rice and peas, has created some conversation and in some cases, offence. Our intention was to create a dish for many people to enjoy, but we appreciate that we may have got it wrong.”

But all that was not before social media users went to town on the blunder.

“IKEA really put peas in white rice... sold it with jerk chicken and called it rice ‘n’ peas?” asked LMAO, a social media user among the many posts on the subject.

International chef for the Montego Bay Jerk and Food Festival