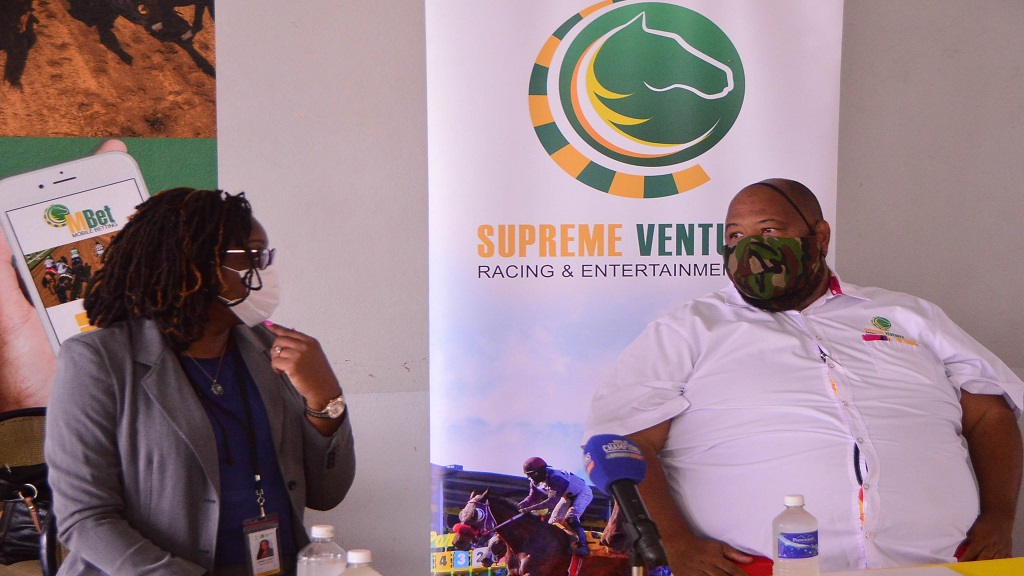 Local race promoters Supreme Ventures Racing and Entertainment Limited (SVREL) on Monday disclosed the specifics of the Memorandum of Understanding (MOU) with industry regulators during a press conference.

One of the key stipulations of the MOU is the recovery of operational costs racked up by SVREL during the COVID-19-related shutdown. This will be done through reducing the purses offered to races.

SVREL General Manager, Lorna Gooden said the agreement allows for SVREL to recover costs of $13 million incurred in the month of May through equal installments for the rest of the year.

“The MOU stated that if racing resumed on June 1, SVREL would recover the sum of $13 million, which represented expenses incurred during May and would be collected through equal installments to the end of the year.  If racing resumed on July 1, the amount would be $26 million representing the expenses incurred in May and June and collected through equal installments to December 31,” she said.

She explained that “since racing resumed on June 20, SVREL prorated the amounts for the actual race days and applied costs of $611,111.11 for each of the two race days in June. We also advised the stakeholders that a monthly recoverable of a little over $3.4 million will be applied for the remainder of the year.”

SVREL also pointed out that it had made several operational changes to ensure that racing could resume safely and without incident, under the guidance of a consultant engaged by the Betting Gaming and Lotteries Commission and the Jamaica Racing Commission.

SVREL said that the consultant assisted in the development of protocols that cover the entire operations of the track, including entrances, saddling barn and ring, the jockey's room, stable areas, and stands.

Gooden added that the implementation of a ticketing system is also part of crowd control efforts to make sure that race days do not exceed the track’s 1200 capacity.

The first Classics of the 2020 racing season will showcase three-year-old fillies for the 1000 Guineas and colts and geldings for the 2000 Guineas competing over 1600 metres.