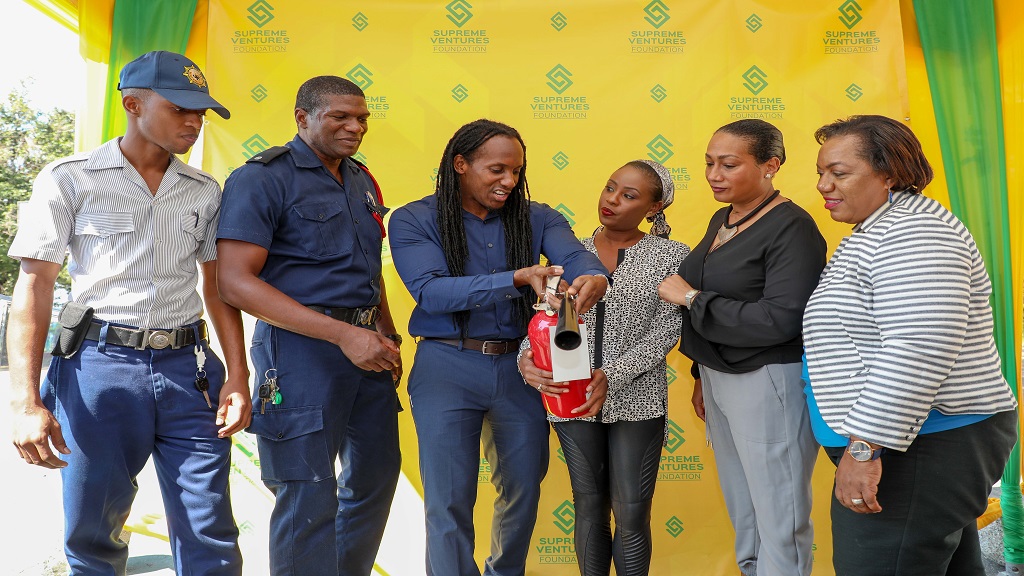 State Minister Alando Terrelonge (3rd left) shows Chairman of the Maxfield Park Children’s Home, Emprezz Golding (3rd right) how to use a fire extinguisher during the handing over event for the $2.8 Million fire alarm system to the home. Looking on are Aldean Minott from the Jamaica Fire Brigade, District Officer for Fire Prevention, Dilton Pike, SV Foundation Director, Heather Goldson and CEO of the Child Protection and Fire Services Agency, Rosalie Gage-Grey.

The Supreme Ventures Foundation (SVF) has pledged to continue to support children in state care in various capacities as it commissioned into use another fire alarm system under the $30 Million Fire Safety Memorandum of Understanding between the SVF and the Ministry of Education and Youth.

SVF Director Heather Goldson made the remarks at the handing over ceremony at the Maxfield Park Children’s Home recently, when a newly installed $2.8 million state of the art fire alarm system was handed over to the home under the ongoing programme.

The Maxfield Park facility is one of 15 to receive an upgraded fire system in the first year of the two year programme. The homes that have already received systems under the programme are Homestead Place of Safety in Stony Hill, Reddie’s Place of Safety in Mountain View, Strathmore Gardens Children’s Home in Spanish Town, Yadel Home for Girls in Old Harbour, and Mustard Seed Communities facilities: Sophia’s Place in Gordon Town, the Gift of Hope facility in Spur Tree, Manchester and Mahoe Drive which houses children with severe physical challenges. 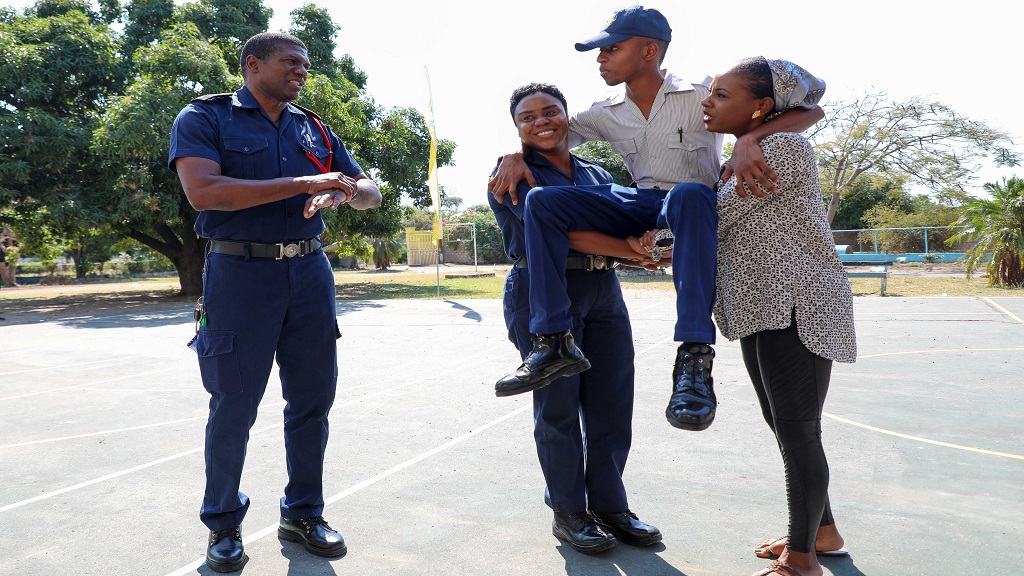 Goldson restated the Foundation’s commitment to the project that will mark its one-year anniversary in two weeks.

“It is almost two weeks to the one-year anniversary of the signing of the foundation’s MOU with the Ministry, and it is most befitting that we are today handing over of one of the largest facilities on the list of homes in the program. We are on track to hit our target of 15 homes by our first anniversary,” she said.

“Our goal posts are set high, and we have deliberately set them that way in order to achieve maximum impact in a relatively short period of time. The project will see 30 State homes across the island receiving fully upgraded fire alarm systems, training from our partners the Jamaica Fire Brigade, and in some instances, perimeter fencing, by February 2021. We set out to pump over $30 million into this project, and we are on budget and on target,” she added.

She also reiterated the importance of the programme that was a proactive response to the tragic fires that have plagued State-run facilities over the years.

“When emergency situations arise, a fully functioning alarm system and well-trained staff can prove to be the difference life and tragedy. The Supreme Ventures Foundation’s investment in this project is about giving children in state care a fighting chance to survive a fire emergency. Our investment is in the people who work tirelessly to care for their charges, to empower them and ensure that they know how to respond if the need arises. Our investment is an endorsement of the capability of our people, the importance of their lives and safety.”

State Minister in the Ministry of Education and Youth, Alando Terrelonge said the multi-stakeholder programme that involves the Child Protection and Family Services Agency and the Jamaica Fire Brigade is a prime example of Corporate Jamaica stepping up to the plate to address national issues and urged other corporations to do the same.

The Fire Brigade presented a certificate of inspection to Chairman of the Maxfield home, Emprezz Golding and took the attendees on a tour of the newly installed system that stretches from the administrative office to the various dormitory clusters on the sprawling property at 89 Maxfield Road.

The Jamaica Fire Brigade invited members of the Maxfield Park Children’s Home board to participate in fire extinguisher demonstrations and a display of the lifts and carries used to assist the injured during fire emergencies.