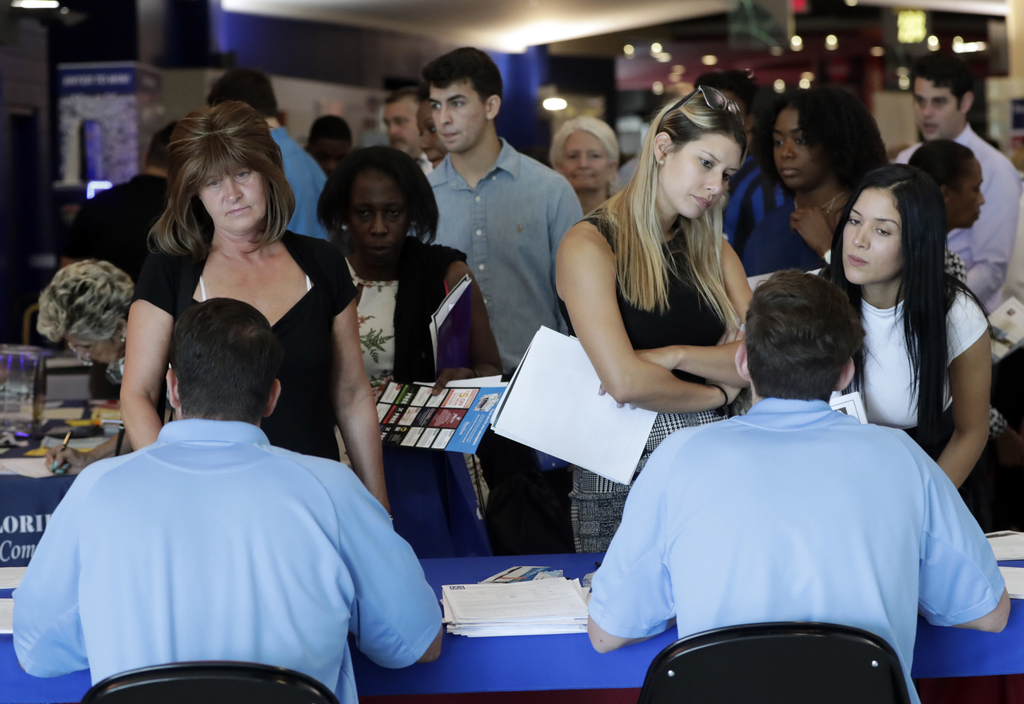 U.S. businesses hired new workers at a solid pace in November, adding 179,000 jobs, according to a private survey.

The report comes as other data also suggest the U.S. economy remains healthy, even as the financial markets have gyrated over concerns about a trade conflict with China and slowing global growth.

Job gains were strong in health care, which added 37,000 jobs, and in hotels and restaurants, which gained 26,000. Professional and technical services, which include high-paying jobs such as accountants and engineers, added 25,000. Construction gained 10,000 positions while manufacturing added just 4,000.

The report Thursday arrives a day before the government releases its official jobs numbers. Economists forecast that they will show employers added 195,000 jobs, and the unemployment rate will remain at a five-decade low of 3.7 percent, according to data provider FactSet.

The ADP numbers frequently diverge from the government's figures.

Ahu Yildirmaz, vice president of the ADP Research Institute, said that most of the job growth occurred among mid-sized businesses, with 50 to 499 employees. Those firms are typically large enough to offer the pay and benefits necessary to attract workers when the unemployment rate is so low. At the same time, they are not as exposed to the burgeoning trade war between the U.S. and China as larger firms are.

Other recent data points to a healthy economy, despite turbulence in the financial markets. Growth has reached a 3.8 percent annual rate in the past six months, the best such showing in four years. That's encouraging more companies to hire. Firms have added a robust total of more than 200,000 jobs a month this year, on average, and job openings are near a record high.

On Thursday, the government said that the number of people seeking unemployment benefits fell, after several weeks of modest gains that were likely spurred by hurricanes in the south this fall.

Largest US grocery chain to add 11,000 jobs this year

US businesses added a solid 190,000 jobs in November