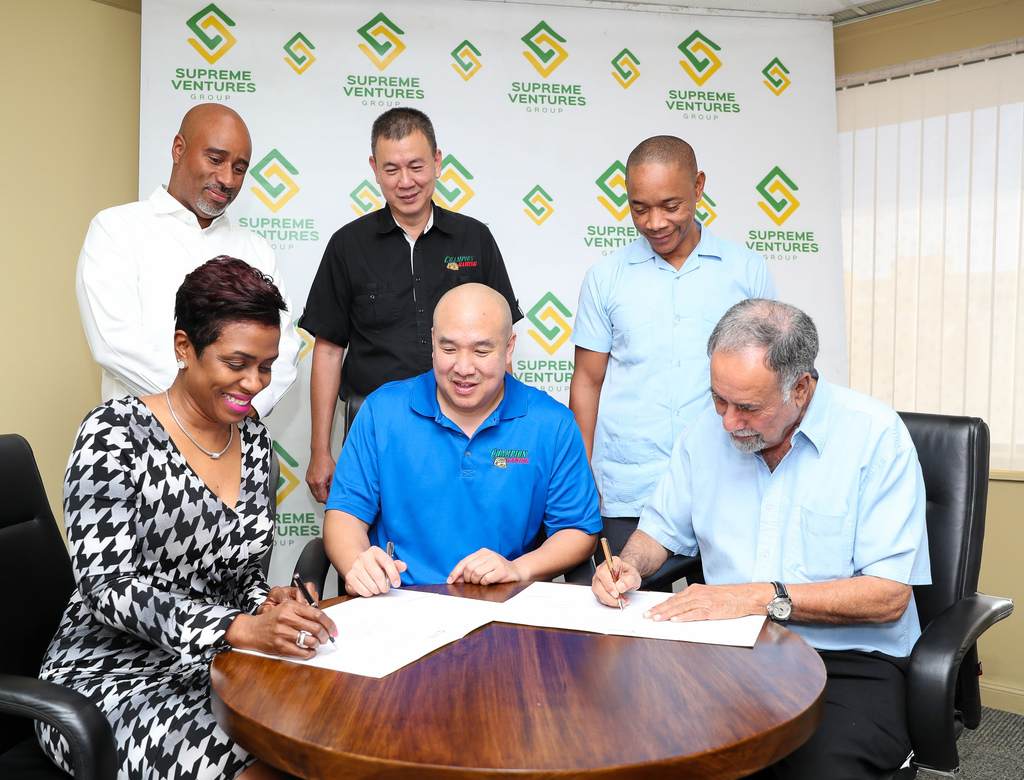 Supreme Ventures Limited (SVL) has concluded a deal to acquire the assets of Champion Gaming Company Limited, a Jamaican-owned company with over 1,200 machines in the Route Video Lounge Terminal, (VLT – slot machines) business in Jamaica.

SVL noted that Bingo Investments, the group’s subsidiary, now owns the majority interest in the assets of Champion, which represents around 15 per cent of the slot machines market operating on the island.

President and CEO of Supreme Ventures Limited, Ann-Dawn Young Sang said the acquisition will now pave the way for Supreme to solidify its market share while expanding its product base in the gaming slots industry.

She added that this move is aligned with SVL’s strategy to expand in new and existing market segments and product streams.

SVL also indicated that Damian Chin-You, Director of SVL, will serve as Chairman of the Board of Bingo. Meanwhile, Ann-Dawn Young Sang, President and CEO of SVL; Xesus Johnston, Co-CEO of Prime Sports (Jamaica) Limited (a wholly owned-subsidiary of SVL); and Christian Tavares-Finson will serve on the board.

In a bid to increase market share, Supreme Ventures has been increasing shareholding in the company in former competitor, Any Bet. The process began in May 2019 has now been concluded.

SVL signed a Letter of Intent with the principals of Post to Post for the acquisition of a majority shareholding in the company.

Post to Post trades as AnyBet and resulted from the merger of Jamaica's largest bookmaking companies – Champion Betting, Track Price Plus Limited and Markham Betting in 2013.

The three firms operated more than 188 betting shops across Jamaica. SVL’s target was 80 per cent control of the business.

SVL first acquired 51 per cent of AnyBet in July 2019 for $572 million. The agreement allowed SVL to buy another 29 per cent of the company, equivalent to 4.16 million shares.

With this deal, SVL expects to ramp up sports betting inflows with accounted for $463.3 million of the $28 billion in revenue over nine months to September 2019.