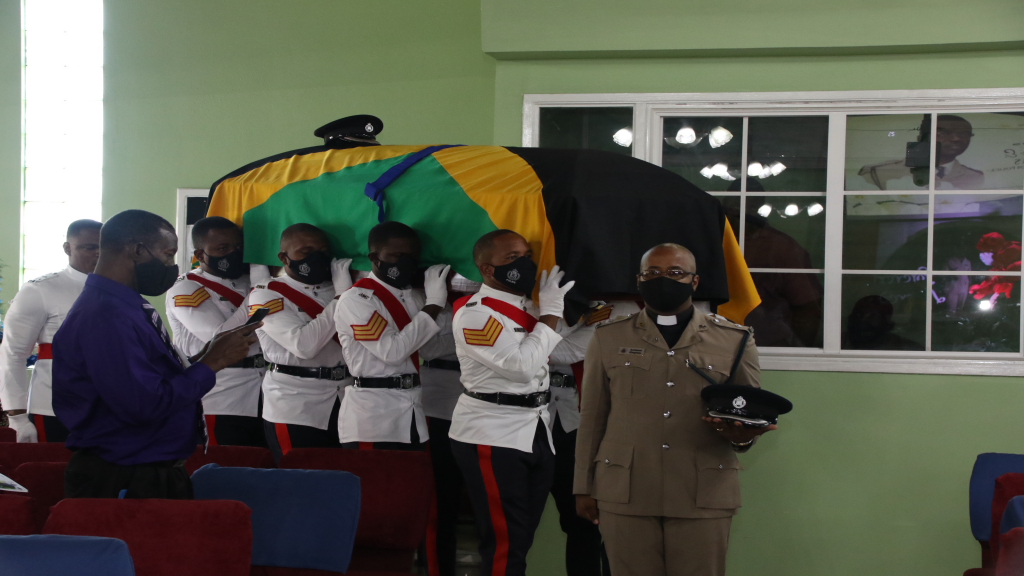 The thanksgiving service for the life of Superintendent of Police Leon Clunis, who headed a team of officers who came under an intense gun attack in Horizon Park, Spanish Town, St Catherine on June 12, was held on Saturday at the Church of the Open Bible on Washington Boulevard in St Andrew.

The service lasted for more than four hours and included several tributes being paid by state officials, civil society, family colleagues and friends.

In his tribute, Governor-General, Sir Patrick Allen, hailed Clunis for his 29 years of service to the Jamaica Constabulary Force (JCF) and the country.

Sir Patrick said "He was resolute in his commitment to crime fighting, and relentless in his quest to contribute to the protection and security of Jamaicans from all walks of life.

“Lady Allen joins me on in offering sincere condolences to his family members, friends and colleagues, and we trust that you will be comforted by the memories that you shared,” added Sir Patrick.

"The passing of this law enforcement practitioner has cut short his contribution to our collective effort in the fight against crime," noted Commissioner of Police, Major General Antony Anderson, in his tribute.

The superintendent’s remains were interned at Meadowrest Memorial Gardens in St Catherine.