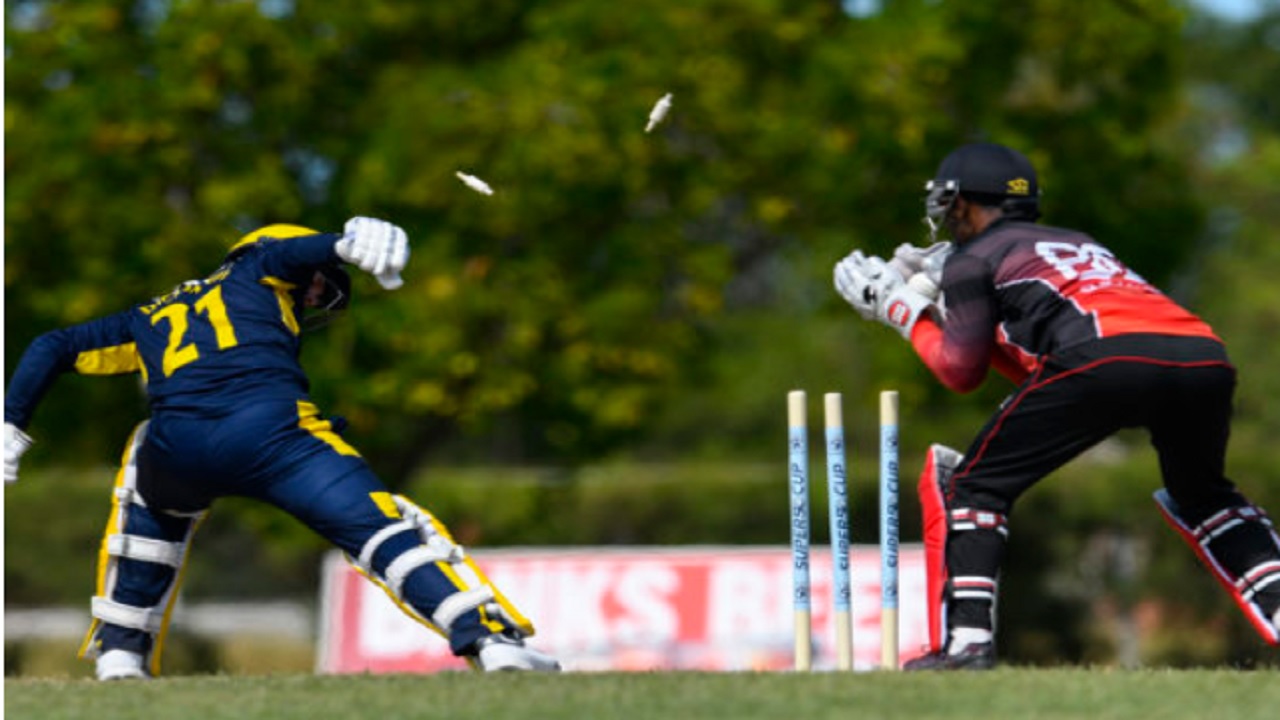 Jamaica Scorpions suffered a shock four-wicket defeat against English county side Kent CCC in their Group B fixture of the 2018 Regional Super50 competition at the Sir Vivian Richards Cricket Stadium in Antigua on Sunday.

It was the second straight defeat for the Scorpions from two matches. On Saturday, Scorpions lost by 23 runs to Leeward Islands Hurricanes in their opening match.

Winning the toss and electing to bat first the Scorpions was pummeled by Ivan Thomas, who had the top three batsmen - Chadwick Walton (1), Chris Gayle (3) and Jermaine Blackwood (14)  back in the dressing room by the time the score reached 29.

Andre McCarthy produced a valiant 76, but the Scorpions were bowled out for 156 in 41.1 overs. All-rounder Andre Russell was dismissed for four.

Ivan Thomas finished with figures of four for 30 while his captain Joe Denly had four for 35.

Kent made easy work of the target thanks to 74 not out from Alex Blake as they reached 159 for six from 43.3 overs.

Russell was the best bowler for Scorpions with two for 30 from eight overs, while Christopher Lamont, Peat Salmon and Oshane Thomas  picked up a wicket each.

Jamaica Scorpions will next be in action on Tuesday against USA at the Coolidge Cricket Ground, while Kent will play Leeward Islands Hurricanes at Sir Vivian Cricket Ground.

OVER AT THE COOLIDGE CRICKET GROUND:  Keemo Paul produced a stunning bowling spell to defend the Jaguars 298 total and hand the Leeward Islands Hurricanes their first defeat.

The Jaguars won by 16 runs.

Veteran batsman Shivnarine Chanderpaul was the first to go for eight. Chanderpaul Hemraj and Shimron Hetmyer partnered for 50 runs to get the innings going. But Hemraj was out for 20 and Hetmyer fell three runs short of a half-century.

Johnson and Raymon Reifer then put on the partnership of the innings of 124 runs, before Reifer fell for 36.

Johnson stayed at the crease searching for his first List-A century, but it was not to be as he was run-out by Terrance Warde on 99 with the score on 250.

Jaguars finished their 50 overs on 298 for eight. Rahkeem Cornwall had the best bowling figures for the Hurricanes with one for 23 from 10 overs.

In their reply, Hurricanes captain, Kieran Powell was first to go, bowled by Keemo Paul for 12. Soon after Devon Thomas became Paul’s second wicket when he fell for 10.

Jamaican Marlon Samuels made 13 before Raymon Reifer accounted for his wicket.

Cornwall then brought the Hurricanes back into the game. He smashed 10 sixes and 4 fours on his way to his second century in this Super50.

He was partnered by Terrance Warde who posted 42 before he became Paul’s third and Cornwall fell soon after for 119.

The Leeward Islands Hurricanes were bowled out for 282 in 45.5 overs, 16 runs short of victory. Keemo Paul finished with figures of five for 76.