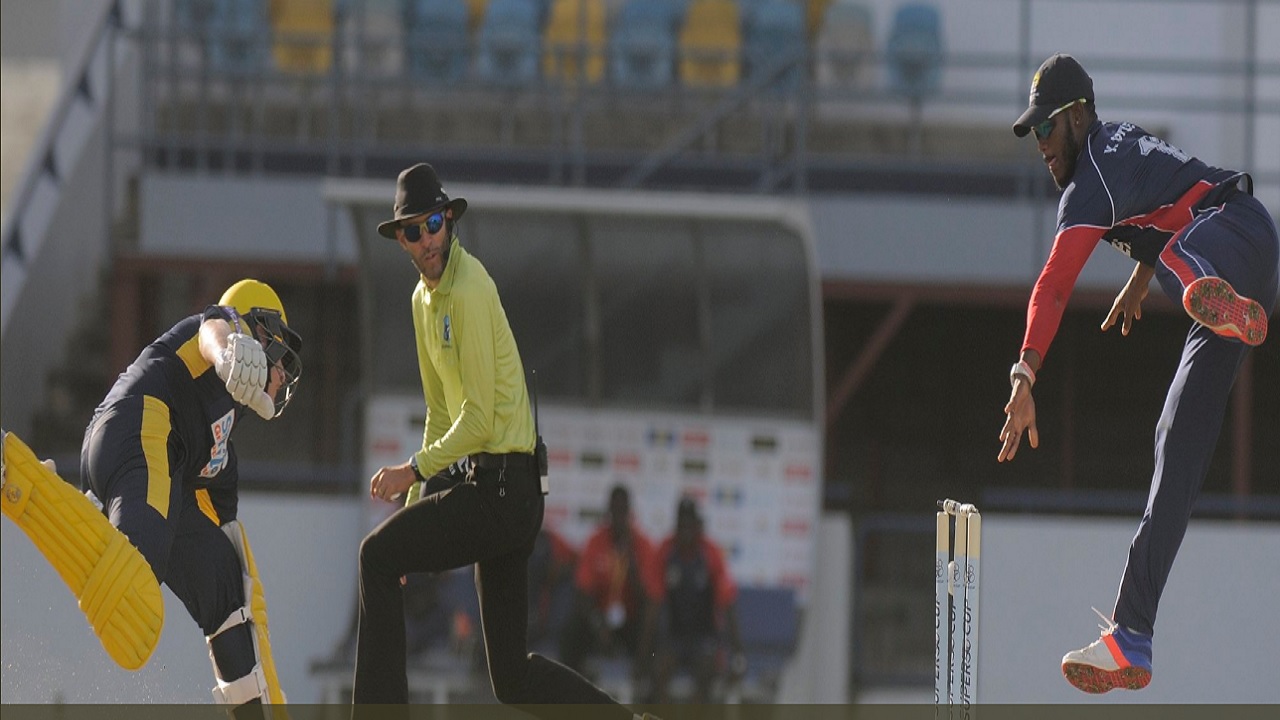 Jamaica Scorpions registered their first victory in the 2018 Regional Super50 by defeating USA by 98 runs at the Coolidge Cricket Ground in Antigua on Tuesday.

Playing without West Indies opener Chris Gayle, Jamaica Scorpions made 254 for eight after winning the toss and then bowled out the USA for 156 with five deliveries remaining.

Veteran spinner Nikita Miller (52 not out from 41 balls) and Odean Smith (30 not out from 32 balls) combined to carry Jamaica Scorpions over the 250 mark.

Elmore Hutchinson was the best bowler for USA with three for 40 from 10 overs.

Needing 255 for victory, USA fell well short with only opener Sunny Sohal (65 from 111 balls) and Ibrahim Khaleel (37 from 75 balls) putting up any resistance.

This was the third Group B game for Scorpions following a shock four-wicket defeat against English county side Kent CCC on Sunday and a 23-run defeat against Leeward Islands Hurricanes in their opening match on Saturday.

In the day's other Group B game, Kent CCC defeated Leeward Islands Hurricanes by nine wickets.

Jamaica Scorpions will next play Guyana Jaguars on Thursday at Coolidge at 2:00 pm; while USA will face Kent  at the Sir Vivian Richards Cricket Ground at 9:00 am.

GROUP A
9:00 AM
Barbados Pride vs CCC Marooners – Windward