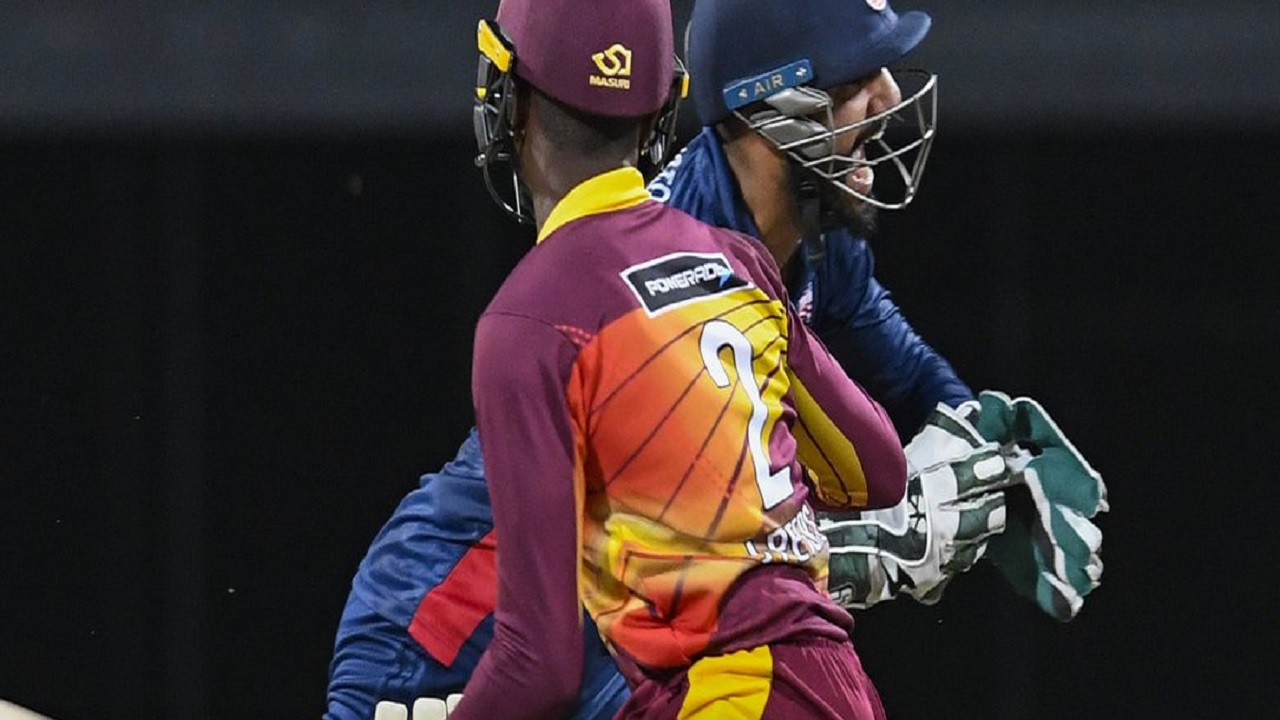 Nosthusha Kenjige and Timil Patel sent ripples through Group “B” of the 2018-19 West Indies Super50 Cup, when they bowled the United States to an 88-run victory over Leeward Islands Hurricanes on Wednesday in Barbados.

Left-arm spinner Kenjige and part-time leg-spinner Patel shared five wickets and backed up the work of their side’s pace bowling side, as the Americans claimed their first victory of the tournament.

In the other Group “B” contest, skipper Carlos Brathwaite led Combined Campuses & Colleges Marooners to a seven-wicket victory over territorial rivals Barbados Pride.

At Kensington Oval: Kenjige grabbed 3-22 from eight overs to earn the Player-of-the-Match award and Patel completed a tidy all-round performance with 2-4 from 2.1 overs to undermine the Hurricanes’ pursuit of a target of 198.

Orlando Peters hit half-dozen boundaries in the top score of 37 from 35 balls, but no other batsman reached 20, as the Hurricanes were bowled out for 109 in 30.1 overs.

Earlier, Patel was one of a handful of United States batsmen that got starts, but failed to carry on, leading the way with a circumspect 39 from 80 balls.

Monank Patel scored 27, Steven Taylor made 22 and Alex Amsterdam got 21.

Leg-spinner Damion Jacobs was the pick of the Hurricanes bowlers with 3-40 from 10 overs; Rahkeem Cornwall, Jeremiah Louis and Chesney Hughes supported with two wickets apiece.

At the Three Ws Oval: Brathwaite struck three fours and three sixes in an unbeaten, even 50 from 31 balls, as the Marooners successfully chased 175 for victory.

He shared a 90-run – unbroken – fourth-wicket stand with Jonathan Drakes, whose 41 from 46 balls included four boundaries.

Marooners had a strong start with openers Kyle Corbin and Kjorn Ottley sharing 70 before they were dismissed – and the home team stumbled to 88 for three in the 20th over.

Brathwaite joined Drakes and they carried the Marooners over the finish line in the 32nd over.

There was neither substance nor stability from the Pride, after they were sent in to bat, except for a period where Kevin Stoute joined left-hander opener Shayne Moseley and they put on 40 for the fourth wicket.

Moseley made 49 from 87 balls to lead the way, Stoute supported with 37, Shamar Springer got 22 and Miguel Cummins made 20.