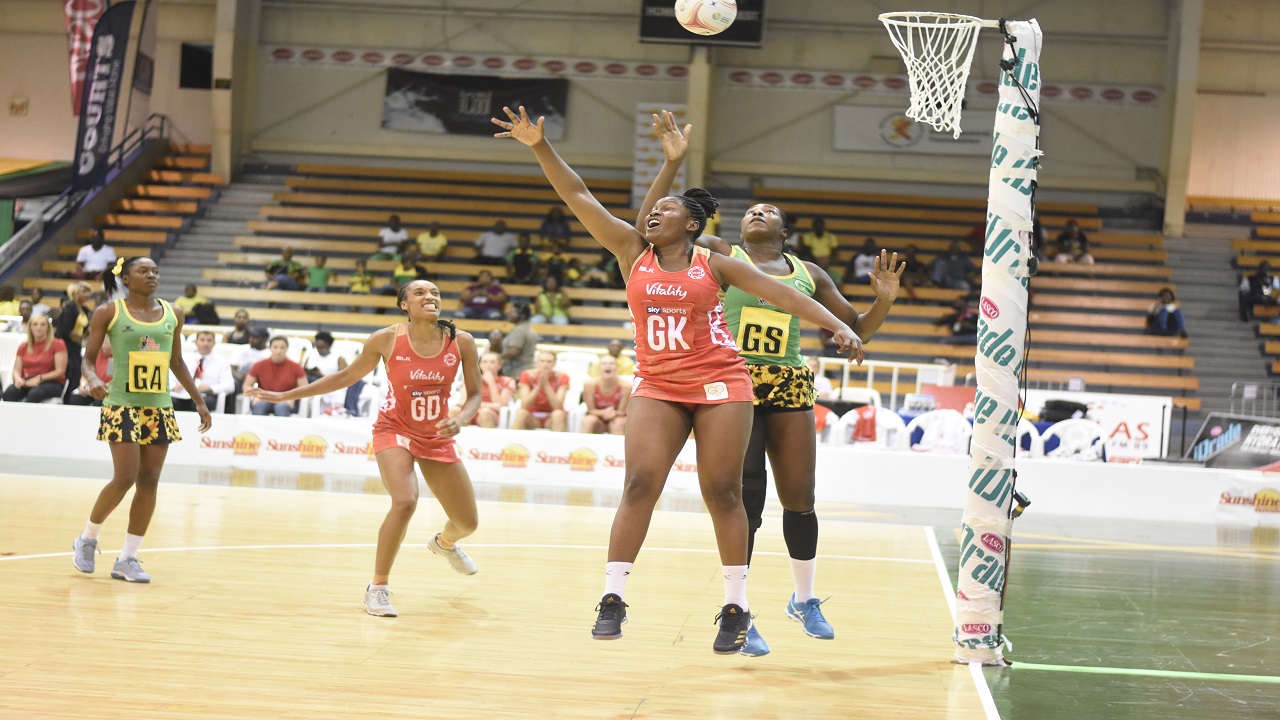 File photo taken during a Jamaica vs England friendly match in England.

The number three-ranked England started quickly and went up 8-2 before number two-ranked Jamaica stormed back through excellent shooting by Jhaniele Fowler that left the hosts up 14-12 after the first quarter.

England stretched their lead back out to four in the second quarter, but once again, Fowler’s strength and hot shooting had the Sunshine Girls clawing back into the match and even taking their first lead since the opening stages with five minutes of the half remaining.

However, England took back the momentum and led by two, 28-26, at the end of the first half.

The Roses stretched their lead to five with a blistering start to the third quarter. After Jamaica got back within two, 34 - 32, England again began to build a lead that was fueled by sloppy play from Jamaica. England shot to a 36-44 lead at the end of the third quarter, and never looked back.

The Roses held on to their lead in the final quarter for a 56-48 win that edged them closer to the semi-finals and put Jamaica’s final four hopes in real doubt.

The Sunshine Girls lost to South Africa on Sunday and their fate is now out of their own hands as they must win their two remaining games  - against Scotland and Uganda - and hope South Africa or England lose their remaining matches.