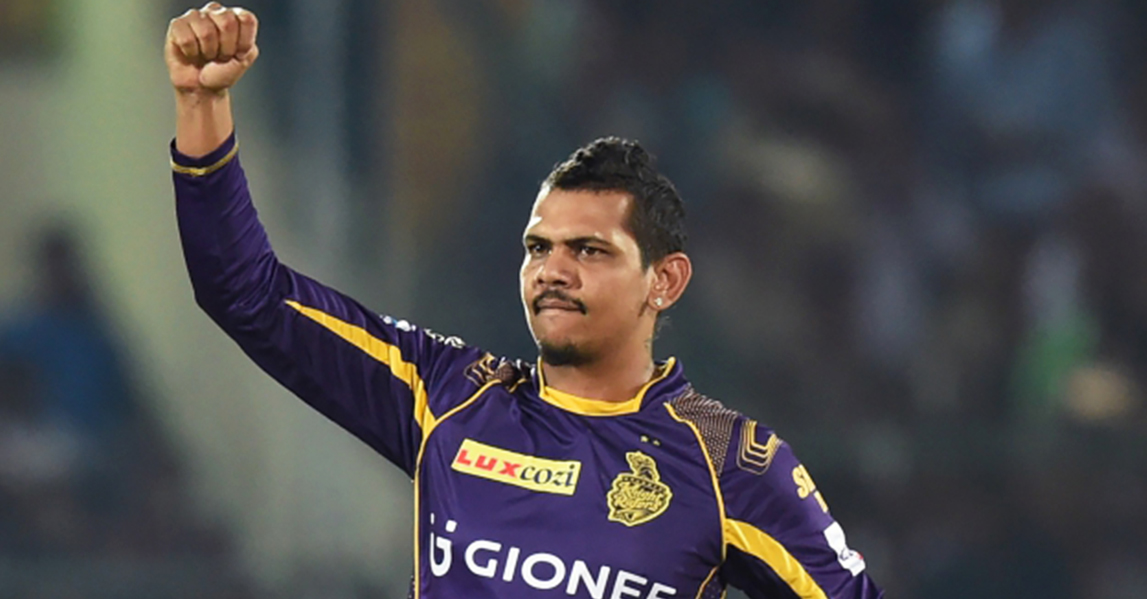 Rana, whose father-in-law died on Friday, put the personal turmoil aside to score 81 off 53 balls and West Indies player Narine, returning after injury and bowling action issues, made 64 off 32 deliveries in Kolkata’s formidable total of 194 for six at Sheikh Zayed Stadium.

Delhi, playing their first day game in this IPL, always lagged behind once Pat Cummins (3-17) uprooted in-form batsman Shikhar Dhawan’s off stump in the second over. Chakravarthy snared five for 20 and Delhi were restricted to 135 for nine.

“This is surreal,” said Chakravarthy, who rated Delhi skipper Shreyas Iyer's wicket as the best among his five dismissals. “The last few games I didn’t get wickets. I wanted to get one or two today, but thank God I got five.”

Iyer’s decision to bowl first seemed to be going in the right direction after fiery fast bowler Anirch Nortje grabbed two early wickets which reduced Kolkata to 42 for three in the eighth over.

But Rana and Narine batted aggressively and raised their 115-run stand in a mere 56 deliveries. The left-handers took 45 runs from offspinner Ravichandran Ashwin’s three overs. Marcus Stoinis went for 41 off his four overs before dismissing Rana and captain Eoin Morgan off the last two balls.

Rana smashed 13 fours and a six before top-edging Stoinis, while Narine hit six fours and four sixes and fell to Kagiso Rabada (2-33) in the 17th over.

Delhi’s run chase faltered early when Cummins had struggling Ajinkya Rahana lbw off the first ball and then Dhawan, who scored centuries in his last two games, could make only six before he was clean bowled by the Australian in his second over.

Chakravarthy then hurried the collapse when Rishabh Pant, West Indies batsman Shimron Hetmyer, top scorer Iyer with 47, and Marcus Stoinis all holed out in the deep while Axar Patel was clean bowled by the legspinner.

“They outplayed us in pretty much every department,” Iyer said. “We are disappointed with the loss, but I am glad it is happening at this point of time. There are a lot of learnings from this game.”