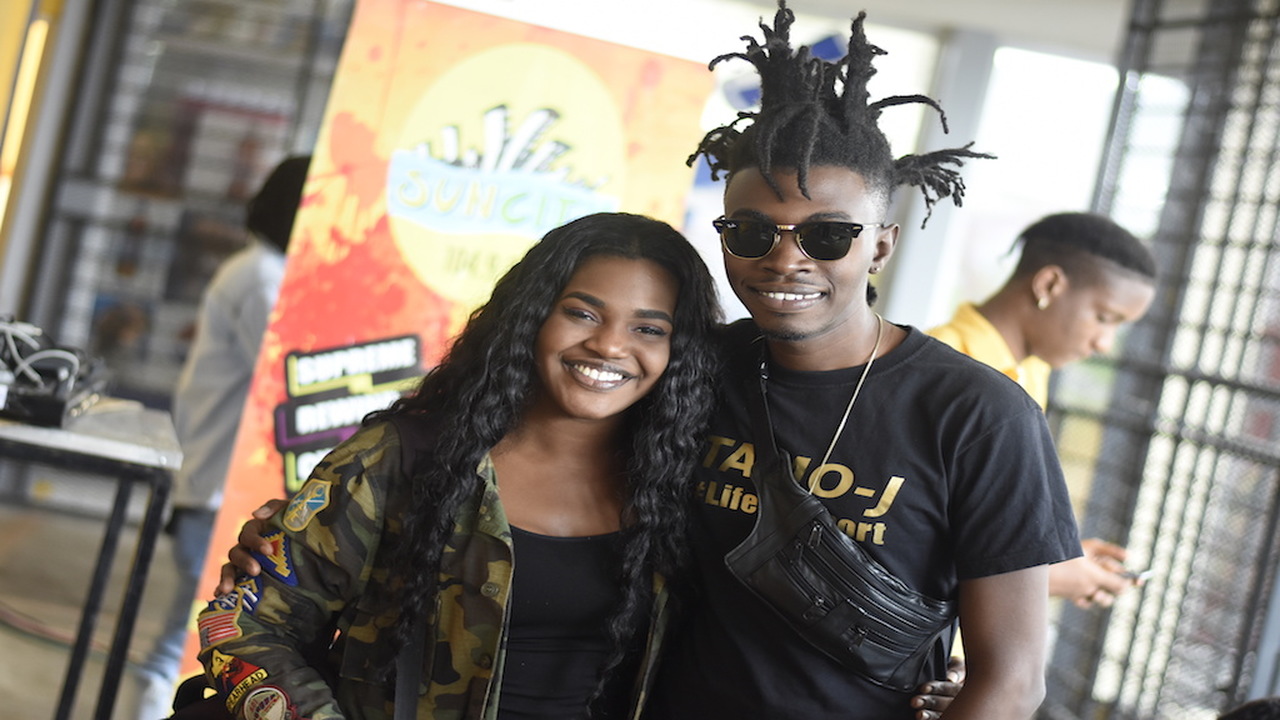 The SunCity Radio Campus Invasion tour rolled into the University of the West Indies last Thursday afternoon and disrupted the usually tranquil atmosphere at Student Union with a mix of life journey guidance and entertainment for students.

Showers had threatened to halt the activities, but the SunCity team creatively made adjustments to ensure that the live broadcast took place. Even though the turnout was affected, the students that braved the weather, had a fun-filled afternoon.

Student Union was the third stop in this year's Campus Invasion, SunCity’s annual outreach initiative for Youth Month. It is the fifth staging of the event. 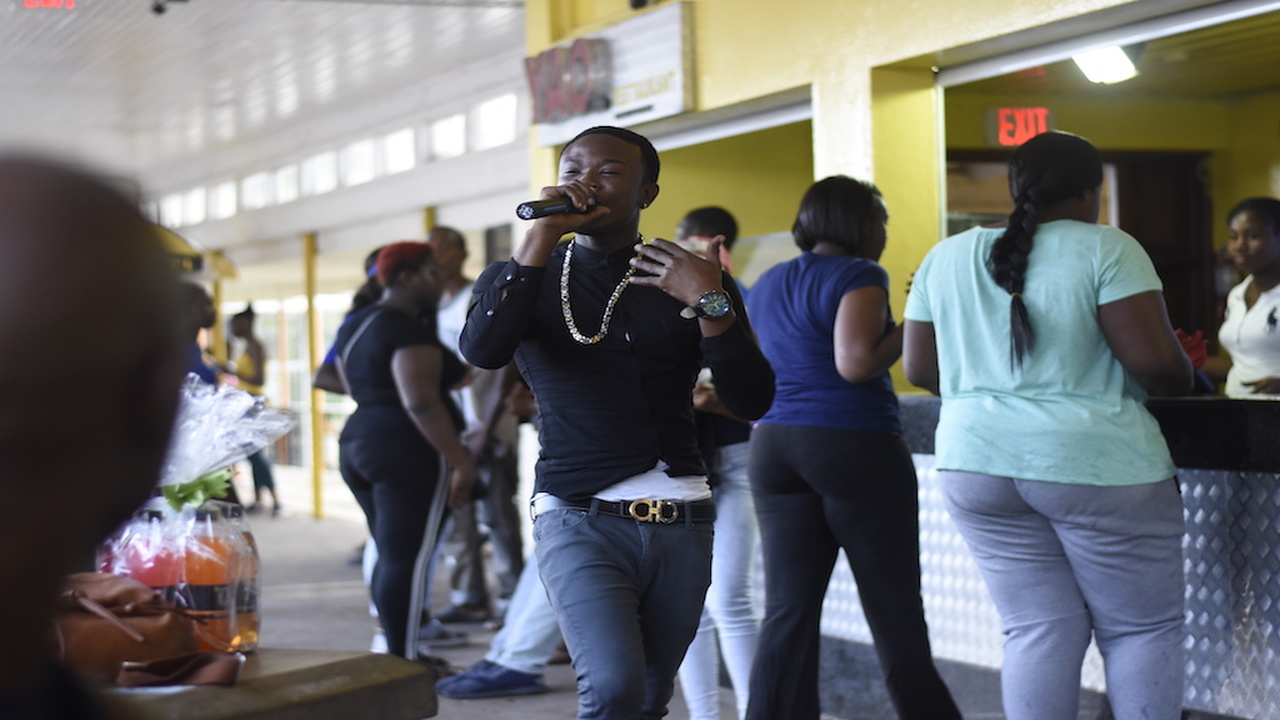 GC Foster College and Portmore Community College have already been invaded, while stops will be made at the University of Technology and Mico University on Thursday and Friday of this week respectively.

Taneika Thomas, Producer at SunCity said, “every year is a theme and we try to empower, teach and educate the students on the topic that we have selected. This year our topic is: After College What’s Next – Making Money Moves.

“So what we are basically doing is telling these students that, after college, it is not that easy and there are a lot of persons who, after they leave university, find it hard to do the transition from school to the working world," Thomas continued.  “So we are trying to show them many different options including money management because it is an important part of life.” 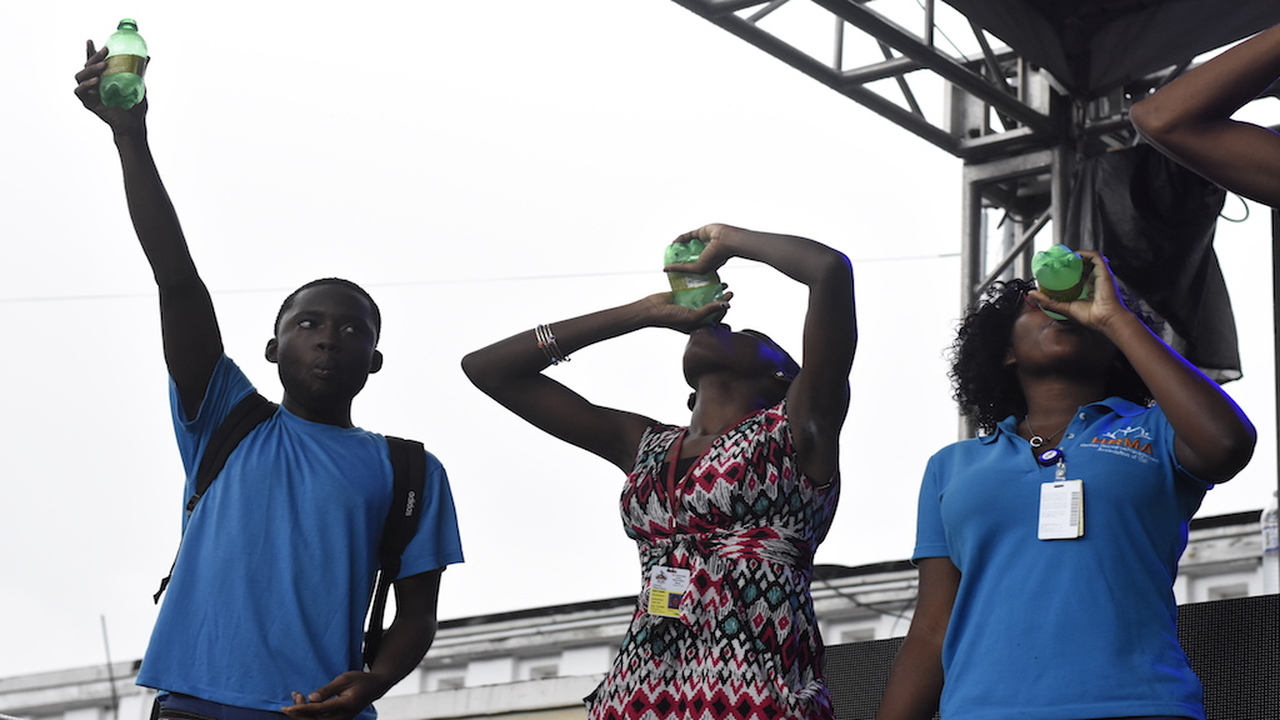 Speaking to UWI students about their financial future were presenters from sponsors Sagicor Group Jamaica, while representatives from the National Family Planning Board (NFPB) advised on safe sex and family planning.

Sponsors Yummy Bakery was delighted that the event still brought cheer to the university students, despite the downpour that interrupted many times.

Tiffany Gowdy, Marketing and Communication Assistant for Yummy, said, “it is exciting. As much as the rain is pouring down here today, students are still showing up and supporting as much as they can.

“The college and university students are some of our main supporters and we just wanted to show that they are appreciated by showing our support to them as well.” 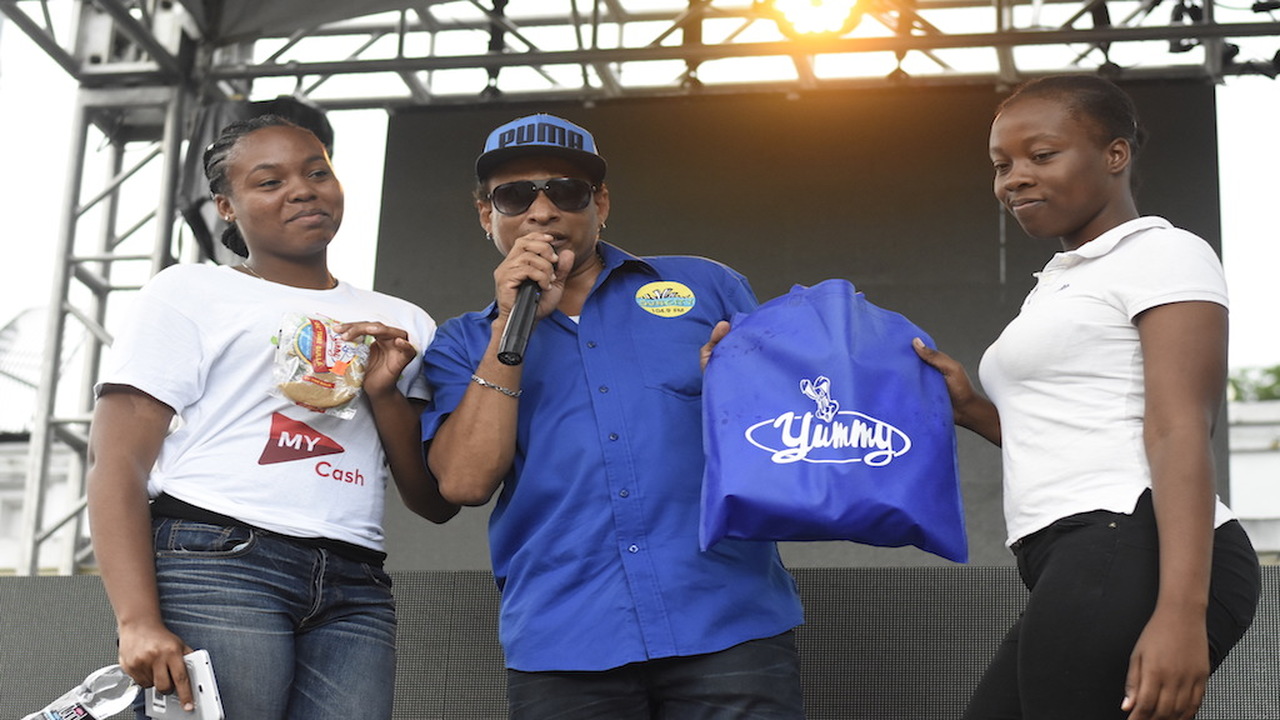 According to Gowdy, the company also saw the opportunity to twin Campus Invasion with its Yummy Campus Winnings competition, with the latter giving students the opportunity to win prizes such as money for tuition, laptops, tablets and phones when they purchase Yummy products.

Meanwhile, entertainer Tamo J said that he agreed to be a part of the tour to help to raise his profile among young people.

Tamo J said, “SunCity is a radio station so that’s where our platform is. So from it is Campus Invasion we are talking about every university and it is a great look to get the music into the school system and get some fans with the upcoming generation as well as to connect with the fans that we have already in the universities."

Second-year Human Resource Management student, Shericka McGregor said, “it was really fun although the rain kind of spoiled things a bit as it would have been much better. The turnout is somewhat okay and persons are enjoying themselves despite the rain.”

Tamo J was among a number of entertainers who gave the students short performances that they lapped up with glee. Some of the other performers included Rally Banks, Shellinz, Alexx A-Game and Monifa. See more photos in slider below.

Entertainers serve up for charity in SunCity Cook-Off