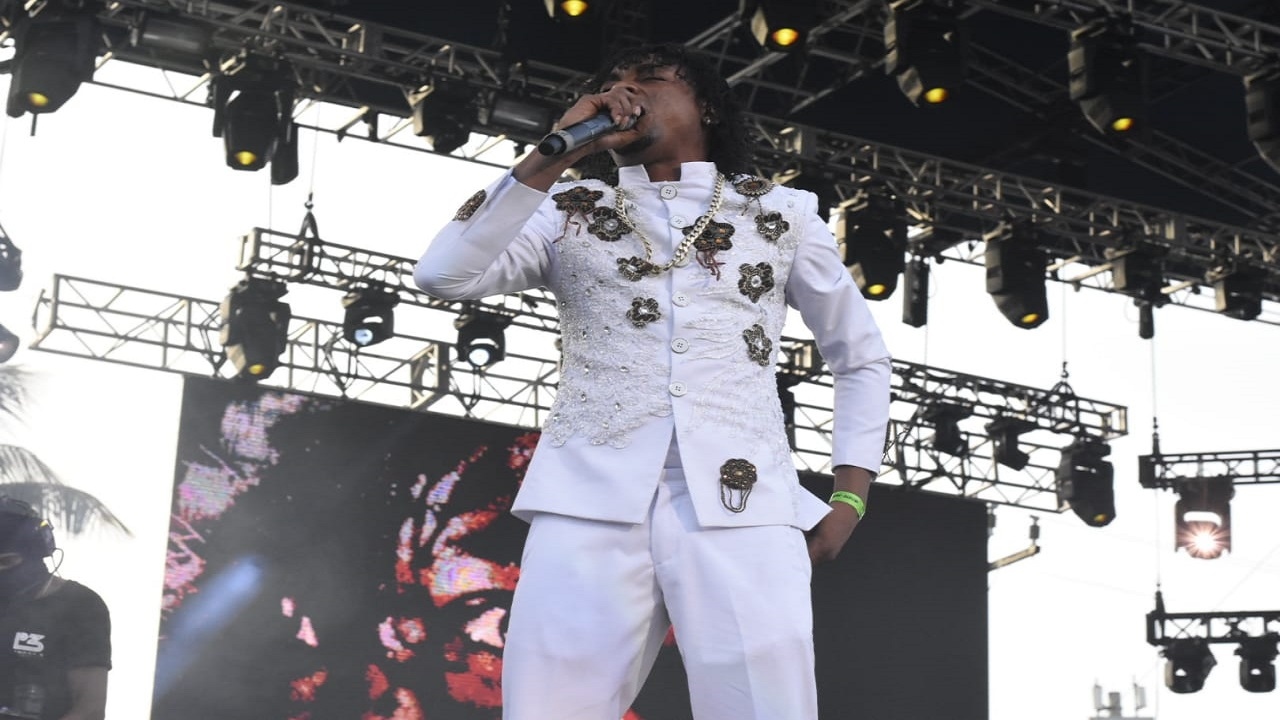 King was among three hometown stars to close the first of the two-night live concert segment of the ‘greatest reggae show on earth’ – he was followed on stage by Teejay and Tommy Lee Sparta, who brought the curtains down on the first night of performances for the second consecutive year.

Introduced by emcee Nuffy around 6am, Rygin King entered the stage to loud cheers and immediately whipped his hometown fans into a frenzy with his signature voice singing hits ‘Things Go Change’ and ‘How Me Grow’. 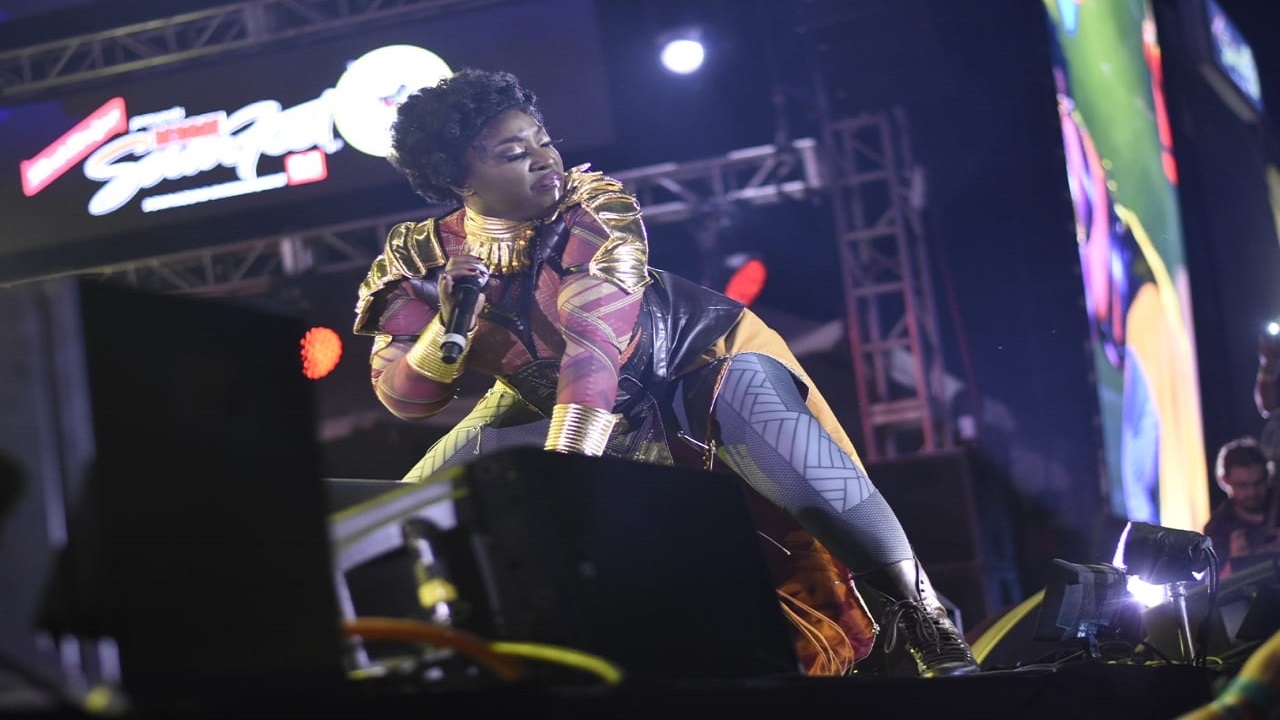 Spice was up to her usual antics.

The cheers for the Glendevon native intensified after he openly defied the organisers’ attempt to get him to leave the stage when his allotted time was up, and reached major proportion with his final song, ‘Learn’.

Teejay and Tommy Lee Sparta were not to be outdone and also represented well for the west – the former with tunes such as ‘Days Dem’ and ‘Up Top’, and the latter with selections from his cadre of hard hitting songs including ‘Dismiss’ and  ‘Buss A Blank’.

Spice stood out as usual with her addition of props to her performance, this time using Black Panther’s ‘Wakanda’ theme to keep the audience glued to her set. She also got engaged in a dance challenge with emcee Miss Kitty, whose flip and split had the entertainer conceding defeat as the audience lapped up the act.

Among the early acts, Agent Sasco and Tosh Alexander delivered standout performances, with both putting together solid sets that worked the crowd. Ghanian Stonebwoy also impressed with his set that had the crowd moving and rocking along. 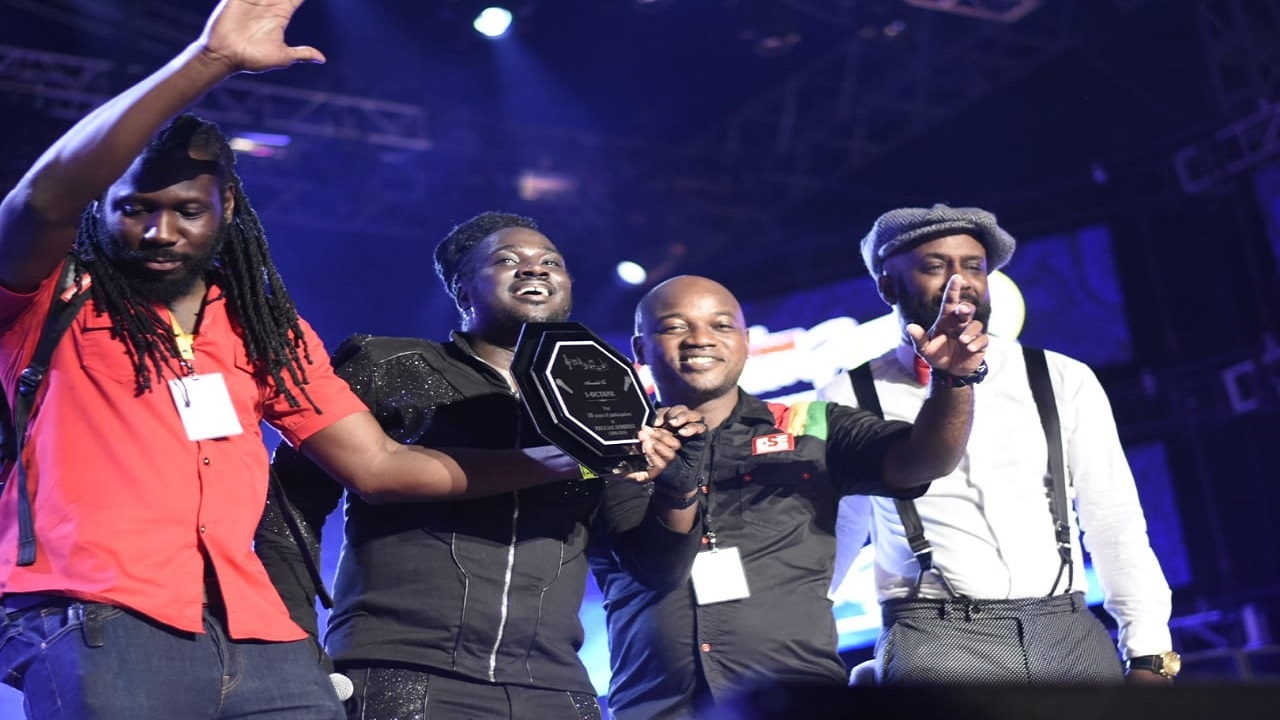 I-Octane receives an award to commemorate his 10th year performing at Sumfest.

This year’s show was different in terms of lineup, with most of the veterans being among the earlier acts including Sasco, Bounty Killer and I-Octane.

Bounty Killer, in an interview with Loop Jamaica, said the organisers asked that he performed early to allow some of the younger acts to come later in the show and he complied, as he knew he could hold the crowd, whichever section he was on.

Meanwhile, I-Octane was presented with an award after completing his 10th performance on a Sumfest stage.

Sumfest moves into higher gear on Friday with dancehall night