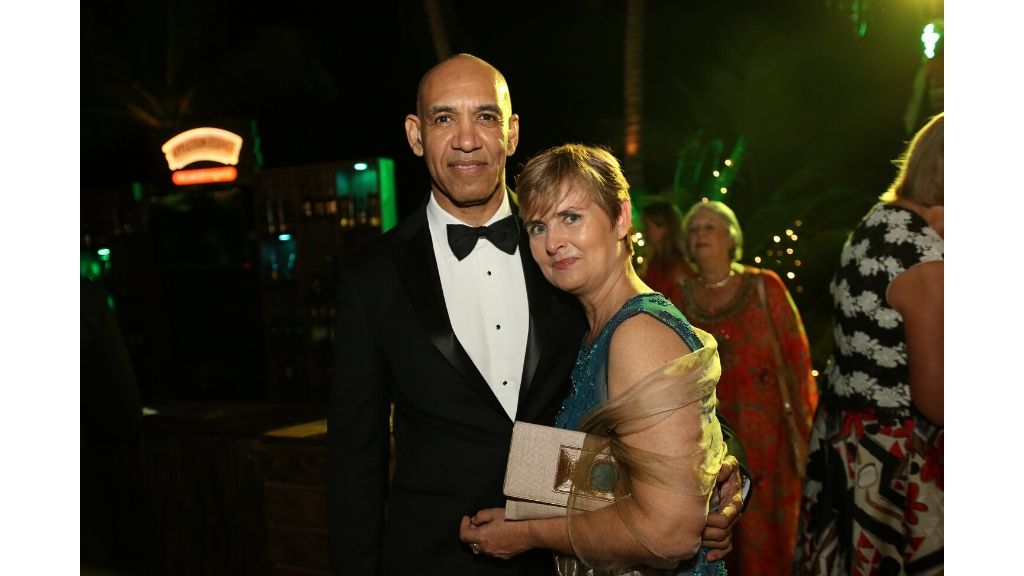 To cap off love weekend, the Hanover Charities created a Rio Extravaganza Sugar Cane Ball that was simply magical.

From the fanfare as guests arrived at the Round Hill Hotel and Villas venue to the spectrum outburst in décor by Joanne Robertson, this 62nd staging exceeded expectations.

The annual fundraiser, known primarily for themed celebrations, became yet another spectacle on the South coast social scene.

But, this iteration was more than feathers, va-va-voom, and the bright colours typically associated with Rio de Janeiro, Brazil.

The annual charity fest, which typically falls during Valentine’s Day, afforded guests a live performance from the Sahaba band led by musician Chokey Taylor; a three-course dinner courtesy of Round Hill executive chef Martin Maginley and the well-trained staff.

Within the first 10 minutes of bidding, auctioneer Rachael White Young of Christie’s New York fame helped raise US$175k for the organisation, and that's just the tip of the iceberg!

It'll take about two weeks to confirm the total funds amassed from all proceeds. Naturally, Hanover Charities chair Katrin Casserly was over the moon.

At the Chukka Foundation/Hanover Charities Polo match the following day, Casserly shared a bit of the excitement with Loop Lifestyle.

“I really think that we topped last year’s fundraising amount, so we can really help a lot of projects in the parish,” Casserly gushed.

“I’m ecstatic! I’m very happy…all the work and months-long planning and organising have really paid off. We had a beautiful party, great energy at the party, a sold-out event, and guests came out in costumes to replicate the Rio Extravaganza theme.”

Casserly believes the charity has surpassed the US$600k hallmark, the amount accumulated from a series of auctions, sporting events and donations for last years Imagine themed event.

Among the over 85 items up for grabs were a Josef Forstmayr/Katrin Casserly-curated night in Vienna at the famed Hotel Sacher and a six-night stay at a rooftop apartment in a restored Austrian townhouse dating back to 1721.

Guests could bid on funding a pavilion and a new kitchen for the Lucea Infirmary – which houses 52 elderly people with illnesses and disabilities.

With an open dance floor and a seemingly unending supply of libations, the party went on into the wee hours of the night.

The 2020 Hanover Charities Sugar Cane Ball was chaired by Christy Montgomery and was held in honour of the Ohrstrom family.