SUE ME! Lambert Brown refuses to apologise over 'extradition' tweets 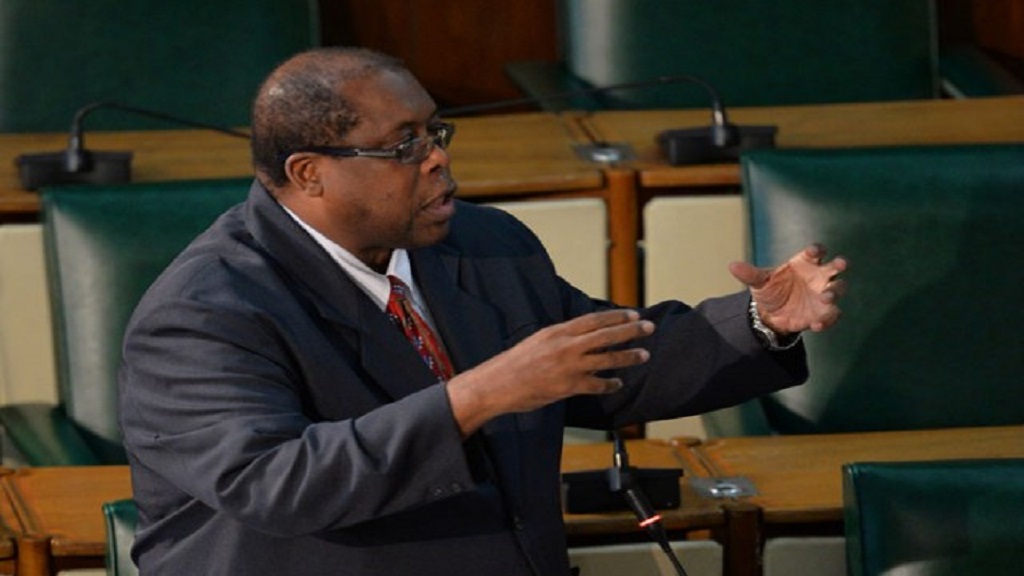 Despite calls for an apology for statements he allegedly made on social media about a perceived extradition request by the United States, Opposition Senator, Lambert Brown, has refused to apologise, and has denied making any such statement implicating a Government minister.

This followed demands made by Government Senator, Charles Sinclair, in the Upper House on Thursday for Brown to apologise for the statements which erroneously casted aspersions on a Government minister.

Two weeks ago, Brown launched a vigorous Twitter campaign calling on Prime Minister Andrew Holness to officially address whether an extradition request had been made for a member of his Cabinet. The People's National Party (PNP)-appointed senator did not mention the name of the Cabinet official.

However, the United States Embassy on Sunday, January 12, issued a statement indicating that there was no extradition request from the US for any minister of the Government.

On Thursday, Sinclair declared that Brown's statement had international implications, and insisted that Brown should apologise for his actions.

"In the last few weeks, there was a public statement that was made by Senator Lambert Brown that imputed improper motive on a minister (of Government). The innuendo went so far that it involved not only casting aspersions on a minister who is a Member of Parliament…, and the innuendo would have directed us in a particular direction. Mr President, Senator Lambert Brown, I'm submitting to you, must apologise," Sinclair contended.

He further argued: "It (the statement) required a response from the United States Embassy, which, Mr President, is an unusual situation. I'm saying in the circumstances, Senator Lambert Brown should extend an apology."

But Brown fired back at the claims made by Sinclair, insisting he made no accusation against any Government minister.

"I have made no accusation against any minister. If I did so, tell that minister to sue me," Brown suggested.

While stating again to Senate President, Tom Tavares-Finson, that he made no such accusations, Brown indicated that he would be meeting with Political Ombudsman, Donna Parchment-Brown, about the matter.

"The political ombudsman has written to me, and I will see her. I have asked her to show the evidence... which she intend(s) to rely (on), and she has sent me material, none of which has shown what the senator (Charles Sinclair) so slanderously declared," Brown remarked.

In early January, social media was charged with speculation that the US had requested the extradition of a number of Government officials, including Daryl Vaz, Minister without Portfolio in the Ministry of Economic Growth and Job Creation, with responsibility for Land, Environment, climate change and investment.

Vaz and his wife, Ann-Marie, both Members of Parliament (MP), had their US visas revoked last year, along with Phillip Paulwell, a PNP vice-president.

The rumours of extradition continued to swirl on social media despite Vaz, in a radio interview, denying that he was the subject of any US extradition request.

On January 10, Brown joined the discussions on social media regarding the rumours by retweeting an individual's initial tweet on the matter.

Brown tweeted: "Will the PM (prime minister) answer this pointed question? At the same time, will the PM also dismiss the lingering questions about extradition request? Silence not helpful at this time. Answer the question!"

Vaz, through his official Twitter account, retweeted Brown's tweet and wrote: “Wagga wagga Lambert (Brown), you and your comrades need to stop the political propaganda despite the silly season..."

Not fazed by Vaz's description of him, Brown responded by tweeting: "Guess the question asked by someone else remain(s) unanswered. Will the PM answer the question and put the country at ease (?) I welcome abusive comments especially from people who have had critical n (and) adverse comment from our corruption watchdog."

The Opposition senator, between January 11 and 12, continued his litany of tweets regarding ‘extradition’, despite being trolled by Jamaica Labour Party (JLP) supporters and other Twitter users.

Then on Sunday afternoon, January 12, the US Embassy, in an unprecedented move, issued a tweet in an effort to put the matter to rest.

Brown would later commend the US Embassy for the step it took to clarify the matter.

"Strange that he (the prime minister) can't (answer the rumours), but the US Embassy have (has) more respect for Jamaican(s). They have answered the question that our Gov't has been coy on. Thanks to the US Embassy. Note they say Gov’t of Ja has been co-operative on these issues. What issues?" the senator wrote.

Having been widely bashed by Twitter users for spreading rumours and fake news, Brown on Monday, January 13, denied those accusations.

He tweeted: "I started no rumour. I asked legitimate questions. Gov’t tongue got tied and couldn’t answer. That is the reality. Are we getting to a point that questions are not permitted in our democracy? If I started the rumour, why not sue me? Bring it on!"