Submachine gun with silencer seized by the police in Montego Bay 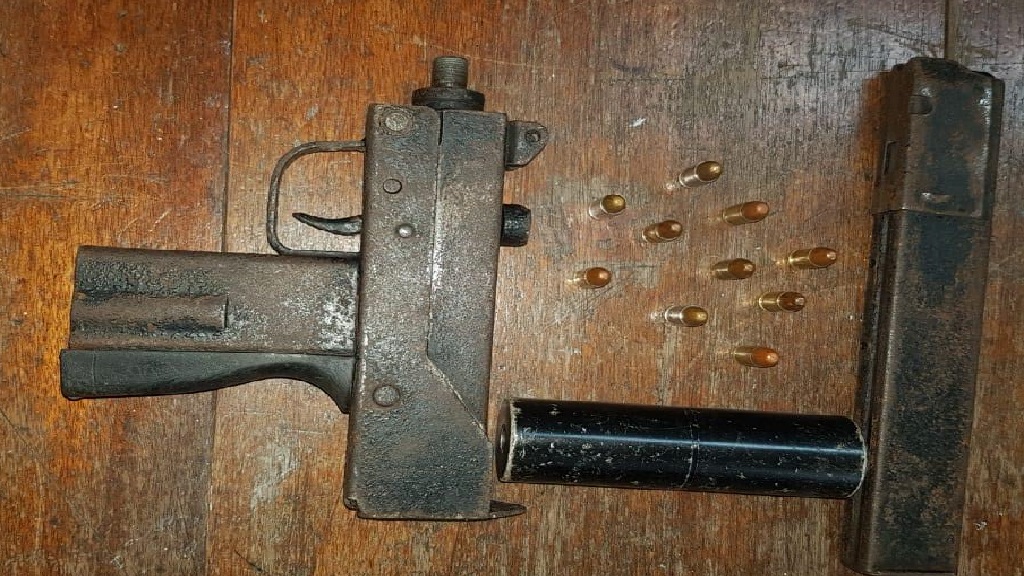 The submachine gun, ammunition and a silencer (the cylindrical-shaped object at centre) that were seized by the police in Montego Bay, St James on Thursday.

The St James police on Thursday seized a submachine gun, along with ammunition and an accessory of concern in the Bottom Melbourne community in Montego Bay.

The find has reportedly triggered heightened focus on the extent of some criminality enterprises locally.

Reports are that about 7.35 am, a team of law enforcers, acting on intelligence, carried out a search of an unoccupied premises in Bottom Melbourne.

During the search, a submachine gun with its serial number erased, along with a magazine containing ten 9mm cartridges, and a sound suppressor (silencer), were found in a black scandal bag underneath a zinc at the side of the premises.

No arrest was made in relation to the find and seizure.

Arising from the find, concern has been raised by some police sources about instances in which the police have found silencers that were in the hands of criminal elements. The concern stems from consideration of the negative potential impact of criminal shootings in relative silence with the use of sound suppressors, especially in the instant case, with a submachine gun that is very small in size and can be relatively easily concealed.