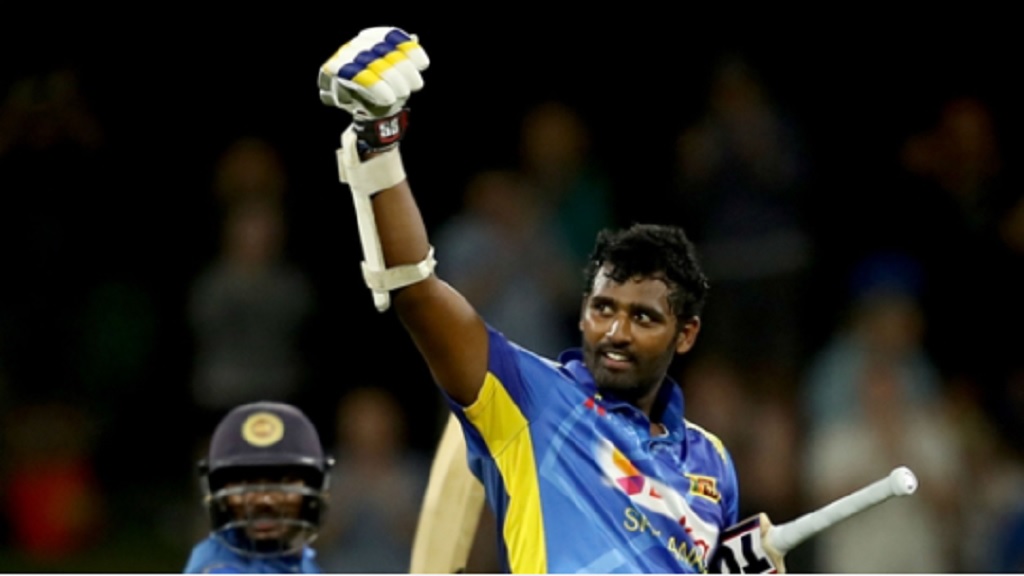 The tourists looked to be heading for a crushing defeat when they collapsed to 128-7 in reply to 319-7 in Mount Maunganui on Saturday.

Thisara had other ideas, though, mounting an incredible onslaught to leave Sri Lanka scenting an unlikely victory before he was dismissed for a brutal 140 from only 74 balls.

The all-rounder, playing his 147th ODI, smashed 13 sixes and eight fours in a scintillating display of clean striking after Danushka Gunathilaka made 71, but Sri Lanka were consigned to a series defeat with one match to spare.

Ross Taylor (90), Colin Munro (87) and Jimmy Neesham (64) earlier made half-centuries to get the Black Caps up to an imposing total.

Munro boosted his World Cup hopes with a first ODI half-century for a year, matching his highest international score in the 50-over format after being dropped by Dinesh Chandimal on 60.

He put on 112 from just 108 balls with Taylor after Martin Guptill (13) and Kane Williamson (1) fell, clearing the ropes twice in a swashbuckling 77-ball knock before he was run out following a mix-up.

Taylor produced another classy innings after also making a half-century in the opening match of the series, rotating the strike well as he found boundaries hard to come by.

The former captain was also run out 10 short of three figures, but the runs continued to flow as Neesham produced more fireworks in an entertaining 37-ball innings - Lasith Malinga (2-45) and Nuwan Pradeep (1-59) the only wicket-takers.

Sri Lanka capitulated from 112-2 to 128-7 in the space of five overs, Gunathilaka one of two victims for Neesham (2-48) as New Zealand closed in on an emphatic win.

Thisara then came to the fore in devastating fashion, striking Ish Sodhi (3-55) for back-to-back sixes before bringing up his half-century from only 28 balls.

He also took a liking to Trent Boult, striking the left-arm seamer over the ropes four times and launching Tim Southee for four sixes in an over.

Sri Lanka needed just 24 from the last four overs, but Boult took a superb catch at long-on to remove Thisara off Matt Henry and end their hopes of pulling off what would have been an incredible victory.