Study shows nutritional deficiencies in the Caribbean will increase 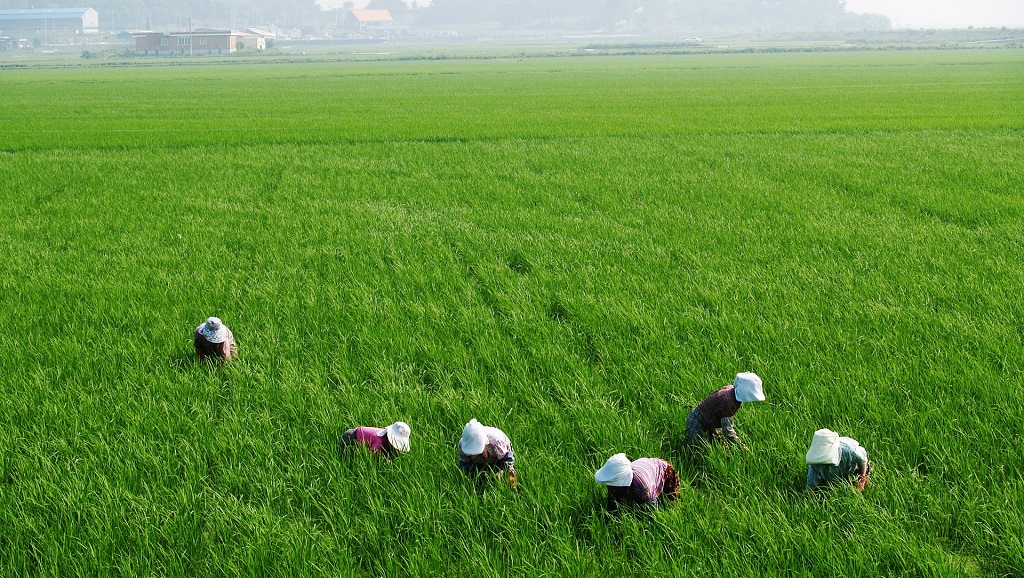 Studies have indicated an increase in non-communicable diseases in the Caribbean as a result of nutritional deficiencies due to climate change.

The study, done by Samuel Myers and Matthew Smith at the Harvard Department of Environmental Health, showed an increase in nutritional deficiencies from a decrease in quantities of zinc, iron, and protein in staple crops such as wheat and rice.

Myers who is also Director of the Planetary Health Alliance, was speaking at the Caribbean Planetary Health Conference hosted by the University of the West Indies (UWI) Faculty of Medical Sciences in St Augustine, Trinidad, on January 19, 2020.

(Image by Moshe Harosh from Pixabay)

The 10-year study analysed staple crops such as wheat and rice under high CO2 environments, which mimicked the levels likely to be experienced by 2050 due to global warming.

The results showed that higher CO2 levels resulted in up to 17 percent less protein, iron and zinc, which Myers said is very worrisome.

The study noted that approximately 662 million people are currently protein deficient and 1.5 billion people worldwide are zinc deficient, and these numbers would increase as carbon dioxide levels increase.

According to researchers, this could result in millions more suffering from zinc, protein and iron deficiencies.

“Carbon dioxide levels are fundamentally changing the nutritional level of the food we eat. We found grains like rice and wheat also lost amount of their protein, and this was very worrisome.”

“There are 1.75 billion people who are depending on the kinds of crops that are losing their nutrients for at least 70 percent of their dietary zinc and/or iron, so that is concerning, particularly as we have this baseline of around two billion people around the world who are already suffering from micronutrient deficiencies.”

“If their suffering from these deficiencies and the crops they’re depending on are losing (those nutrients), that is problematic,” he said.

According to the study, 7.2 million more women in Latin America and the Caribbean of childbearing age may suffer from an iron deficiency by 2050 under these conditions.

Iron deficiency results in a condition called anaemia, which causes symptoms such as fatigue, dizziness and shortness of breath.

According to a 2016 report from the World Health Organisation (WHO), over 30 percent of children under the age of five in Trinidad and Tobago suffer from anaemia.

Meanwhile, zinc is critical for cellular metabolism and growth development. Some of the diseases likely due to zinc deficiency include growth retardation, loss of appetite, and impaired immune function.

Myers said another factor influencing health is the increased use of pesticides which results in a decrease in pollinators.

“The reduction in pollination services around the world would lead to around 700,000 excess deaths, and most of those deaths are from the same things killing people in Trinidad and Tobago, which is the metabolic diseases – heat disease, stroke, diabetes, and some cancers, because of reduced consumption of foods that protect us from those diseases, like fruits, vegetables, nuts and seeds, which also turn out to be pollinator-dependent,” he said.

He also referred to an increase in vector-borne diseases such as yellow fever and malaria, due to an increase in mosquitos in tropical regions, as a result of temperature increases and more intense storm activity.

Additionally, Myers said a study showed that Caribbean people depend on fish for critical amounts of nutrients, which is also under threat as fish migrate away to cooler regions. 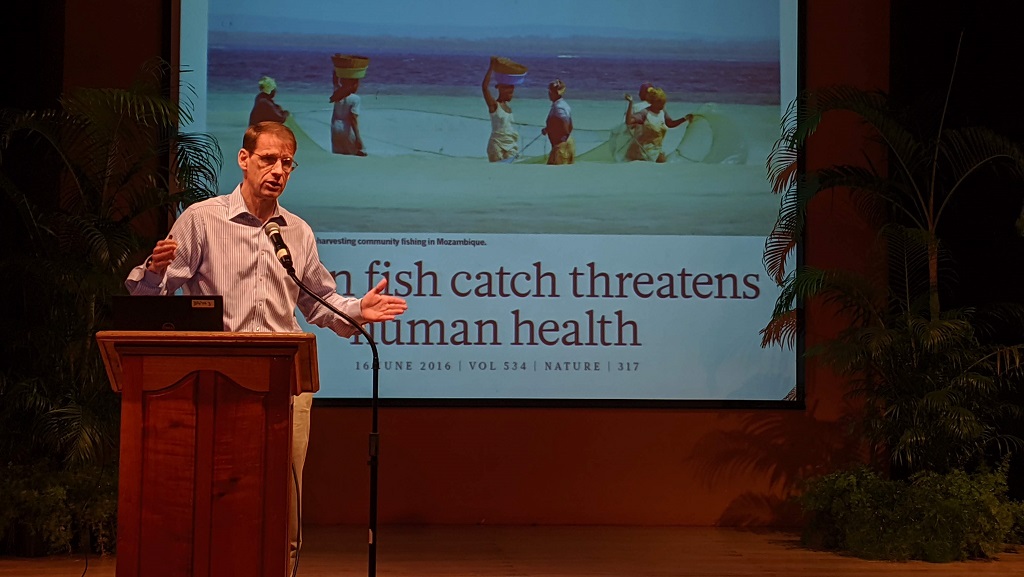 Myers said the planet is straining under the burden of supporting the human population, and something must be done now.

“The scale of the human enterprise is now outstripping the capacity of our planet to support us. It can no longer absorb our waste or provide the resources that we’re using sustainably.

“As a result, we are transforming most of the natural systems on the planet….it’s not just the climate we’re changing, we’re changing many other systems.”

“It’s complicated and as we change these systems, we will see changes in our exposure to diseases,” he said.

Myers said this potentially catastrophic effect on the global food supply must be halted.

“We know that if we substitute protein in our diet for starch that we increase the risk of hypertension, dyslipidaemias (increased risk of heart disease and stroke) and metabolic diseases as a result and yet we’re actually doing that experiment on the global food supply as we raise global carbon dioxide levels.”

“We’re seeing less protein in our staple food crops and more starch as a result of rising CO2.”

Myers encouraged the public to reach out to their representatives to demand measures to decrease CO2 emissions and to seek out information on how to reduce their own carbon footprints and create a circular economy.

"We need to change the way we do pretty much everything. There's an enormous amount of stupidity in how we're doing just about everything. If we look at the global food system we can be so much more efficient...in how we produce the world's food. (Regarding) the energy system, we already know how to switch to renewable energy and it's just a matter of switching as fast as we can." 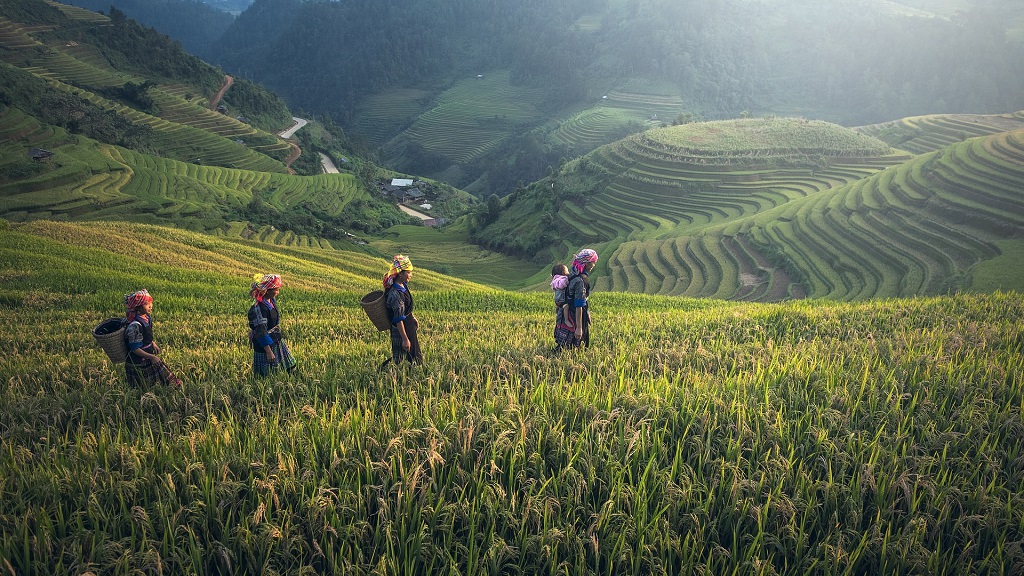 (Image by Sasin Tipchai from Pixabay)

"We can embrace, particularly in an island nation, the circular economy, which is reducing how much we use and how much waste we produce, being much more efficient across the board. There's an enormous amount we can do across every sector and it's going to take every sector to resolve these problems."

"There's a sensitivity to what it means to live within your constraints as an island nation...I think there's real potential for a Caribbean hub here to lead the way to think about how do we organise ourselves to do these things so that we move into balance with the environmental means available to us," he said.

For more information on the Planetary Health Alliance see https://www.planetaryhealthalliance.org/