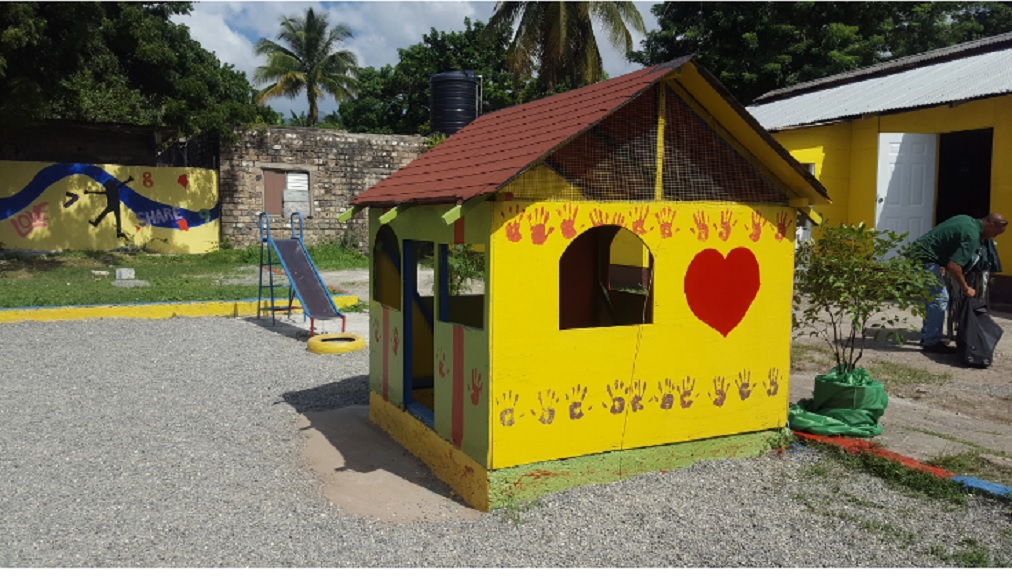 Students of the Mona Commons Basic School in St Andrew will now be able to play without the danger of injuring themselves due to the conversion of their playground from cement to pea gravel.

The refurbished playground was unveiled by school authorities during a ceremony at the institution earlier this week.

Principal, Shana-Kay Palmer, was overjoyed for her students.

“I am bursting with joy, I am elated, I am overjoyed,” Palmer said.

The principal said her students will now be less prone to injury with the new conversion. 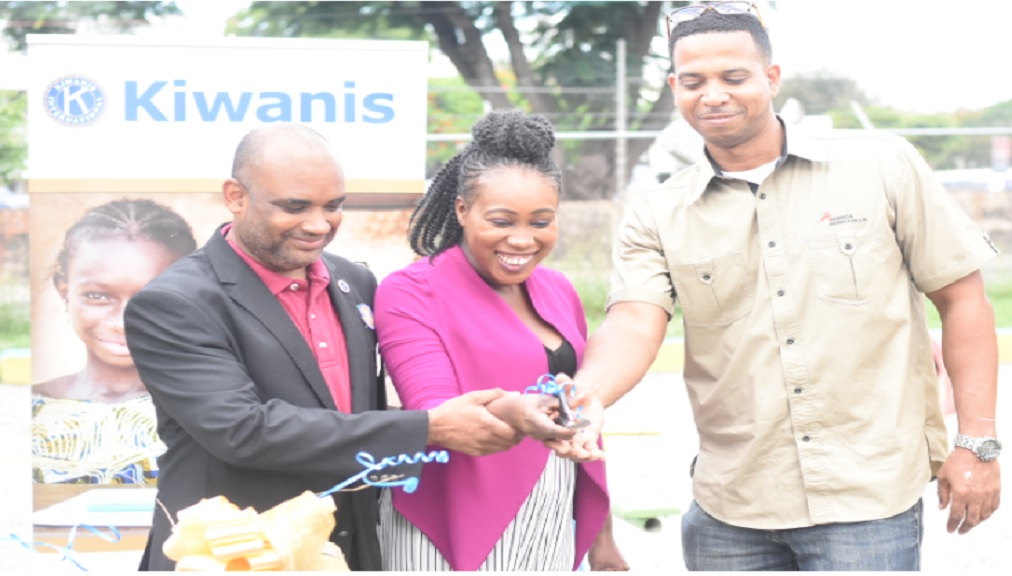 Work on refurbishing the playground was conducted by approximately 120 Kiwanians from Division 23 Central, Key Club, Circle K and community members. Support for the project was received from members of the Jamaica Defence Force who removed the concrete prior to the Kiwanis One Day workday on October 26th. Jamaica Aggregates donated 33 tons of pea gravel and Sherwin Williams donated 25 gallons of paint. The refurbishing was completed on the day.

“Before we had the concrete, now we have the pea gravel which will create more cushion for their fall. When they fall their injury will be less, so it's about their safety,” Palmer told Loop News.

Palmer said due to the fact that early childhood education centres (basic schools) are privately owned and do not benefit from government assistance, funding sometimes posed a hindrance to expansion of development.

According to Sandra McPherson, past president of the Kiwanis Club of Constant Spring, the project is an initiative for the Division 23 Central Kiwanis One Day which is a special day of service each year for Kiwanians globally on the 4th Saturday in October, this year it was on October 26th. The official handover was on Wednesday, November 6.

McPherson said the club learnt about the project during their Read Across Jamaica Tour last year.

“So decided that we would take on the playground because when we look at it the entire area was just concrete so we decided to take on the project,” she said.

Cadet corps to be established in all high schools - Chang