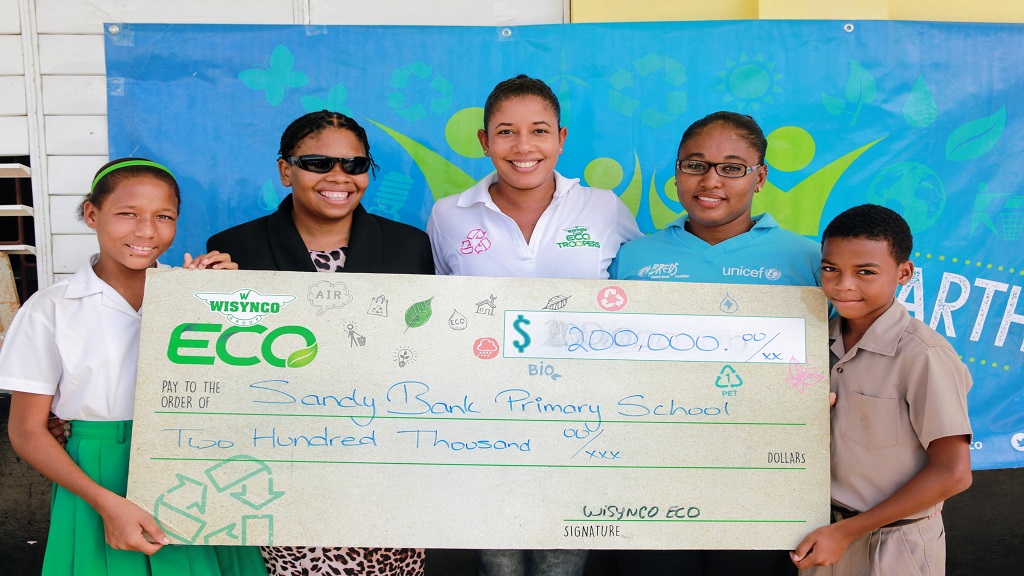 The team from Wisynco ECO poses along with student and teacher from Sandy Bank Primary, the first place winners of the third staging of ECO Club.

The initiative, which was completed in under 10 months, surpassed its target of three million plastic bottles, more than double the amount.

Through Wisynco ECO Club, students have found creative and efficient ways to recycle, involving their teachers, parents and communities.

Shelly-Ann Dunkley, Environment Communication Officer, Wisynco, was overjoyed by the success of the efforts put out by the students.

The overall competition winner in the high school category was Clarendon’s Denbigh High School, with the collection of 645,384 plastic bottles. 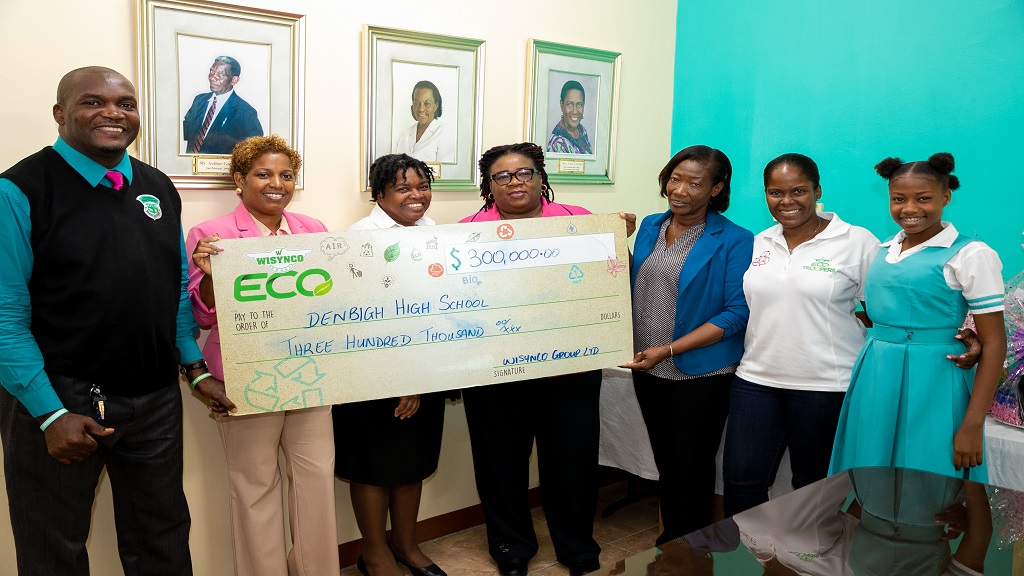 (L-R) Teachers of Denbigh High School alongside Shelly-Ann Dunkley, Environment Communication Officer, Wisynco, and student at Denbigh High as they receive their check as the winners of the 3rd staging of Wisynco ECO Club.

Denbigh walked away with $200,000 to be used in creating or continuing an environmental project at the institution.

Second and third place runners up in the high school category were Vere Technical in Clarendon, with 345,568 and Wolmer’s Boys’ School in Kingston, with 321,024 plastic bottles.  They received $100,000 and $75,000 respectively as a reward for their efforts.

St Elizabeth’s Sandy Bank was named the overall winner in the primary school category. They came out victorious with 479,808 plastic bottles collected.

Runners up in this category included Pedro Plains Primary, also from the ‘Breadbasket’ parish, and Southborough in Portmore, with 297,480 and 246,360 plastic bottles respectively.

They too received $100,000 and $75,000 respectively as a reward for their significant placement in the competition.

Wisynco also awarded cash prizes to winning schools per region across the island.

KFTL recycles close to 300,000 plastic bottles in one year