Strugglers Scorpions and Red Force face off at Sabina Park 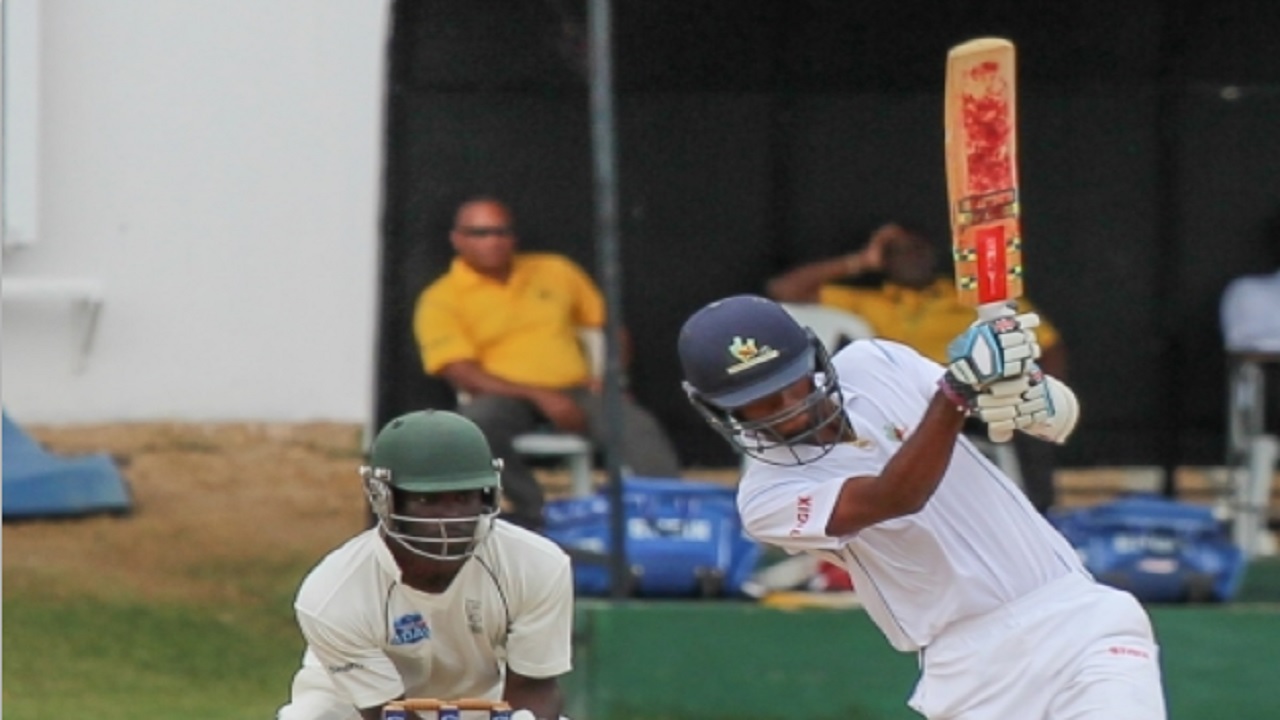 Jamaica Scorpions will go in search of their first victory of the 2018-2019 West Indies four-day championship, which continues on Thursday with two matches in the fourth round, both starting at 10:00 am.

In the other match, leaders and four-time defending champions Guyana Jaguars will be looking to forge further ahead, when they face Windward Islands Volcanoes on home soil at the Guyana National Stadium in Guyana.

Meantime, Barbados Pride and Leeward Islands Hurricanes – the other two teams in the Championship – have had their fourth-round contest rescheduled to March.

The West Indies left-hander is likely to give a huge boost to the batting of the Trinidad & Tobago Red Force.

Charles will be on duty for the President’s XI and Gabriel has been rested, as expected, ahead of him travelling to Barbados for the start of the England Tour.

Red Force will be hoping that Bravo can give the edge to their batting line-up which has let them down in the second innings of two losses on home soil against the Volcanoes and Leeward Islands Hurricanes, and familiarity will bring success for Smith on the bowling side.

The Scorpions and Red Force both had a delayed start to the season, due to unavailability of venues, and they have both lost their first two matches of the season.

Scorpions lost their two matches in similar circumstances – allowing the Pride and Volcanoes to come from behind and defeat them.

Recent history is kind to both teams: Scorpions have won four of the eight matches between the two sides in the Professional Cricket League era, but Red Force won two of the four contests at Sabina Park in the same period and earned hard-fought draw in the corresponding contest last season.

Scorpions pair of Jermaine Blackwood and John Campbell will be missing from this match, due to playing duties for the President’s XI against England in Barbados, and West Indies Twenty20 International star Fabian Allen has been sidelined with a leg injury.

Andre McCarthy, Barbadian batting all-rounder Kenroy Williams and his unrelated namesake Oraine Williams have been drafted into the squad.

JAGUARS VS VOLCANOES IN PROVIDENCE, GUYANA

The Jags have won all three of their matches this season – including the season opener against this same opponent – on the road and will relish returning home to make it four in a row.

Volcanoes rebounded from that season-opening loss against the Jaguars and enter this return contest full of confidence, following two straight wins on the road against Red Force and Scorpions.

When the two teams met in this corresponding fixture last season, it ended in the first-ever tie in the history of West Indies first-class matches.

Both teams however, will be seeking to take it a step further this time and grab a victory that could have major implications for the rest of the season.

The Jags have won all but three of their last nine contests against the Volcanoes in the Cricket West Indies Professional Cricket League era (2014-15 onwards) and have not lost a match to the visitors in 11 contests since 2013.

Chandrapaul Hemraj, Raymon Reifer, Vishaul Singh– three of the heroes of the Jaguars’ victory over the star-studded Pride in the previous round will be missing from this contest, due to playing duties for the CWI President’s XI against England in a pair of two-day tour matches in Barbados.

But the hosts can call upon the WINDIES pair of Shimron Hetmyer and Keemo Paul, as well as aggressive, left-handed opener Trevon Griffith to replace them.

Similarly, Sunil Ambris has been called up for the President’s XI and will be missing from the Volcanoes line-up from the previous round.