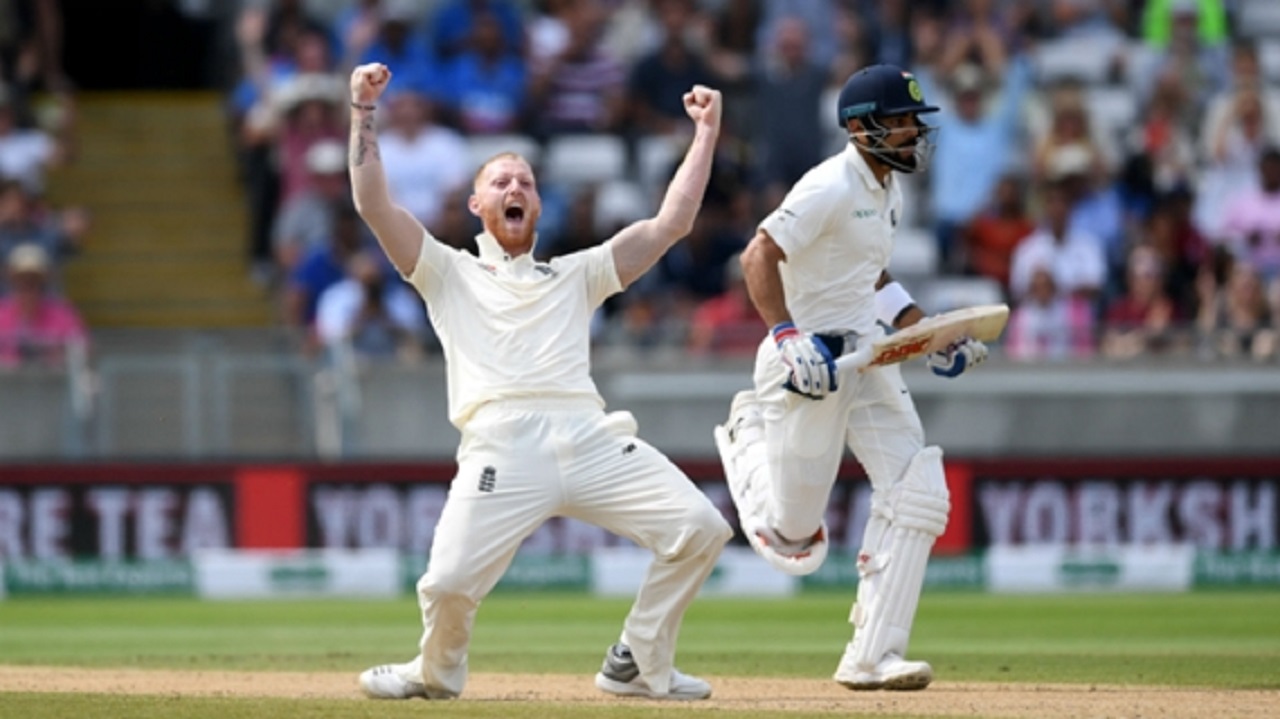 Ben Stokes galvanised England to claim a tense 31-run win over India in an enthralling first Test at Edgbaston on Saturday.

The match lasted just over three days but gripped its audience from start to finish, with England's bowlers finally getting the better of the magisterial Virat Kohli (51) to set up victory.

James Anderson said on Friday that he would go to bed dreaming of taking the wicket of Kohli, so troublesome in the first innings, but it was Stokes (4-40) who removed the India captain in a pivotal over in the morning session.

The tourists had been motoring towards their target, having started the day 84 runs short, until the Durham all-rounder intervened and tipped a see-saw Test back in England's favour.

There was still work to be done as the dangerous Hardik Pandya (31) remained at the crease, but Stokes took the decisive wicket, too, to conclude a fine week of cricket for the home side.

Anderson found Dinesh Karthik's (20) outside edge in the first over of the day and Dawin Malan, criticised for a series of costly drops, caught low at second slip to give England an early boost.

Their momentum appeared to wane over the course of the next half an hour, however, and Hardik added vital runs with a series of boundaries, while a four for Kohli brought up his half-century.

But Stokes came to the fore and trapped Kohli lbw to great celebration, before quickly adding the wicket of Mohammed Shami, sent behind to Jonny Bairstow for a duck.

The returning Adil Rashid had been left on the fringes for large parts of the match, but captain Joe Root sent the England spinner in and the move paid dividends, successfully appealing an lbw call against Ishant Sharma (11).

India worked hard to get Hardik on strike and he resisted the urge to chase any singles as their target loomed large on the horizon with just one wicket remaining.

He could not evade Stokes, though, and an edge to first slip presented Alastair Cook with a simple catch, exorcising his own drop demons from earlier in the match and clinching victory.